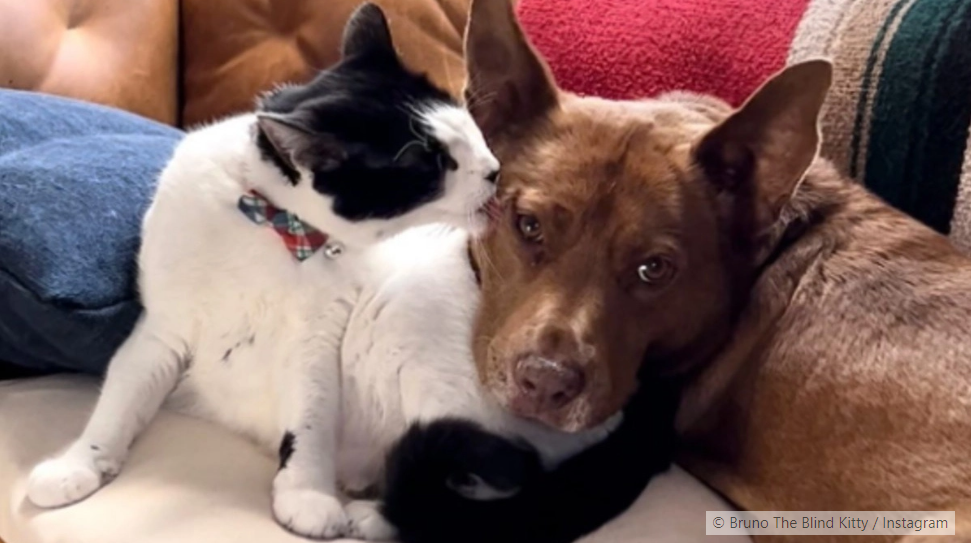 A woman who didn’t consider herself a cat person and a dog with a reputation for not getting along with felines changed their mind when they met Bruno. Both fell in love with this adorable blind and sick twink.

Kelsey has worked in animal shelters for years. Recently, she had met a very special cat in one of these shelters. The feline in question, answering to the name of Bruno, is blind and sick. He suffers in particular from feline infectious peritonitis, a serious viral disease.

Unlike many of his peers cared for by the association, he had not found a family and was staying at the shelter’s veterinary clinic where he received his treatments. 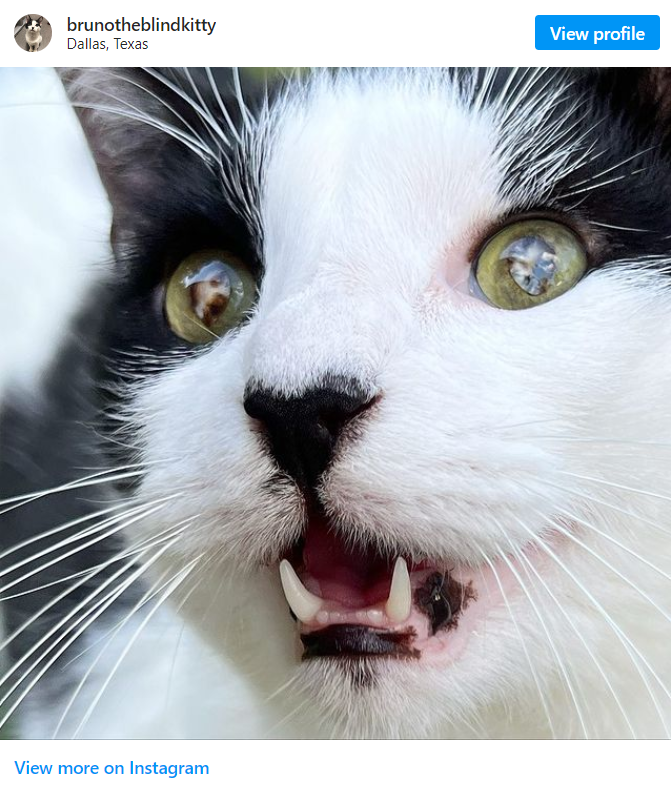 Kelsey had never considered adopting a cat, but that changed with Bruno. She had first welcomed him into her office, as she often did with other residents of the shelter.

“He kind of lived in my office and slept on my shoulders while I worked […]. He was always in a good mood and loved everyone who came to see him, ”says the young woman to Pets Radar.

She became so attached to him that she ended up making the decision to adopt him. However, she had to take into account a very important parameter in her approach; her dog Ed. 9 years old, the latter did not get along very well with cats. Kelsey feared her reaction to Bruno arriving home.

She gradually introduced them to each other, and was surprised by Ed’s positive reaction to the new family member. A week later, « they were playing together and became best friends, » says their owner. 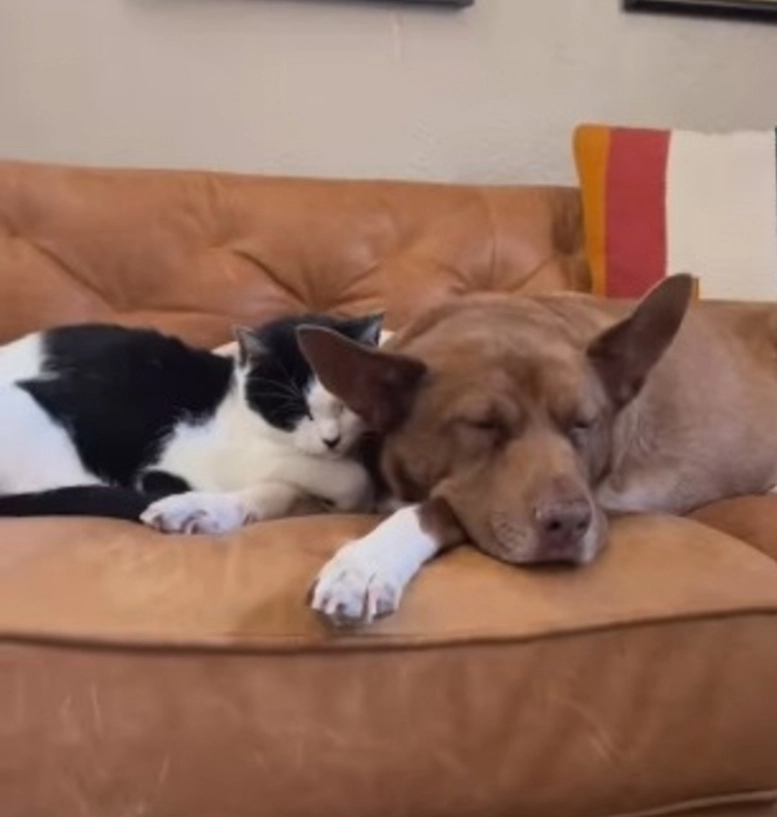 « I always say Ed is my dog and Bruno is Ed’s cat, » she jokes. Bruno has character, and despite being blind, he loves to run. He bumps, falls and gets up to continue his game, as if nothing had happened.

It upended Kelsey’s perception of life with a cat. “I never thought of myself as a cat person. I worked in animal shelters for a decade and I love cats, but I really had no idea they could have such a special bond with people.