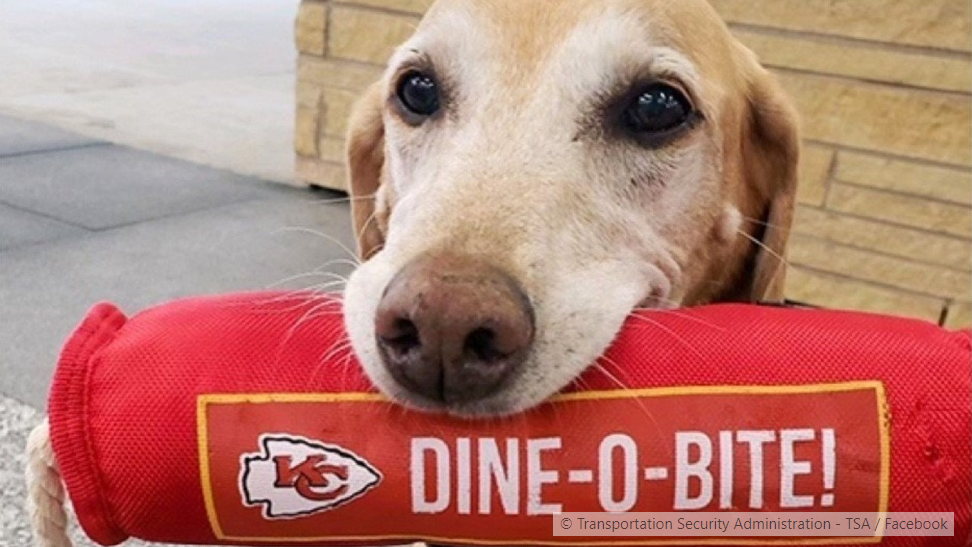 Eebbers was treated to a nice ceremony to mark his retirement, after a long service as an explosives sniffing dog at the airport. He can now enjoy his return to civilian life alongside his dog handler, also recently retired.

August 31 was a special day for Eebbers and his human and canine colleagues. This explosive detection dog has officially retired after 10 years of loyal service, reported Daily Paws.

The Labrador Retriever/Hungarian Shorthaired Pointer cross had helped ensure the safety of users and staff at Minneapolis-St. Paul International Airport in Minnesota. He had also taken part in major sporting events, such as the Super Bowl. 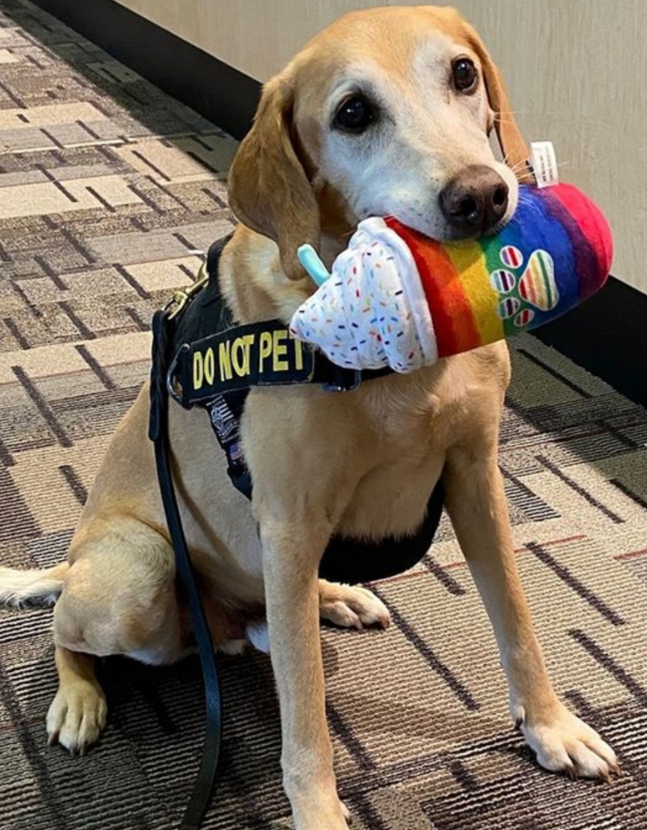 His employer was the Transportation Security Administration (TSA), the US national airport security agency.

Its name was chosen in memory of 2nd Class James H. Ebbers, a soldier in the United States Army who died in October 2002 in Djibouti. 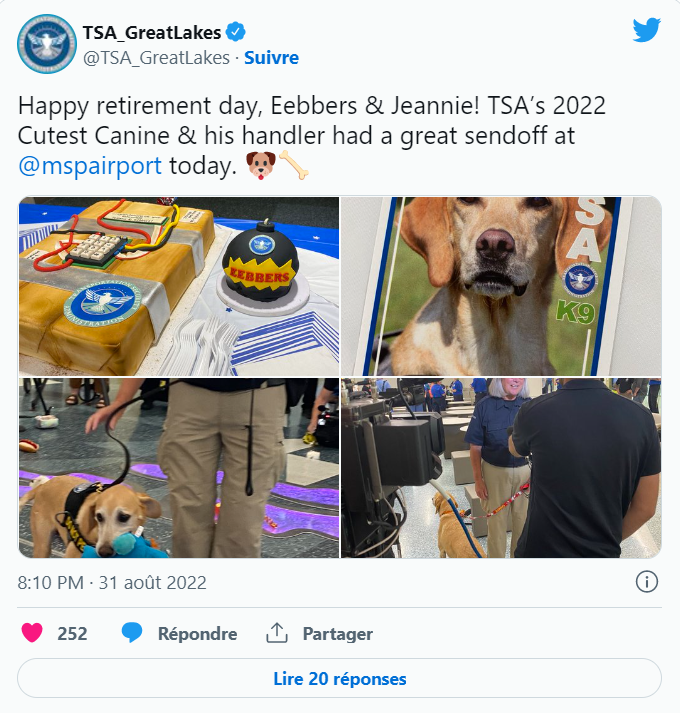 The day before Eebbers retired, the TSA announced that he had been voted the administration’s cutest dog for 2022. As such, he will be featured on the cover of the TSA’s 2023 calendar.

His handler Jean Carney has also retired, which will allow the duo to lead a peaceful and happy civilian life.

During the party organized for the dog, the latter received many gifts and was even entitled to a cake in the shape of a bomb. The members of his unit symbolically removed his service harness marked « do not pet » at the address of the public. He can now ask for cuddles at will…