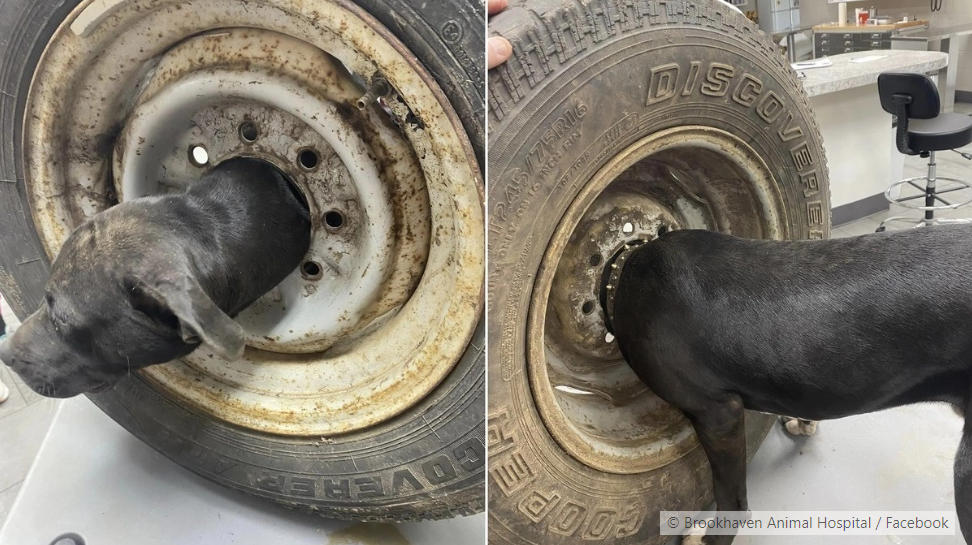 A veterinarian had to intervene on a case he had never encountered in several decades of career. His clinic admitted a dog whose head was trapped in a car wheel.

“You never know what will walk through those doors,” says Bob Watson, a veterinarian at Brookhaven Animal Clinic in Mississippi. His job always has surprises in store for him, and the latest is not the least.

On Friday, September 16, in fact, it was a dog who got his head stuck in a wheel rim that the practitioner had to deal with, reported The Daily Leader.

According to its owners, the canine had put itself in this unfortunate position by chasing a rat. Served by its small size, the rodent had slipped into the wheel to escape it. The dog had followed him there and couldn’t get his head out. 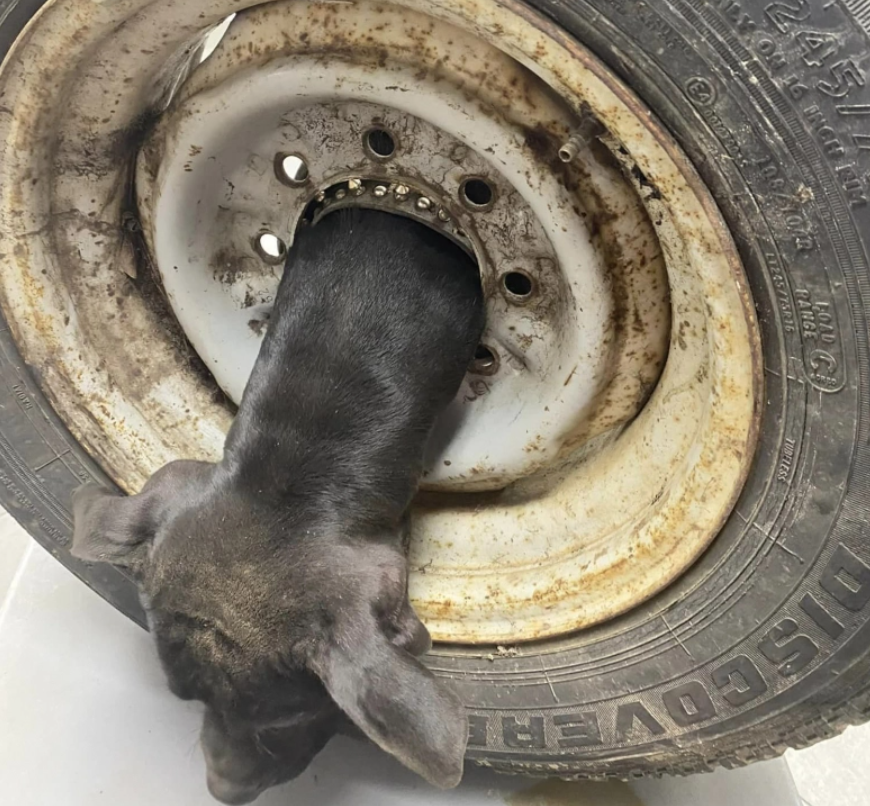 In 30 years of career, Dr. Watson had never had to perform such an intervention. However, he improvised and was inspired by a quote heard in an animated film seen by his children, « Robots » (2005) in this case. One of the characters called Bigweld says « See a need, fill a need », which could literally be translated as « See a need, fill a need » (in VF, the translation is « You can shine, little matter what you are made of”).

In other words, faced with an unprecedented situation, the reflex to have is to ask yourself what can be done to remedy it.

The dog was clearly sore and his ears were covered in scratches as the animal desperately tried to extricate himself from them. The veterinarian therefore began by putting him to sleep, both to calm him down and to be able to work peacefully. He then applied a lubricant.

By proceeding slowly and carefully, he was able to free one ear, then the other and finally the whole head. The quadruped was then woken up and, 5 minutes later, he left the clinic in the company of his masters and constantly wagging his tail.

Dr. Watson said he was charmed by the gentle and calm personality of this patient like no other. « Some dogs would have been stressed and difficult to manage, » he said.