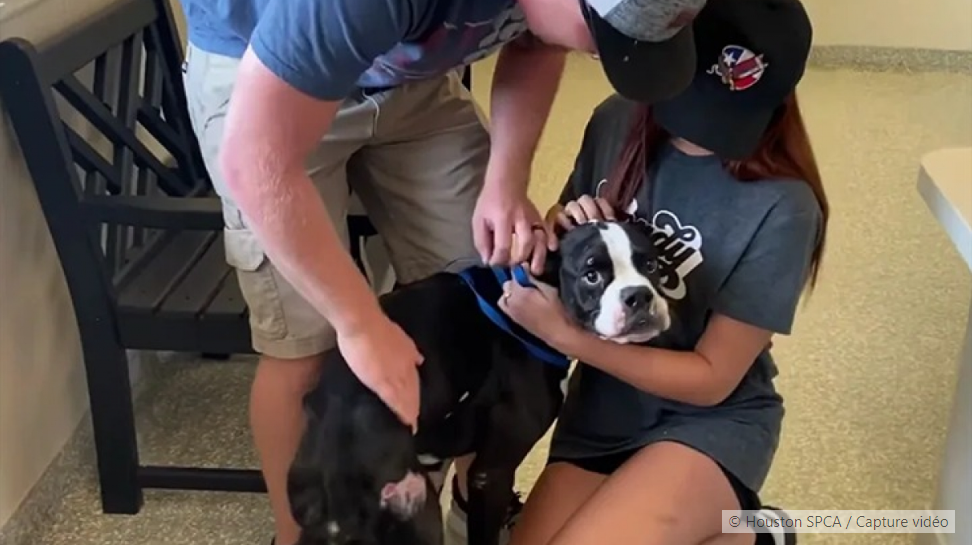 Associations keep repeating that identification, by tattoo or microchip, is their only tool to be able to contact the masters of lost animals. A real miracle has happened for the resigned family of Cash, a black and white Boxer who wandered for a year and a half before being found by chance. 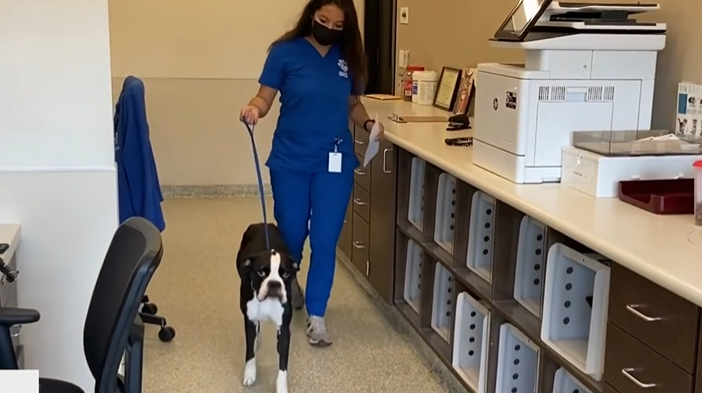 The SPCA shelter in Houston, in the State of Texas in the United States, was entrusted with an injured and emaciated canine found north of the city by the pound services. In a hurry, the pooch was taken to the local veterinary clinic Animal Medical Center. The doctor first treated him and relieved his pain. Once the dog stabilized, he scanned his neck for a microchip.

Luckily, he was indeed provided with a means of identification which informed that his name was Cash and that his owners, Jessica Ochoa and Justin Carpenter, lived nearby. “We check each newcomer entrusted to us and contact the number on the account. We reunite hundreds of animals with their families every year as well. So always make sure your dog or cat is identified and their information sheet is up to date,” a spokesperson for the shelter said.

A volunteer therefore immediately called the couple to inform them that Cash, their beloved black and white Boxer, was safe in their care.

“It was a shock. We thought we would never see him again and were resigned. So it was a nice surprise and a great joy,” Justin told Yahoo! entertainment. The man indeed explained that Cash had run away from their yard a year and a half ago.

Friday, September 9, 2022, Justin and Jessica came to pick up their faithful 4-legged companion at the rescue center. The canine seemed not to believe it either and showed immense relief when he realized that his ordeal was finally over. The doggie is now back at home with his family. His masters prepare good little dishes for him that should make him regain the weight he is missing. Also, his injury is healing.