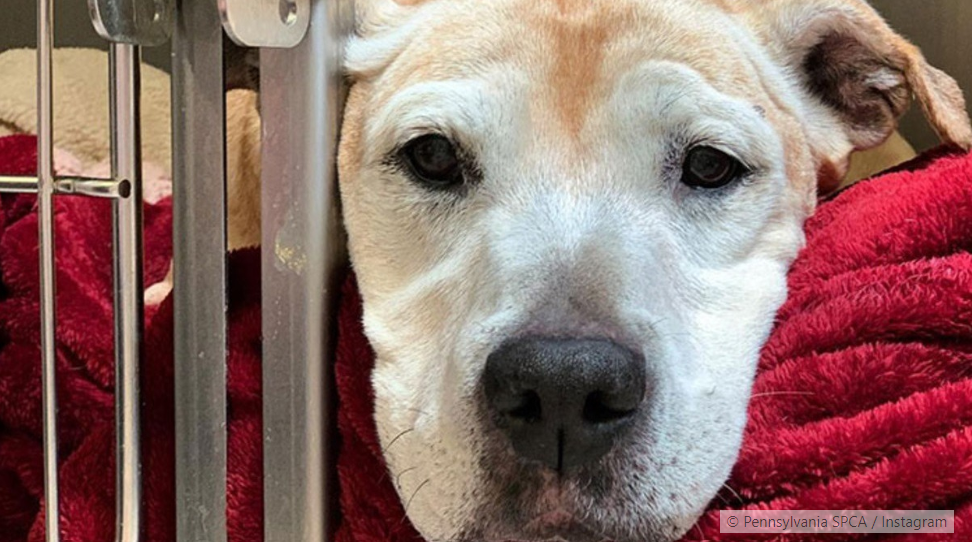 After so many years spent with a family, Netty surely did not expect them to make the decision to bring her back to the same shelter where they had adopted her. Yet that is what happened. Worse still, the former owners of this senior dog suggested that she be euthanized. A veterinarian decided to save her and give her a happy life.

Netty is a 15-year-old Pitbull mix who arrived at the Pennsylvania SPCA shelter in Philadelphia, Pennsylvania in 2010. She was adopted there, but 12 years later her family decided to move, leaving her there, reported Bored Panda.

Her masters no longer wanted to keep her, because the dog suffered from health problems linked to aging: incontinence, arthritis… As soon as they saw her, the veterinarians at the shelter understood that Netty was far from “finished”; she had, on the contrary, much joy in still living, and love to give. They put her on treatment and her condition gradually improved. 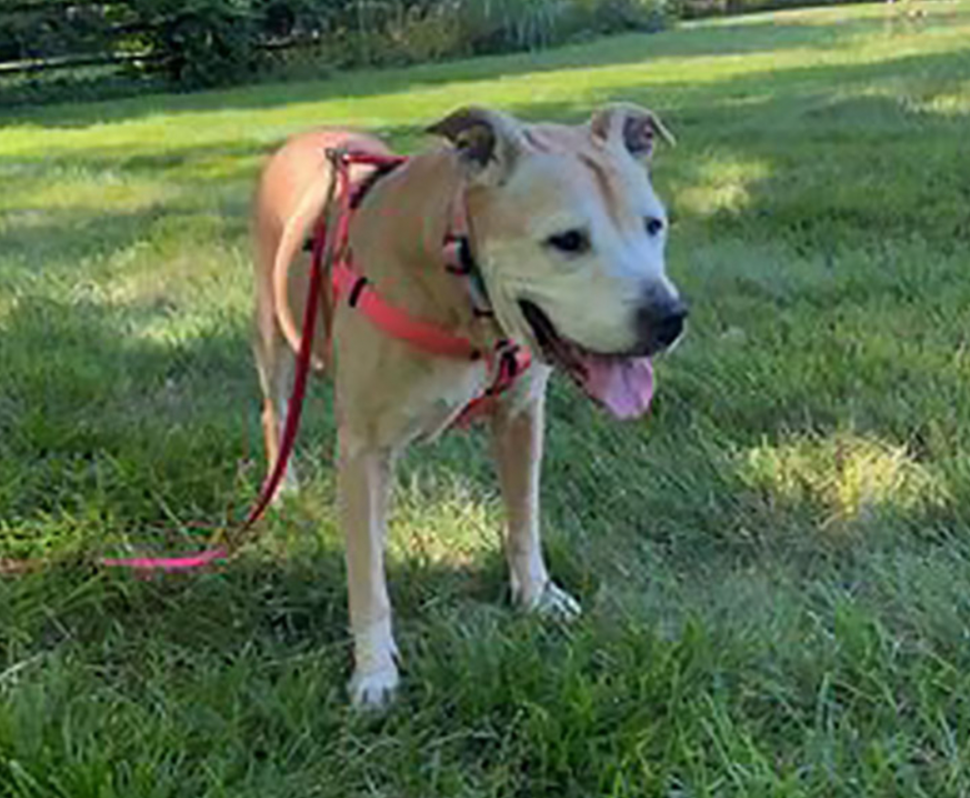 The Pennsylvania SPCA then launched an appeal on social networks, hoping to find him a loving family to allow him to live his old age peacefully. “Netty is very low maintenance and could live with respectful dogs, cats and children. Can you please help us spread the word about this beautiful soul to get her out of the shelter and get her a warm and comfortable bed? “, could we read in particular in this publication. 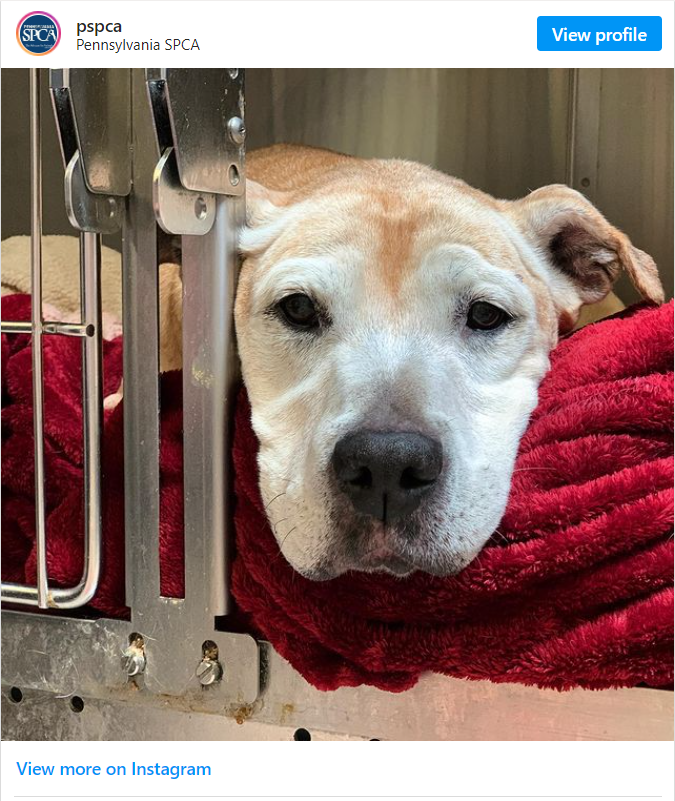 This caught the attention of Amy Kidd, a veterinarian based in West Chester about sixty kilometers away. A month earlier, his family had lost Monty, a 12-year-old dog who died of cancer. She was looking for another senior canine to adopt, knowing that she already had 6 at home, aged 12 to 16.

« Our plan is to only take in pets that are older or have problems and need extra medication and care, » says Amy Kidd. « When they come to us, it’s a kind of fountain of youth » for them. While, initially, their life expectancy is only 1 or 2 months, they finally live there 3 or 4 more years.

Her son and 2 daughters took it upon themselves to pick up Netty at the shelter, along with 2 of their senior dogs to see if the power was on. The meeting was a complete success. 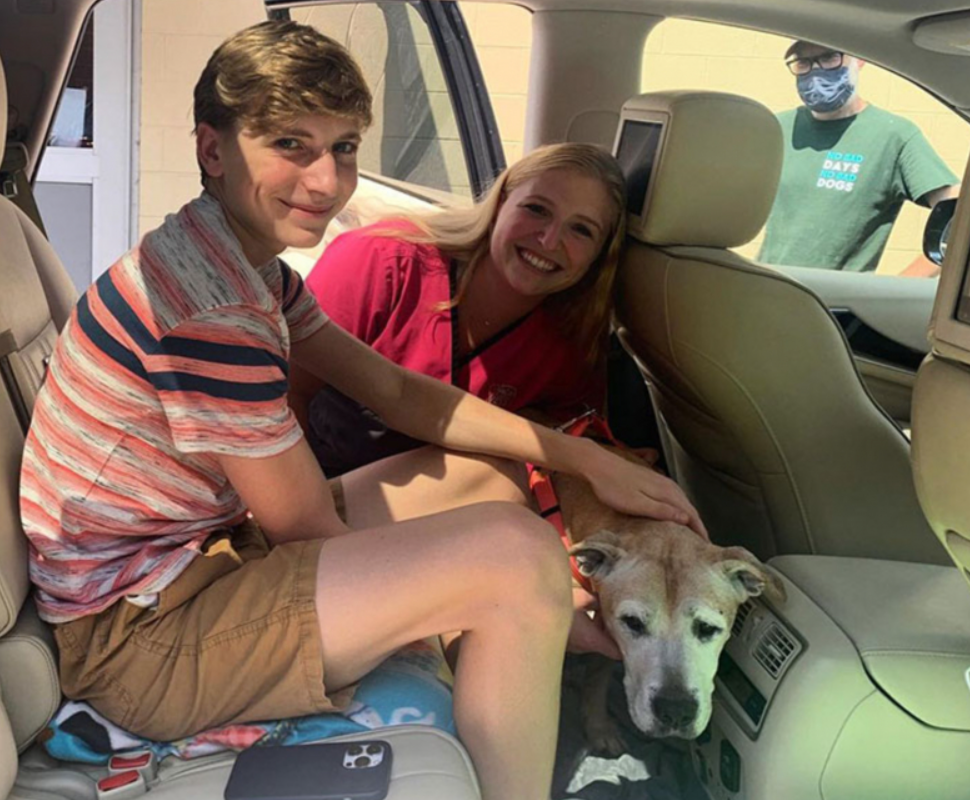 When she arrived, « she understood that she was at home, » says the veterinarian. The family manages their incontinence and arthritis problems with medication. The dog has made a name for herself in her new family, so much so that her mistress compares her to “the queen of the bees”.