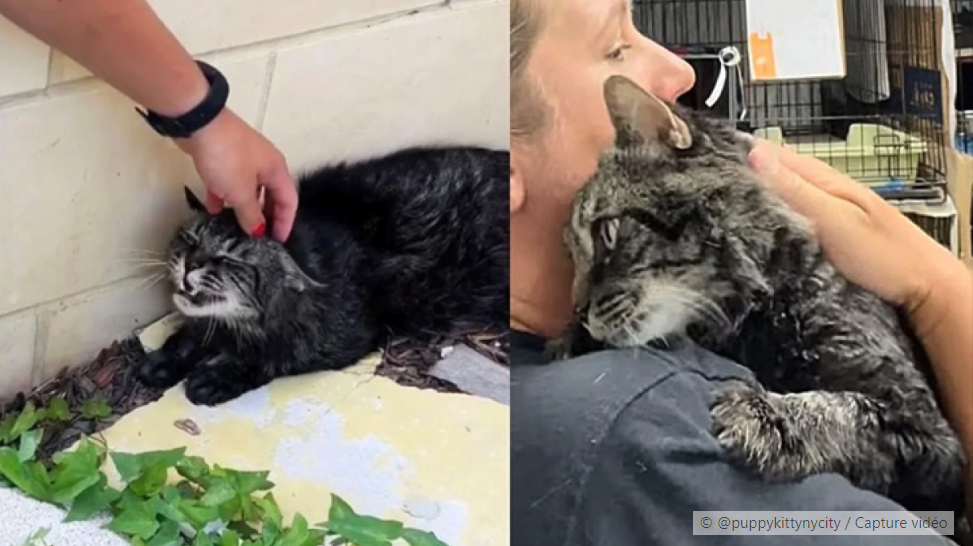 This cat has obviously been abandoned in view of its very sociable attitude. A woman did not remain insensitive to his despair and gave him her time and her affection until he found a home. He is today, thanks to her, happier than ever.

Meagan is a volunteer with the Puppy Kitty NYCity association, which comes to the rescue of felines around New York in the United States.

She was informed that a tabby alley cat had been prostrate for several days along a wall. He didn’t move and looked very sad.

After work, Meagan walked to the indicated place and came face to face with the tomcat. She approached slowly so as not to frighten him further and held out her hand towards him.

If the unfortunate had as a first instinct to hiss, he was quickly convinced by this tender gesture. “I feel like he realized right away that he was safe,” Meagan told Love Meow. 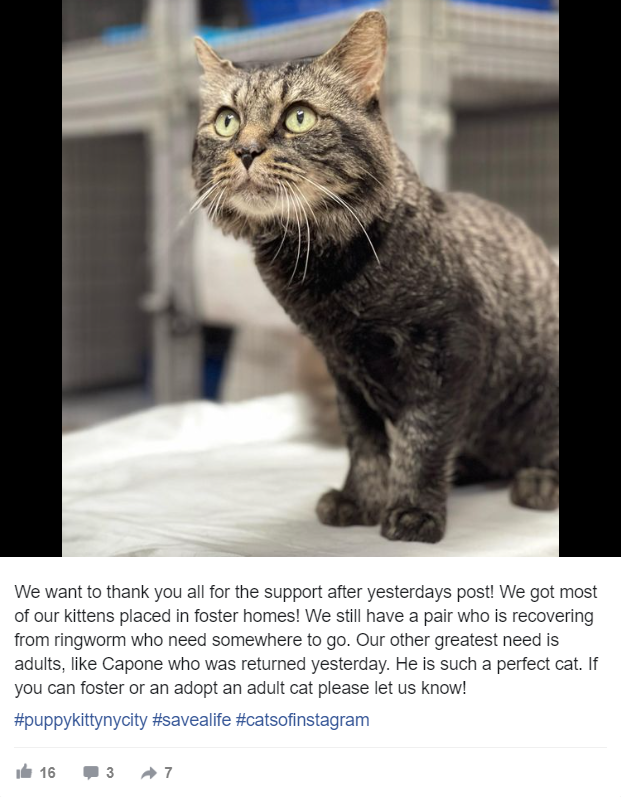 Meagan packed the cat she named Capone into her car with a makeshift crate. He got out easily to snuggle up to his benefactress.

Her affection and recognition overwhelmed her rescuer.

Once home, she made him a cozy corner, gave him food and drink and then got busy brushing his matted fur.

« His ears were really, really dirty and he was extremely skinny, » Meagan added. 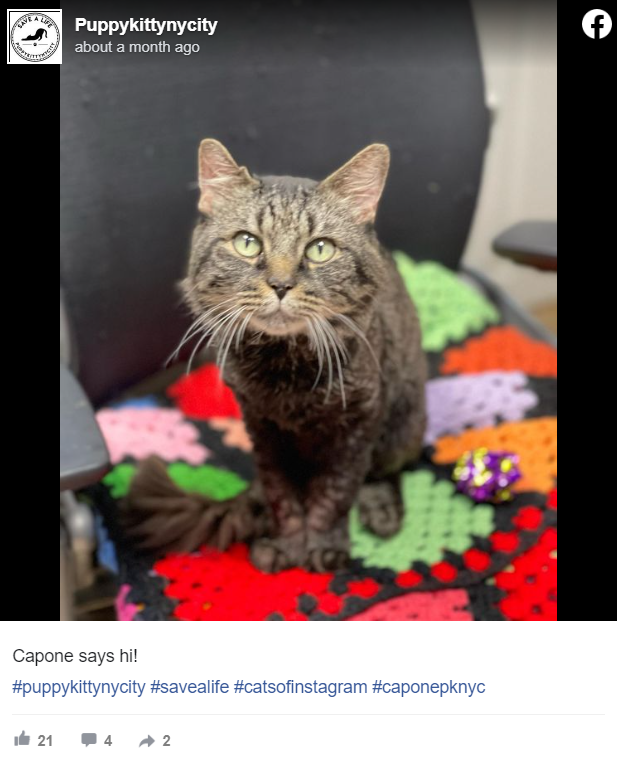 With a full and clean stomach, Capone enjoyed a restful sleep on Meagan’s lap. From then on, he never left her and began to regain his strength.

His physical condition recovered, he regained faith in the future.

2 months after his rescue, he met adoptive parents who fell under his spell. At the end of August 2022, he therefore joined his new home where he is now pampered.

“He’s the nicest cat ever. I am very happy for him,” concluded his benefactress.