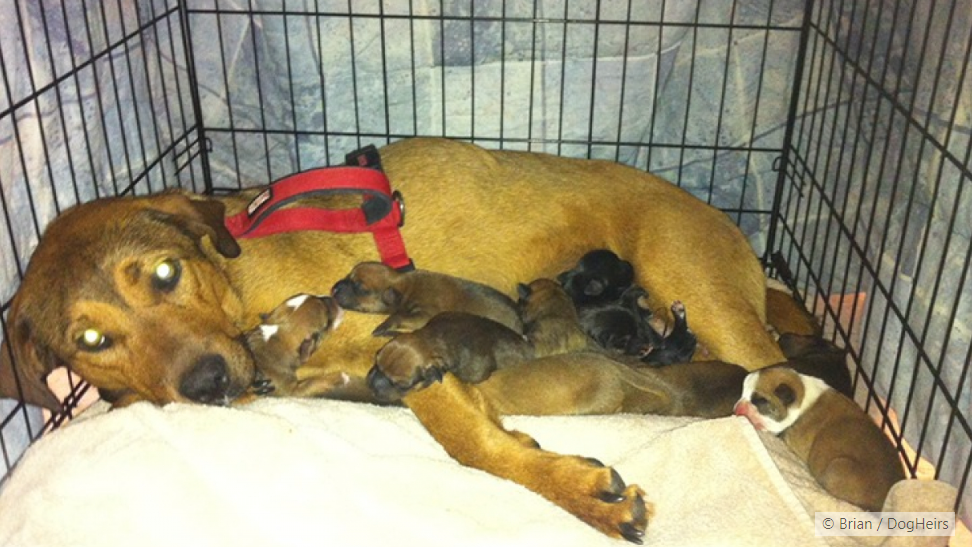 Brian, a man with a big heart, did a great deed by adopting Old Blue from the programming of his euthanasia. The adaptation was complicated for the frightened young dog, but she had found the right person to take care of her… and her offspring.

Brian lived in a town near Raleigh in the state of North Carolina in the United States. He shared his life with a long-haired tomcat who really needed company.

Brian therefore headed to a local shelter with the goal of adopting a feline. However, he did not meet a soul mate. On returning home, he did some research on the Internet and came across an announcement from an association which explained that a certain number of canines were going to be euthanized, for lack of financial and human resources.

“I drove 45 minutes to get there without asking any questions. A few puppies already seemed to attract people. And then I saw her. She was scared to death in a corner of her cubicle,” said Brian, who pulled her out of her hell by adopting her. “I was thinking of adopting a cat and came home with a dog,” joked Brian. 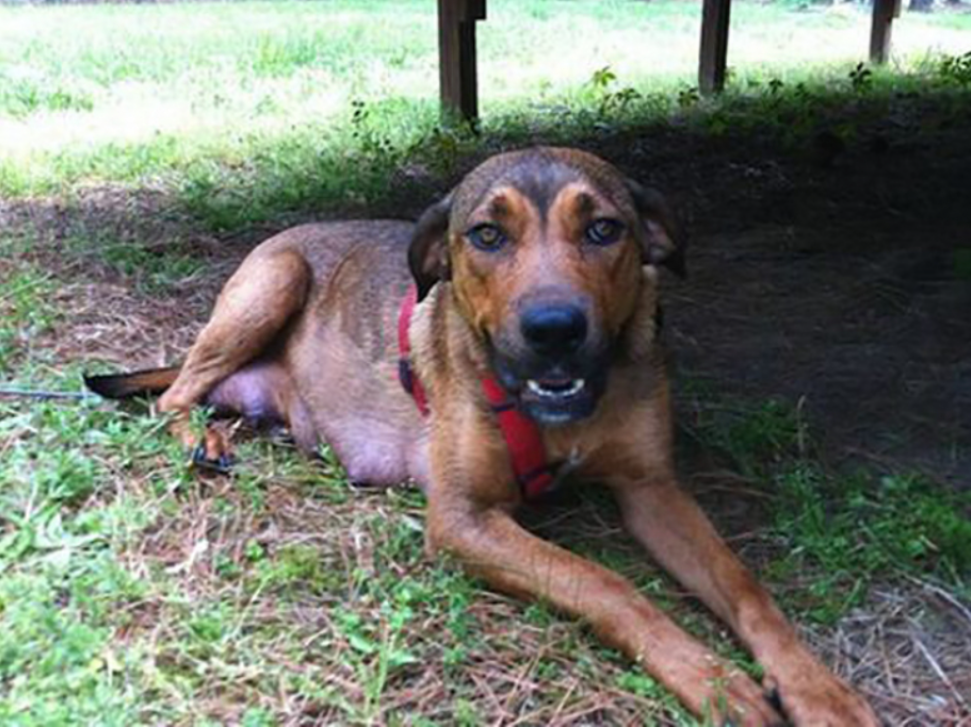 Blue, his nickname, had a hard time adjusting. She was obviously traumatized by her past and distrustful of humans.

Within a week however, Brian could already see an improvement. He wanted to take her to the vet to find out why she had swollen breasts. He was indeed afraid of a tumor, but Blue was very afraid of car journeys. He therefore decided to wait until she felt totally confident before inflicting this ordeal on her.

2 weeks after arriving in his new home, Blue gave Brian a nice surprise. “Around 2 a.m. she started yelping and fidgeting a lot. Approaching his basket, I discovered a puppy. So I did my best to help him,” Brian said. 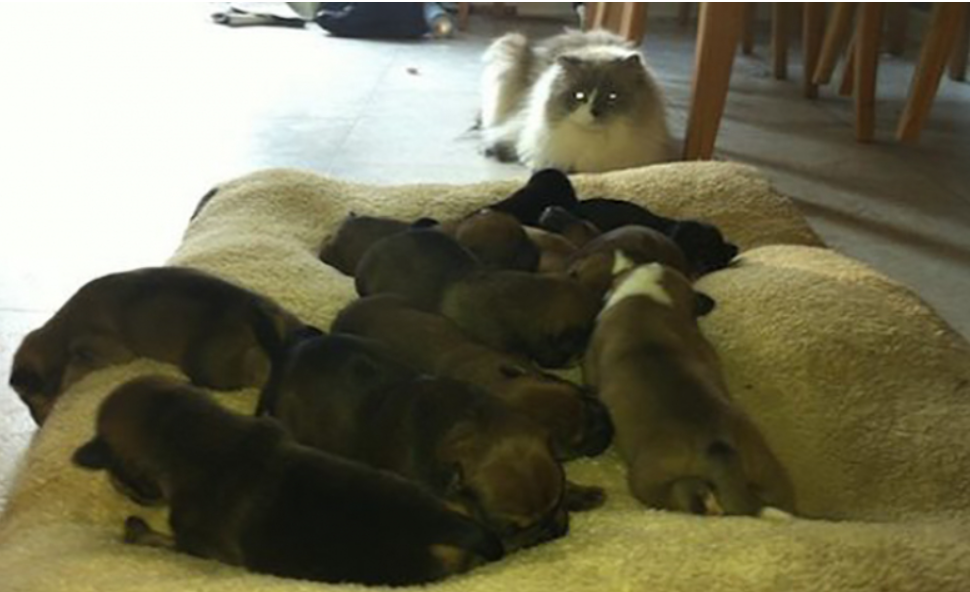 The next morning, Blue had given birth to 11 perfectly healthy babies. Bryan’s cat, taken aback at first, finally found the friends he was dreaming of in them.

Brian took loving care of the canine family. He then found a home of choice for each of the little ones and then sterilized Blue.