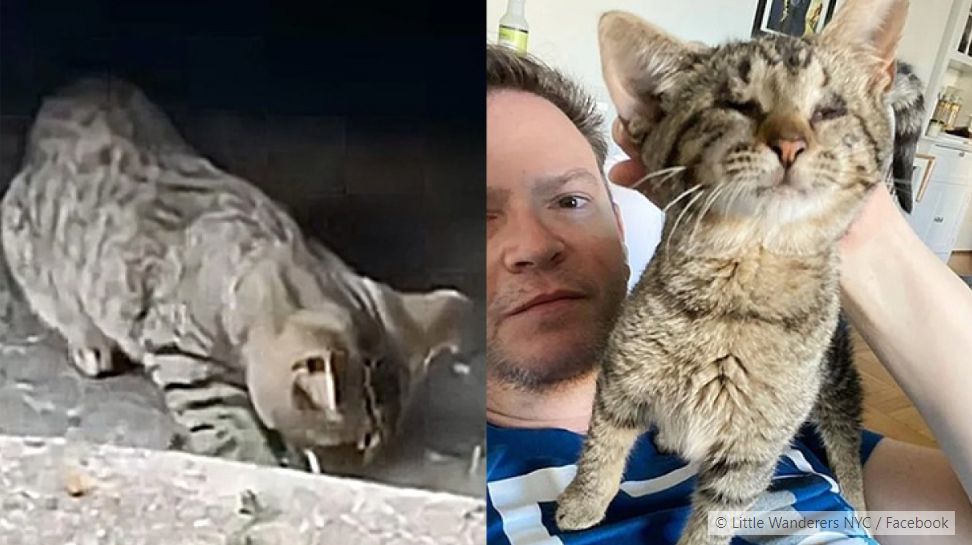 Little Wanderers NYC is an association that works for the well-being of stray cats. This young blind girl had to fight to survive, but thanks to the benevolence of a volunteer, she now benefits from care and learns what love is.

At the beginning of September 2022, the Little Wanderers NYC association was alerted by local residents that a kitten was prowling in a district of the Bronx, in New York in the United States.

Sunny and Tim, volunteers, therefore moved to gently capture the animal and bring it to safety.

The somewhat wild baby did not show the tip of his nose. The rescue group therefore set up a cage-trap filled with food and lured the feline with cat sounds calling for its offspring.

“When we saw her, we thought she had an acute case of entropion (a condition in which the eyelid turns inward). But we eventually found out it was way more serious,” Sunny told Love Meow. 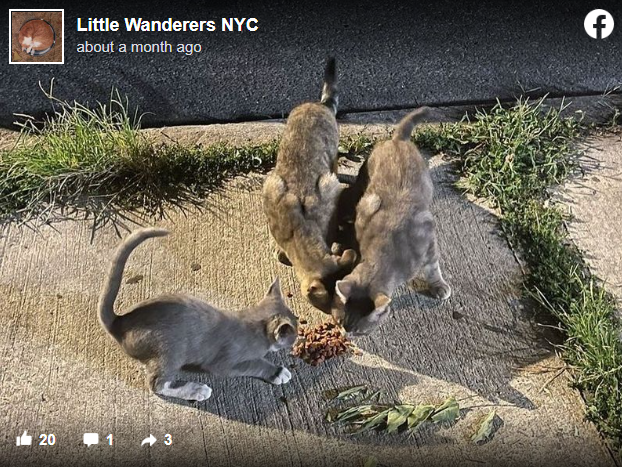 The little female, named Oracle, was terrified because “she didn’t understand what was going on”. So she took refuge at the bottom of the transport crate and was shaking with fear.

Sunny and Tim drove her straight to the vet clinic who explained that she must have been around 5 months old and her eyeballs were beyond repair.

Oracle, however, received medical attention aimed at relieving her. She will soon have to undergo a double enucleation of the eyes to rule out any risk of infection. 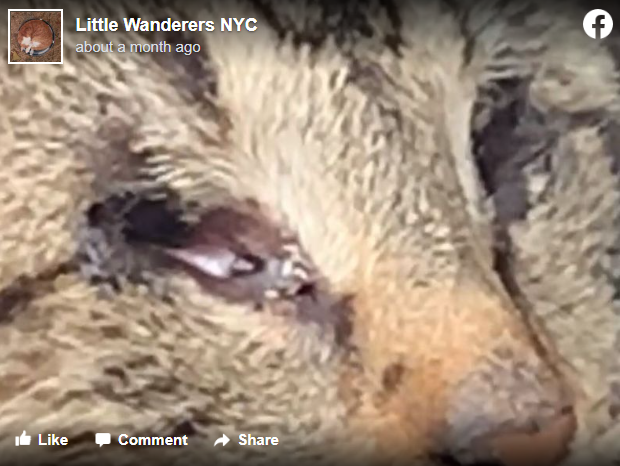 Tim, a school teacher, offered to welcome her into his home to socialize her.

Very quickly, the young tabby cat came out of her shell. Using her other senses, she explored her new surroundings and felt comfortable there.

« At first we thought she was wild, but she wasted no time in making the place her own, » Tim said.

Oracle also adopted its benefactor. She got into the habit of snuggling up on his knees to ask for caresses. 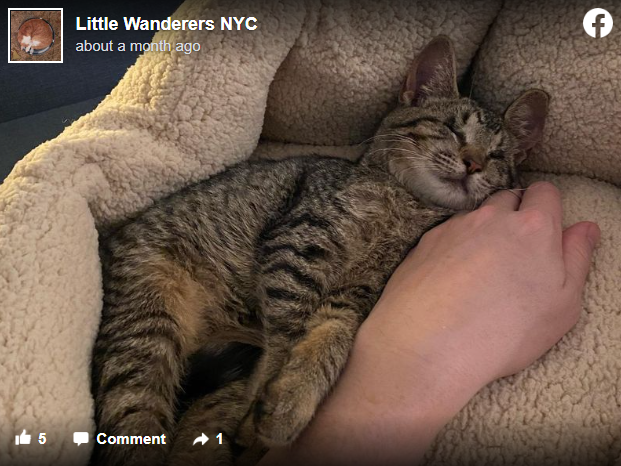 Clearly, Oracle is grateful to Tim. She knows that from now on she will no longer have to fight for her survival and that a being is there to watch over her.

According to his benefactor, his blindness in no way prevents him from enjoying life to the full. Oracle has indeed developed its other physical abilities, smell, hearing and touch to understand the world around it.