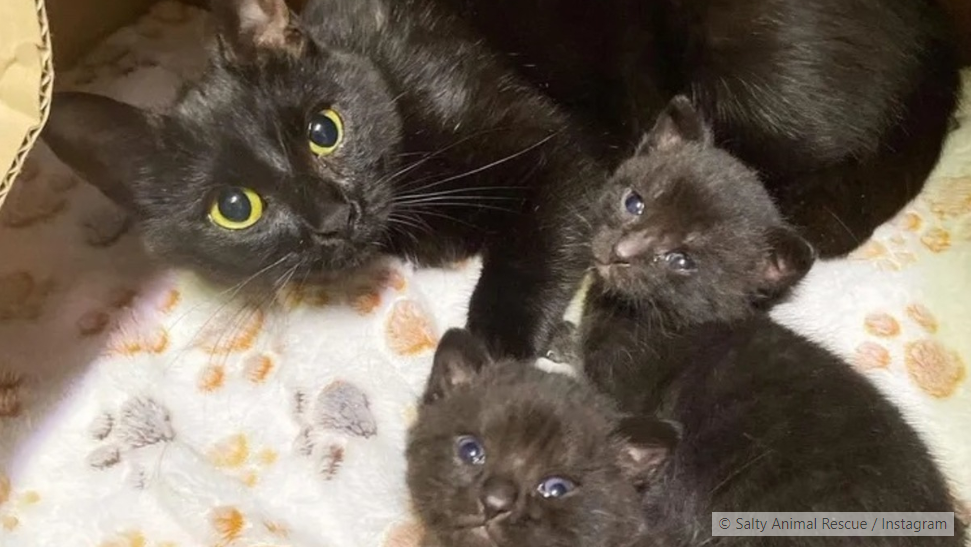 Having recently given birth, a stray cat was systematically fleeing humans when she needed help more than ever. A foster family helped her overcome her fears.

Co-founder of Salty Animal Rescue in Ontario (Canada), Karly Saltarski had been contacted about a stray cat who had just given birth in a garage and who needed to be rescued with her young.

The feline had just given birth to 2 kittens in a garage. The owners had difficulty finding them, their mother having hidden them under the roof. Karly Saltarski came to pick up all 3 of them. 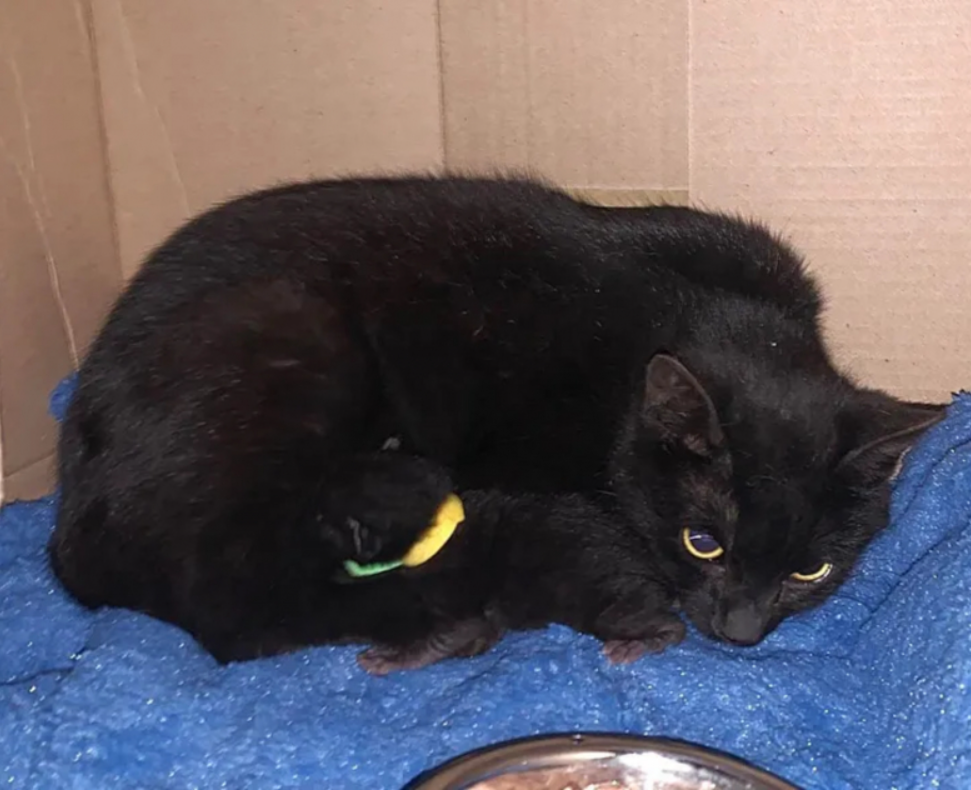 The cat, which was named Ricky, was very afraid of humans. At the slightest approach, she curled up on herself and protected her kittens. Each time Karly Saltarski entered the room she had set up for her, the volunteer was greeted by her hostile whistles. Far from being discouraged, the latter knew that it was only a matter of time before the cat trusted her.

The kittens, called Bubbles and Julian, grew up and started to stand on their feet and then walk. From then on, they got into the habit of coming to Karly Saltarski without any fear. Seeing them do this, Ricky ended up understanding in turn that she was safe alongside her benefactress. 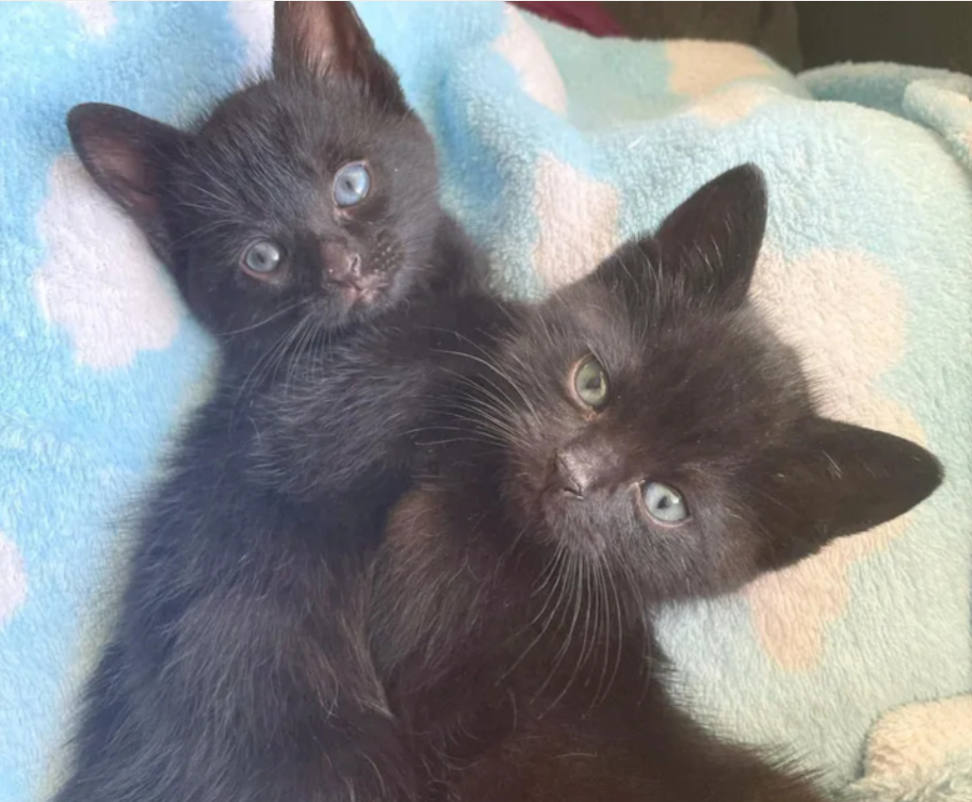 She gradually became fond of caresses and attention. « The progress she’s made is huge, » Karly Saltarski told Love Meow. This means that she will be able to live a happy life in a family once her babies are on their own and she has been fully examined and cared for.” 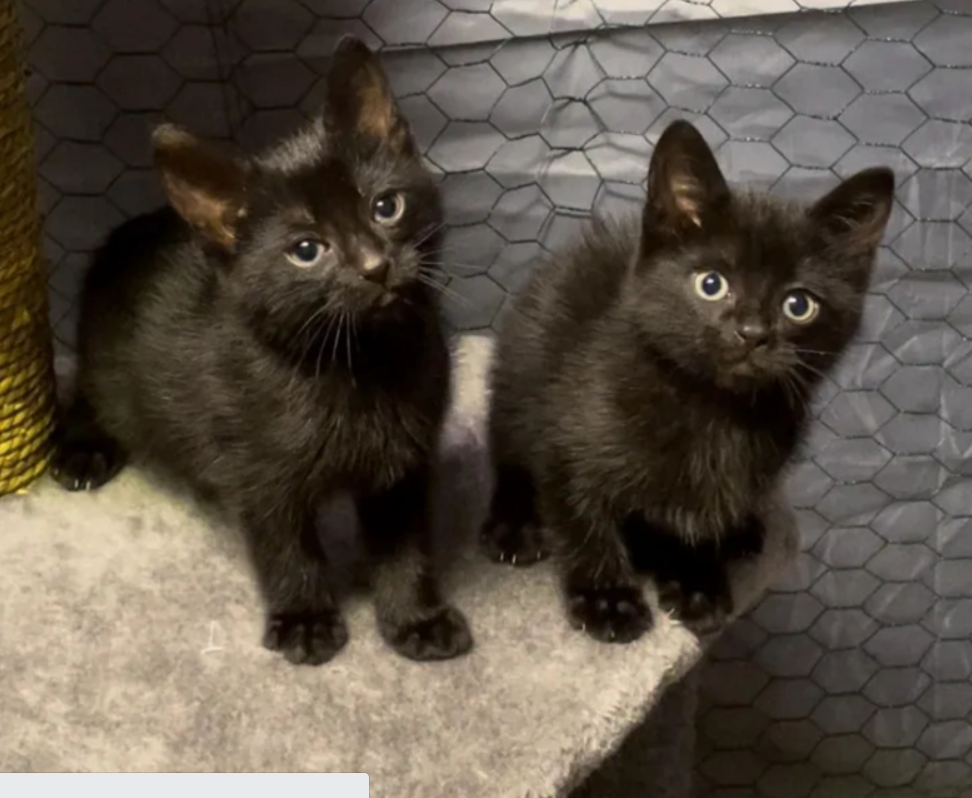 As the days go by, Ricky shows himself to be more and more relaxed and confident. Bubbles and Julian have become a little more independent, she now has more time to devote herself. Karly Saltarski is delighted to witness and contribute to this transformation. She is especially happy to know that the cat and her 2 kittens will no longer have to experience wandering.

“With all the difficult times that come with rescues, times like this keep us moving forward,” concludes the volunteer.