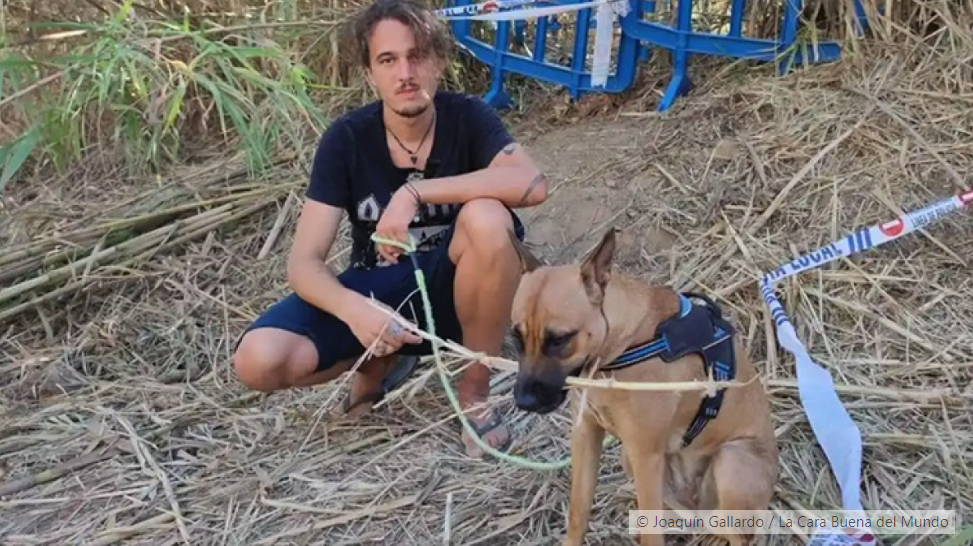 Joaquín Gallardo and his dog Tanka are united by a very strong bond. And his devoted 4-legged friend did everything in her power to save him when he accidentally fell into a 10-meter deep pit. Without her, he wouldn’t have made it.

Joaquín Gallardo lives in Malaga, Spain. A year ago, while wandering the streets of his city, he came face to face with an abandoned female puppy. The poor little girl was only 15 days old, but was in poor condition. She was infested with fleas and worms so that her abdomen was very swollen.

So Joaquín took her to the vet where she received proper care and adopted her. Since then, the duo has been inseparable and shares beautiful moments of life. On Wednesday August 24, Joaquín and Tanka went for a walk not far from the Rincón de la Victoria cemetery in Malaga. The man was on the phone with his mother when Tanka headed in the opposite direction in pursuit of a cat.

Joaquín therefore went looking for him away from the path and suddenly fell into a deep pit 10 meters deep. « I was 3 meters from the exit, I couldn’t climb and the water was freezing, » Joaquín told La Cara Buena del Mundo.\ 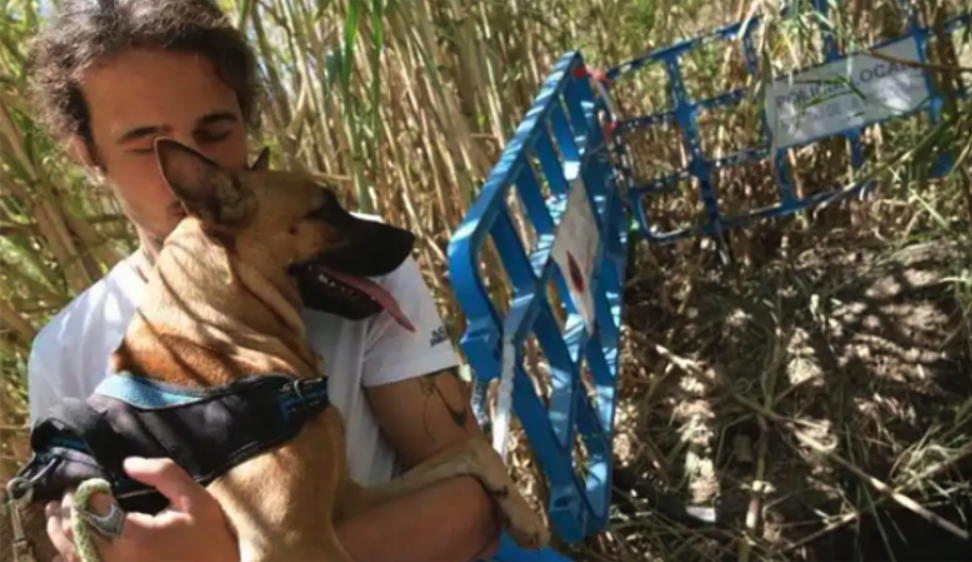 Fortunately, the young man could count on his faithful furry friend. « I was screaming: I’m in a hole! Help! But nobody heard me,” explained Joaquín, who had lost his smartphone at the bottom of the well when he fell.

For 6 hours, he swam on the spot in cold water. And all the while, Tanka hasn’t given up on him. She instead sounded the alarm barking as loudly as she could until people nearby became concerned. Fortunately, around 10:30 p.m., 2 women called the emergency services.

Tanka did not leave his post and led the rescuers to his master who was finally able to be rescued around 12:30 a.m. Tanka was exhausted after barking for so long, but was relieved to find her master safe and sound.