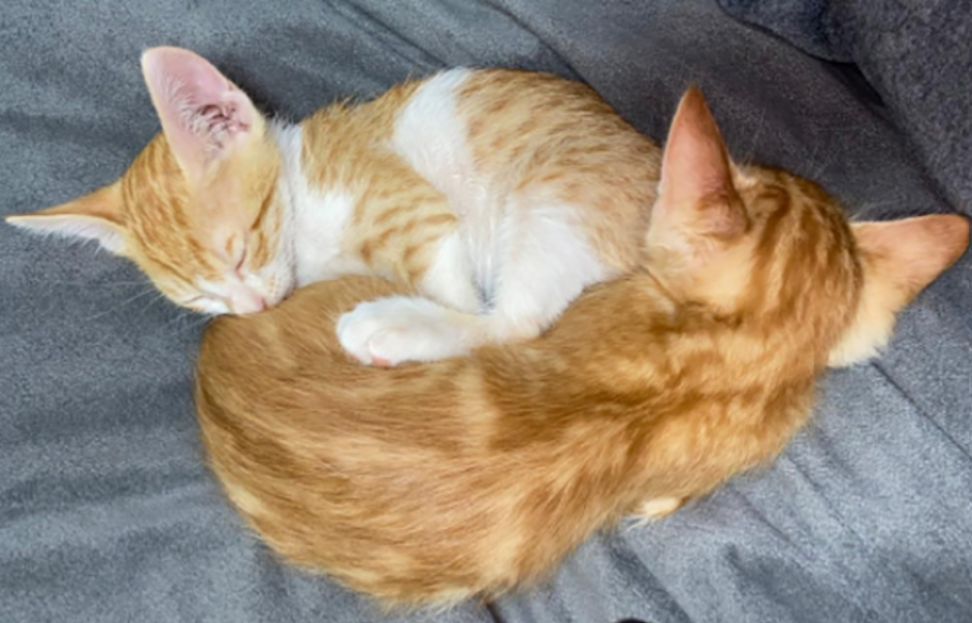 US Army sergeants deployed to the Middle East are tasked, among other things, with helping the local population. This woman did not expect to also rescue 2 furballs, but it was love at first sight. 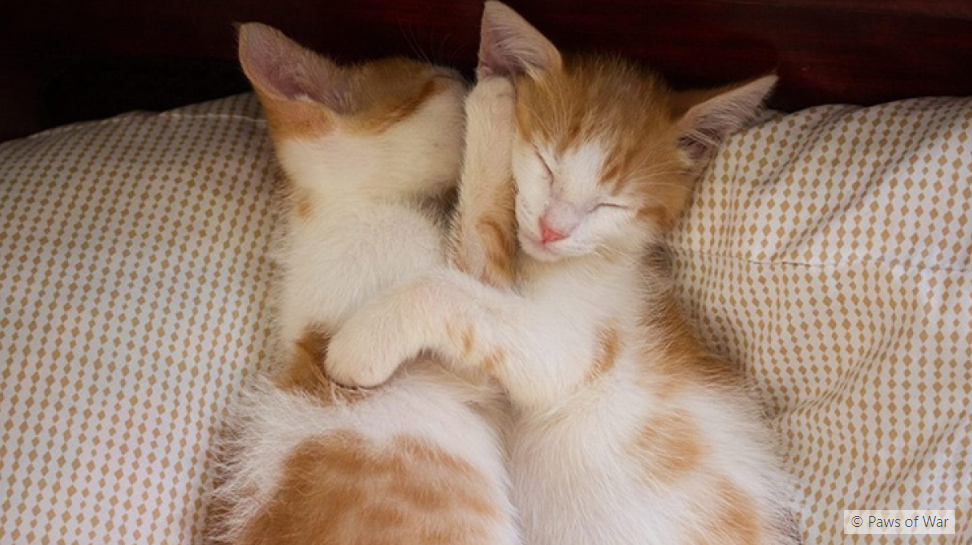 Sergeant Leona was on a mission in the Middle East when she discovered during a routine patrol 2 emaciated kittens. The poor animals protected themselves from the stifling heat by hiding under a terracotta pot.

Leona couldn’t bring herself to leave them there. She loaded them into her bag and drove them to safety at the military base. 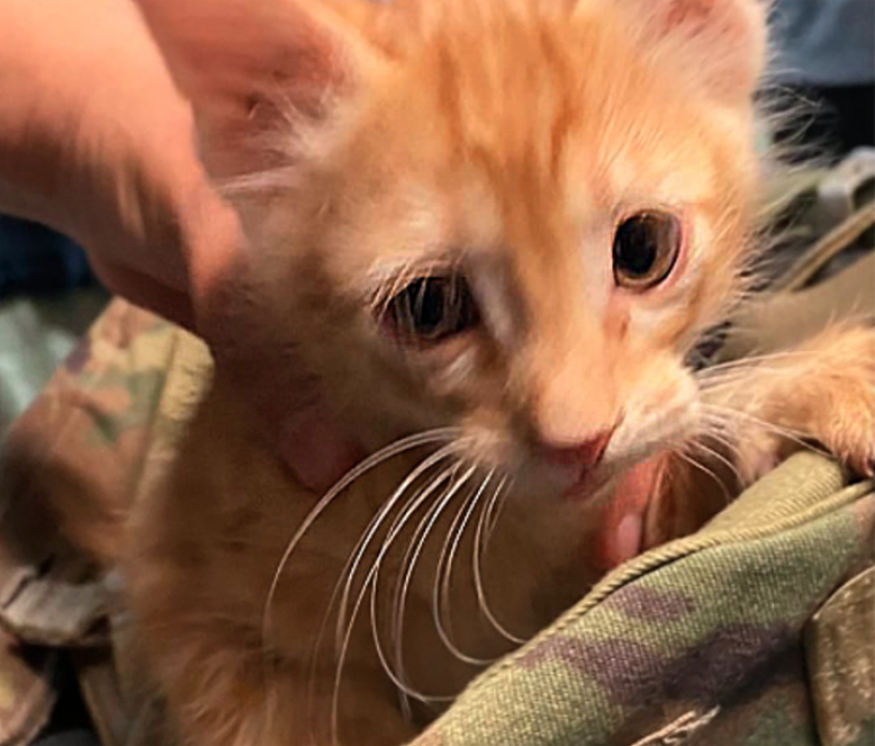 The babies, named Flo and Joan, were in good general health despite a little stunting. The benefactress pampered them, gave them food suitable for kittens and water at will.

The duo quickly recovered and showed their joie de vivre. « Flo is very energetic and ‘spider-cat’ type while Joan is much more laid back, » Leona told OneGreenPlanet.

The young woman has created very strong bonds with her 2 protégés whom she considers to be her babies.

Leona was recently ordered to move to another camp. And unfortunately, she couldn’t take Flo and Joan with her. Heartbroken, she contacted the Paws of War association, which helps veterans bring home the animals they rescue on mission.

« I can’t imagine leaving them to their sad lives. I want them to be relocated to my home so that when I’m done with my deployment, I can be reunited with them. I am their mom now and I love these little furry beings,” Leona shared.

The non-profit organization has therefore launched an online kitty to contribute to the air transport costs of the little felines. Fortunately, they will soon have to be transferred to the United States where a member of Leona’s family will take over until her next return.

All 3 will therefore enjoy together forever within his home.