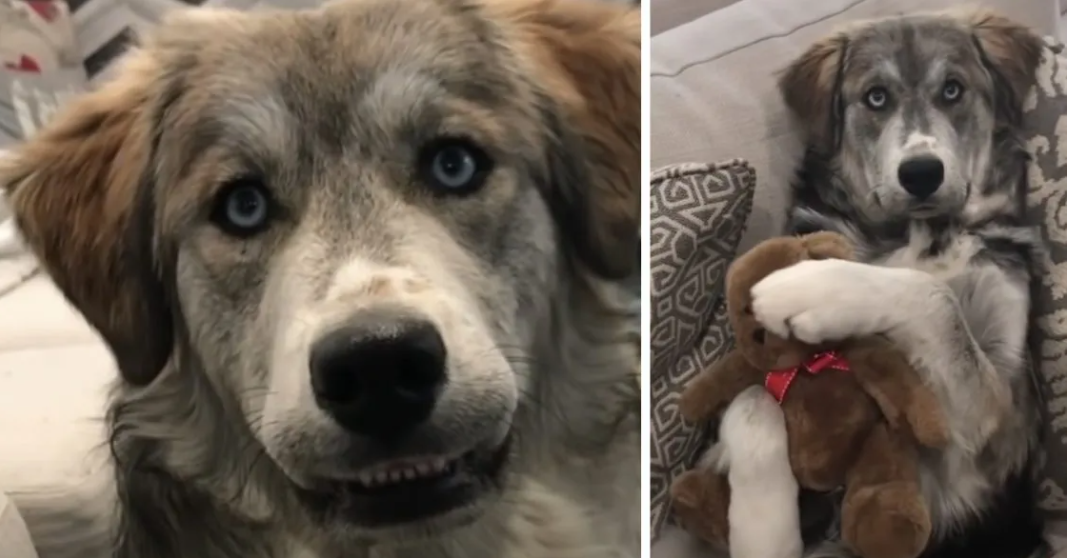 Tyson is the cutest and funniest dog ever, and he was created by an unintentional cross between a Husky and a Golden Retriever. He’s a Goberian, as they say. He is golden in color and has all the characteristics of a Siberian Husky.\

He’s a special dog that Mom and Dad wouldn’t trade for the world, with the personality of a Golden and those piercing blue eyes. Champ, their second dog, was usually quite uneasy, so the trainer believed having another dog in the house could help. And that’s when Tyson entered the scene, forever altering the lives of the entire family!