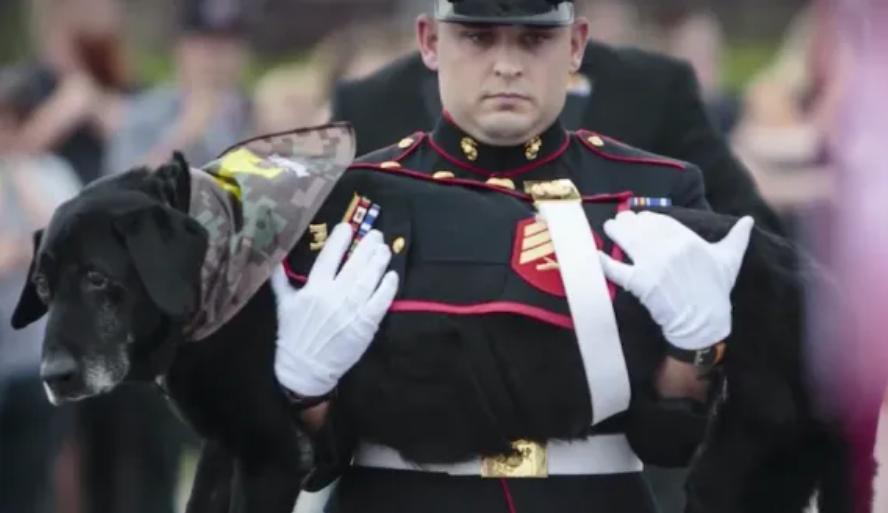 Veteran U.S. Marine Lance Cpl. Jeff DeYoung wished to bid Cena, his black Labrador companion, a proper farewell. He was able to deal with his suffering at home in America and stay warm during the chilly Afghan evenings thanks to the dog.

The veteran believed it was only proper to say his goodbyes with the utmost care because Cena was so much more to him than simply a dog. After retiring from service in 2014 as a bomb-sniffer for the Marines, the cancer-stricken canine was trained to assist Lance Cpl. Jeff DeYoung.