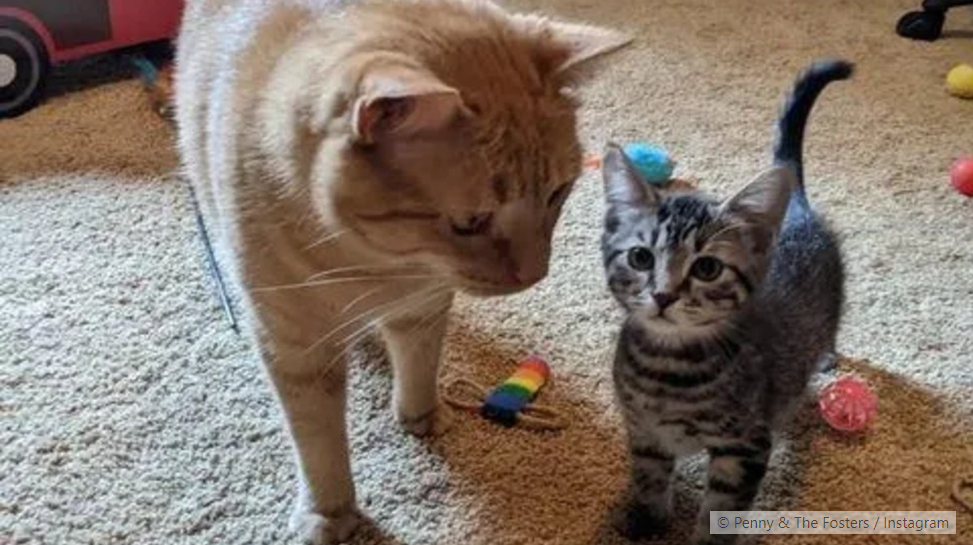 Jasper has only been around them for 2 days, but this cat has truly transformed the litter of kittens he recently welcomed to his owner, a volunteer with an association. Reserved and fearful upon their arrival, the little felines have become much more outgoing and confident after this special weekend.

We had already told you about Jasper, this adorable ginger cat who has made it his mission to help his young congeners after being rescued himself. When he was still a very young kitten, he was discovered alone in the rain, before being entrusted to Kesley Minier. A volunteer foster mother in Indiana, she ended up adopting him. 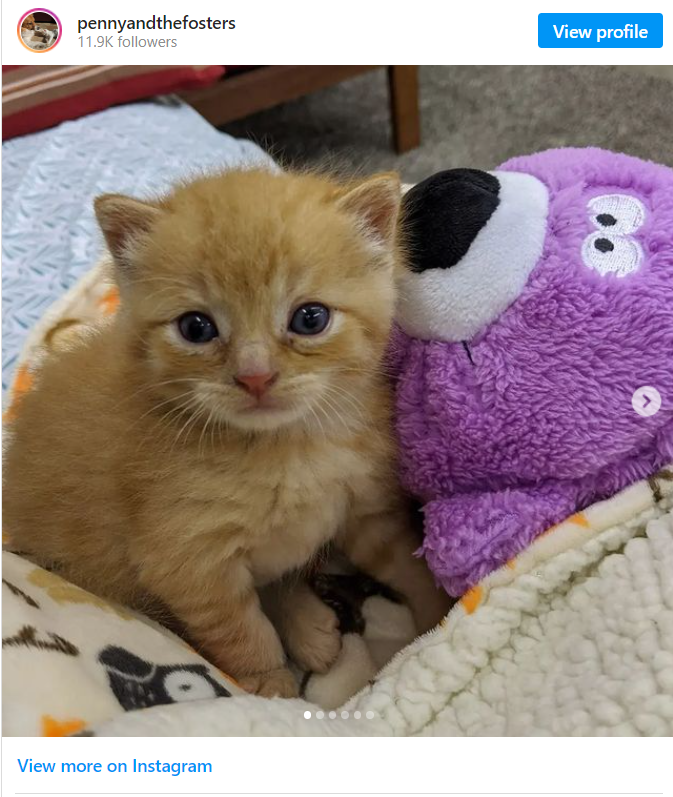 Since then, Jasper, who is 2 years old, welcomes and comforts the kittens that his mistress takes care of to prepare them for adoption. His presence at their side also contributes to their socialization, an essential process for their development, their fulfillment and the construction of their future life.

Recently, Jasper put on his father-guardian costume again with the arrival of a litter of 6 tabby-coated kittens. Wally, Mac, Cashew, Pistachio, Almond and Hazelnut were only there for a weekend as their foster mom, Jennifer from New Kittens on the Block, had to go away for a business trip. She had asked Kesley Minier to keep them until her return, something that the latter accepted without hesitation. 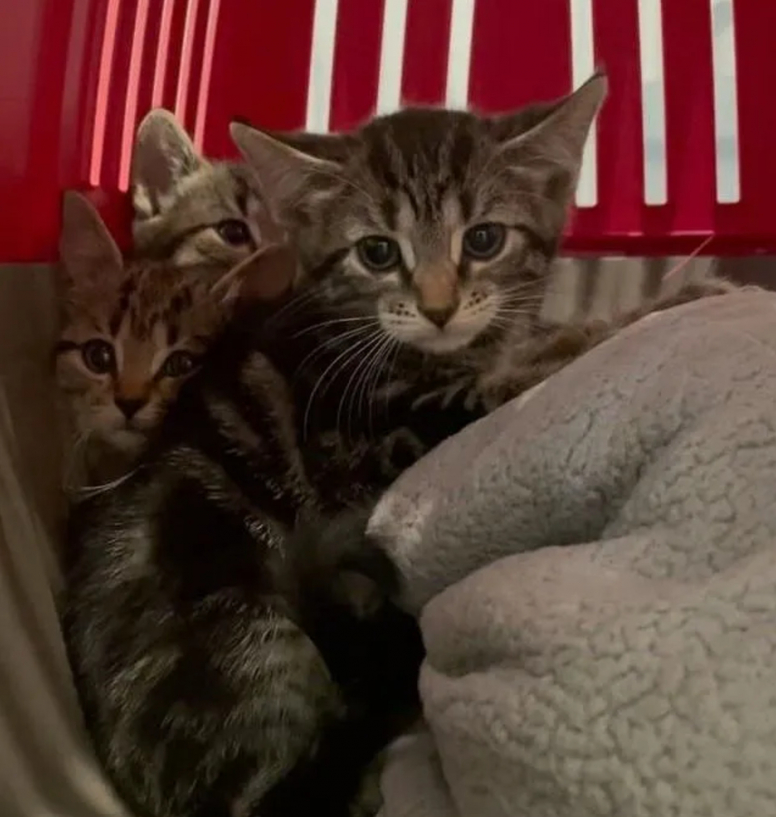 The half-dozen young cats were intimidated upon arriving at Jasper and his family. The place being unknown to them, they preferred to hide under a piece of furniture. They didn’t come out until the ginger cat came into the room. As soon as they saw him, they rushed to him and began to follow him like his shadow. 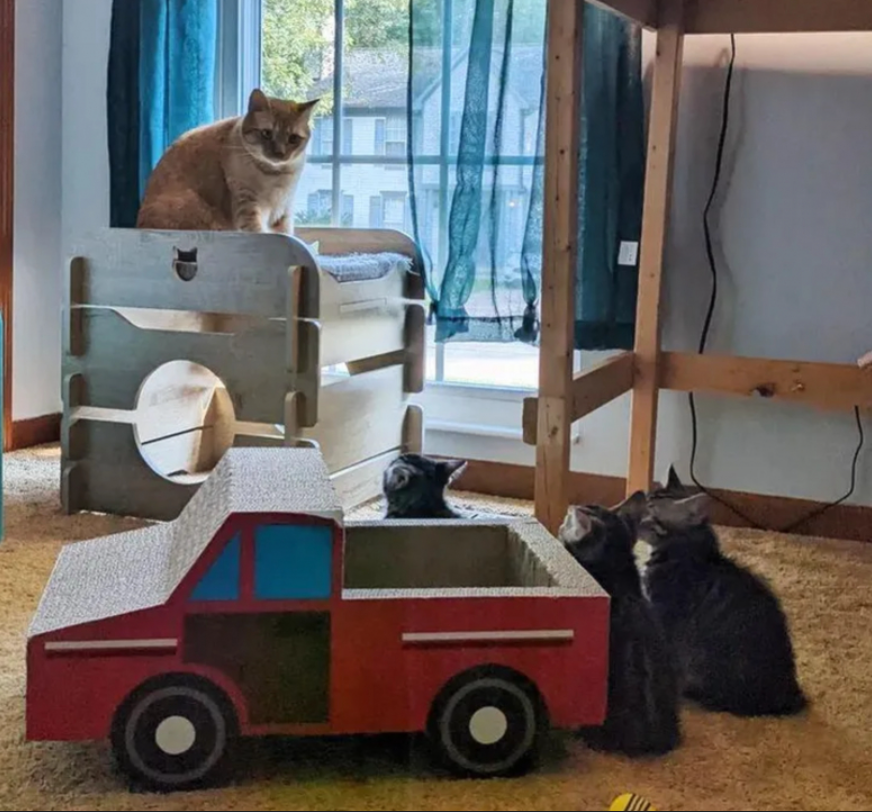 Jasper suddenly found himself surrounded by this swarm of kittens who sought his protection and attention, and rubbed against him.

“He was overwhelmed at the start, since there were 6 of them, says Kesley Minier. He ended up showing them that the best place in the room was the wooden cube in front of the window. He landed on the roof of this indoor niche to set an example and encourage them to do the same. He then proceeded to groom them one after the other. It was enough for him to become their idol. 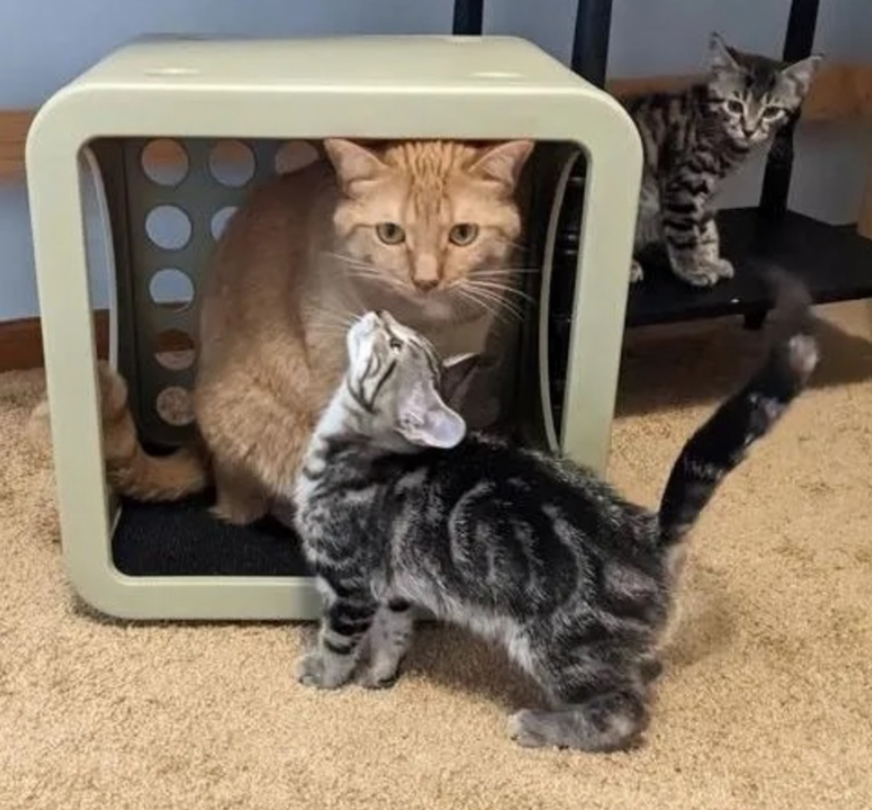 With Jasper, the kittens explored, played and gained confidence. In the space of a weekend, he taught them many things about cat life and made them realize that they had nothing to fear. 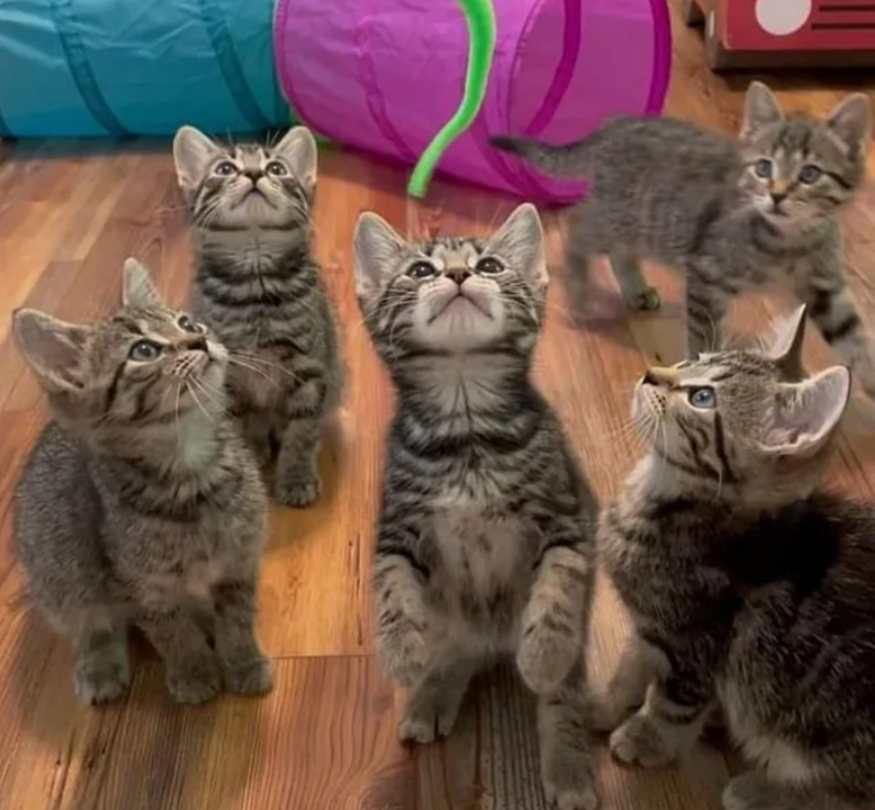 His little disciples went home to Jennifer, and Jasper was finally able to get some rest after these 2 busy days. He will thus be ready to welcome a new group of kittens in difficulty and show them the way to their new existence.