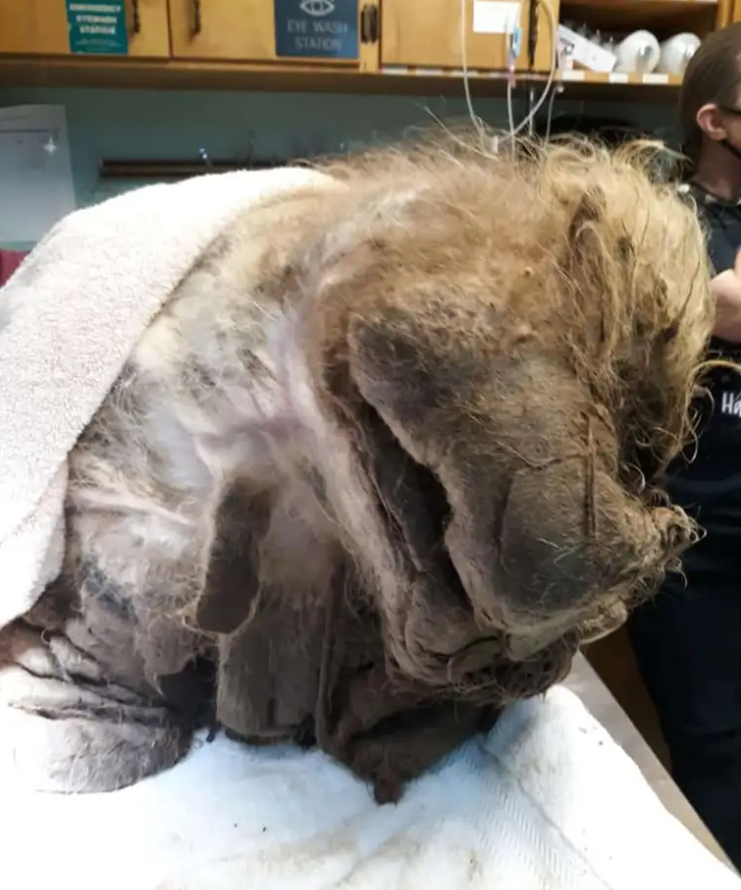 Just a matted bundle of fur was the dog who was discovered wandering around a farm in Clinton, South Carolina. Betty Burns and other volunteers from Heart of LCAC were notified by animal control and immediately headed out to rescue the animal.

But they weren’t ready for what they saw when they got near to the dog. He panted, which was the only audible cue they had to distinguish one end from the other. They started working on removing the extra 15 pounds of fur to liberate him from this confinement. 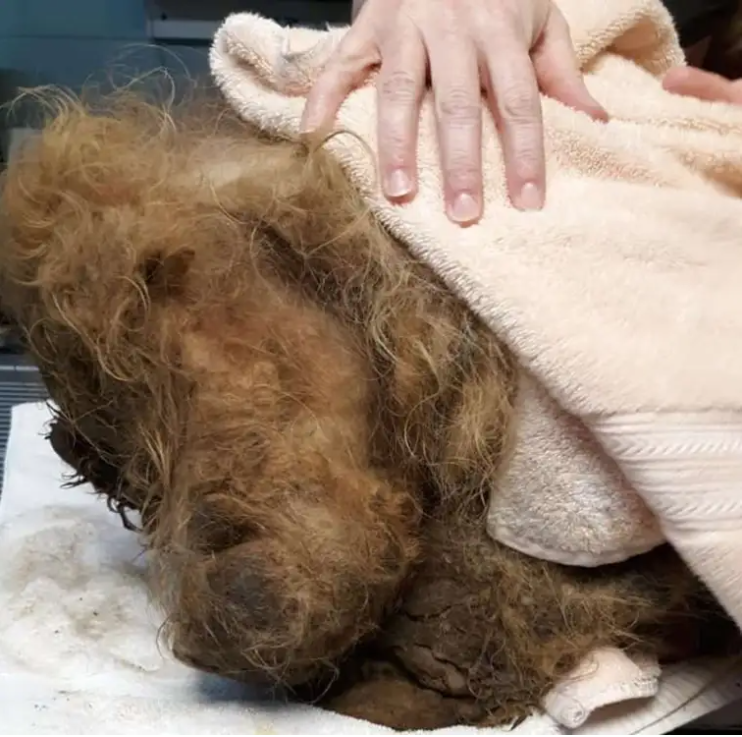 Two trash bags were filled with hair, and gradually the nine-year-old Cocker Spaniel mix below emerged! 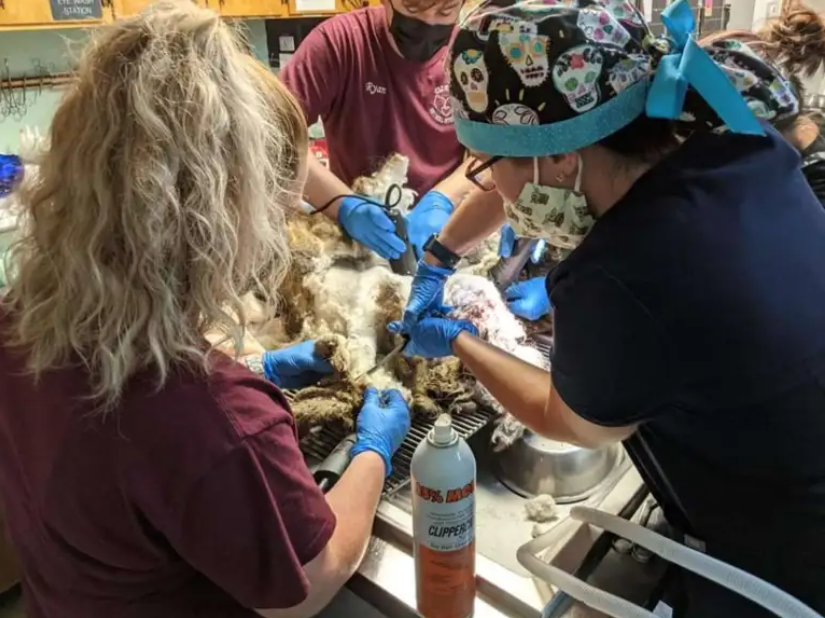 Pat the Mat was overjoyed to be free at last! 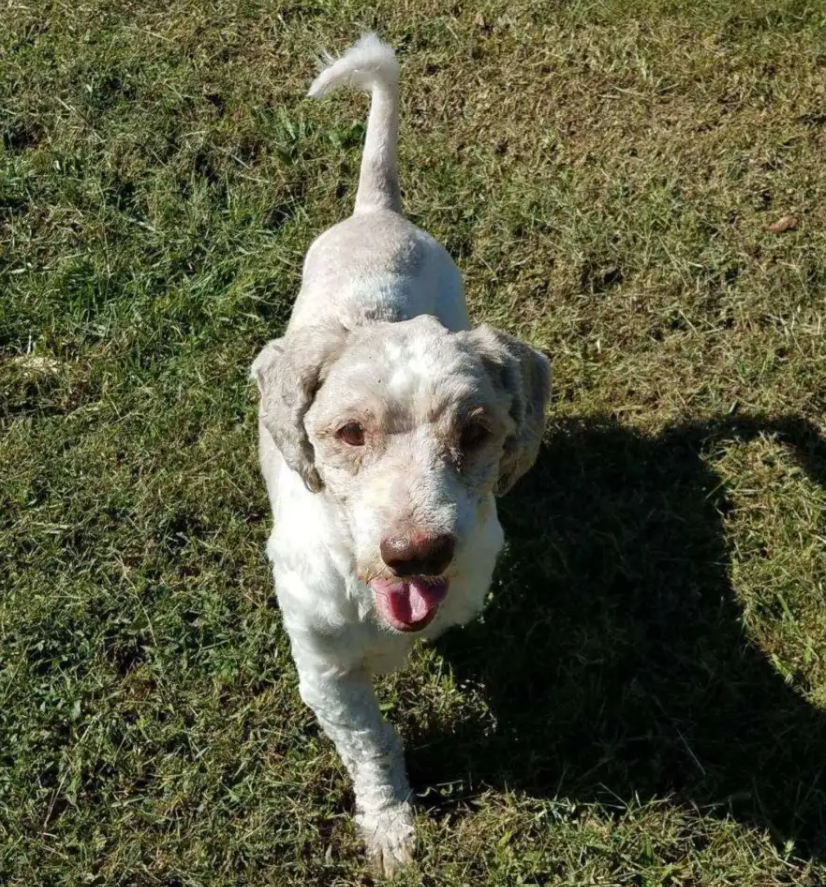 Pat immediately resumed acting like a dog again, racing about and playing with toys.
Pat is enjoying himself well throughout this second opportunity at life, and he deserves nothing less.