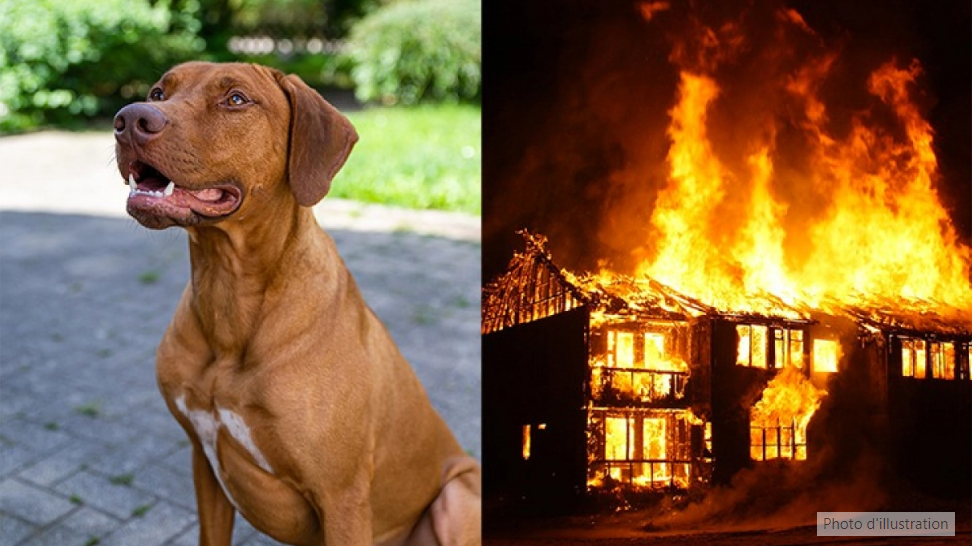 Dogs are naturally endowed with a protective instinct. Wilbur, by his nickname, is also a breed of canine created to guard houses. And he put his genetic heritage at the service of his new masters who had also saved him a few months earlier.

Wilbur is a one-year-old Rhodesian-Ridgeback dog. He had been abandoned by his former owners who were disappointed that he was not the Spaniel Picard they had hoped for. For fear that he would become too big, they had preferred to leave him at only 3 months in a box of the Dogs Trust Ireland association in December 2021.

Still, Wilbur had plenty to please. He was an extremely sweet and caring puppy. A typical character of his pedigree. The Rhodesian-Ridgeback is indeed a man-made breed. It comes from different crosses of courageous canids with innate abilities to protect property as well as people.

A woman and her son quickly fell in love with him and adopted him just a month after he arrived at the shelter. Since then, the dog has made his family happy and recently, he even saved their lives. 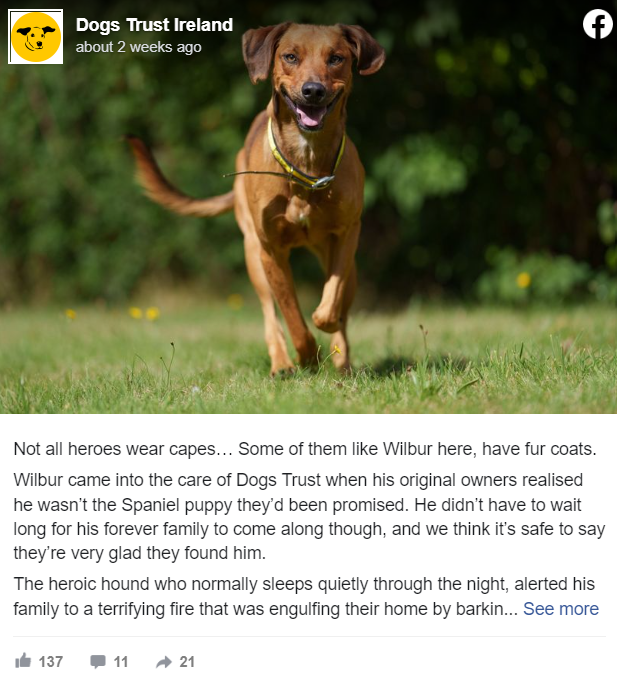 In mid-September 2022, a terrible fire broke out in the early morning in the family’s home. Everyone was sound asleep at the time, so neither Wilbur’s mistress nor her son were awakened by the glow of the flames and the smell of toxic fumes.

Fortunately, they could count on their faithful companion. The pooch did indeed perform a valiant act of barking frantically until his owner stood up.

« Wilbur saved our lives! » If he hadn’t barked to warn us that something was wrong, I never would have known the house was on fire until it was too late. He is without doubt a hero in our eyes and forever our most faithful friend,” his mistress told IrishCentral. Wilbur was not in the habit of making his voice heard for nothing in the middle of the night. His cries for help therefore immediately alerted his family, who were able to leave the premises in time.

Firefighters then intervened and brought the blaze under control.