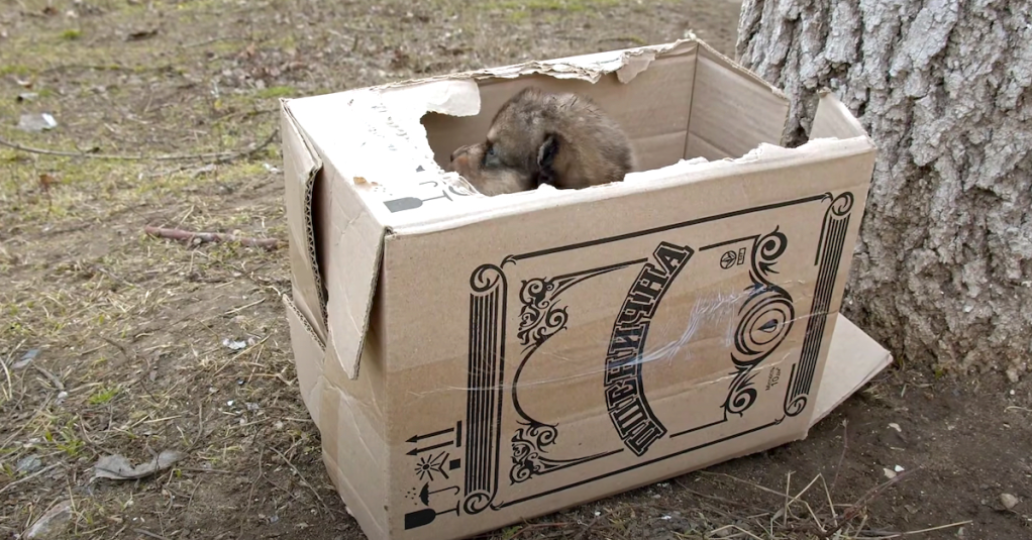 A man who had discovered a crate with some tiny, helpless pups inside called Love Furry Friends Rescue. The dad had lingered with the puppies for an hour contemplating what to do with them before they quickly headed off for rescue. Although he was unable to keep them, he nevertheless wanted to ensure that they were placed in capable hands.

And they did that! Since they were only approximately three weeks old, the rescuers brought them in for examinations and to be fed warm milk every two to three hours. The name Totoshka was given to the male, and Gerda to the female. And there would be no more concern for these two about being abandoned and left on their own.