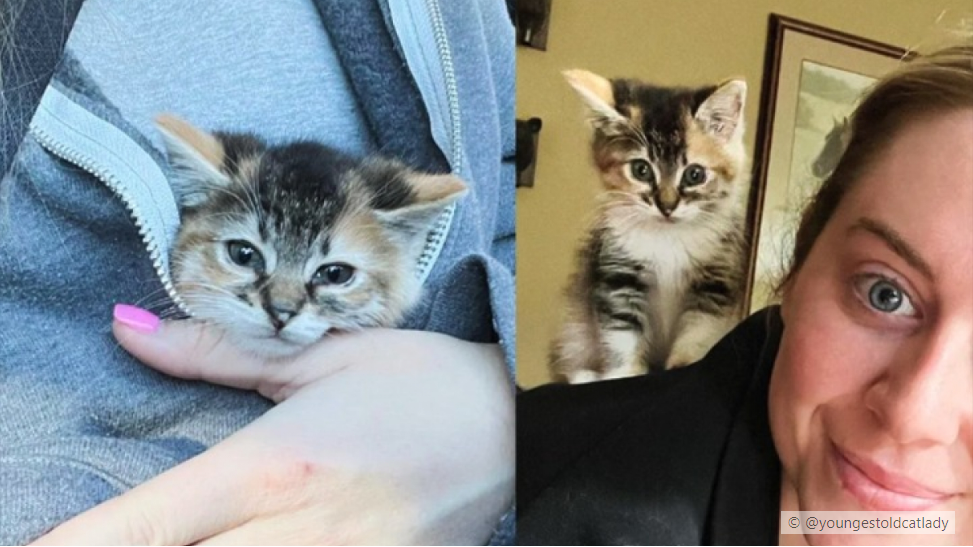 The volunteer foster families of associations that campaign for animal welfare do a remarkable job. The patience and kindness they show help many felines regain confidence in themselves and in humans. Potato was transformed with them.

The Ashley’s Kitten Academy shelter, located in Washington in the United States, was given a female kitten called Potato. The little one was born on the street and raised by her wild mother. Although she was still very young, she had associated humans with a threat. Her mother was also taken care of, but only long enough to be sterilized and vaccinated. She was then released into her natural environment.

But Potato had a chance to be socialized with the goal of enjoying a comfortable life in a loving home. Ashley Morrison, the founder of the shelter, provided a calm and soothing environment for her protege in her own home. She also took her to the vet for a check-up. Potato was cured of an upper respiratory infection and then was able to begin integration. 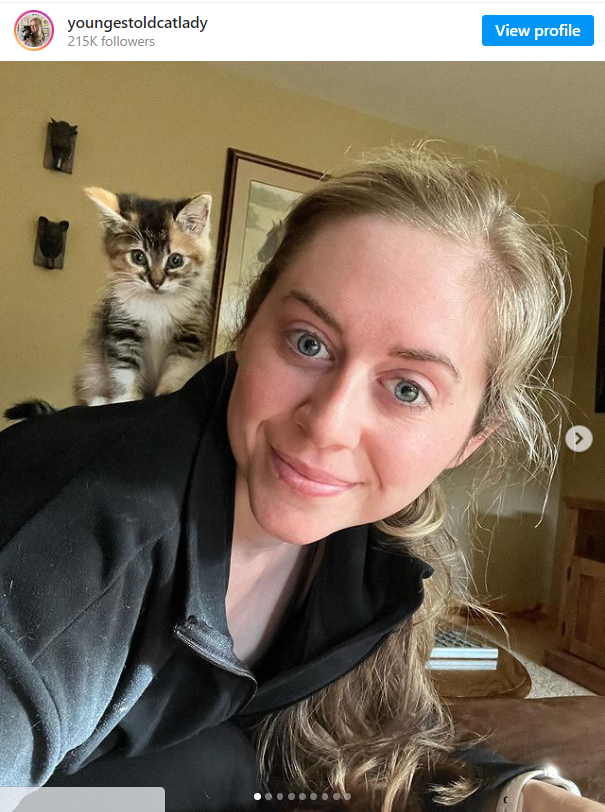 Potato felt lost in this new environment unknown to her. She hissed as soon as Ashley entered the room and cowered in a corner, hoping not to be touched.

His Good Samaritan gave him a bath aimed at washing his coat soiled by his former life as a stray cat. And against all odds, Potato has finally enjoyed the newfound attention it’s been getting.

The young lady was making progress day by day. She very quickly assimilated the use of the litter box and enjoyed the good meals prepared with love by her benefactress. Later, she met Thelma and Bonnie, young specimens also in Ashley’s care, who helped her socialize. 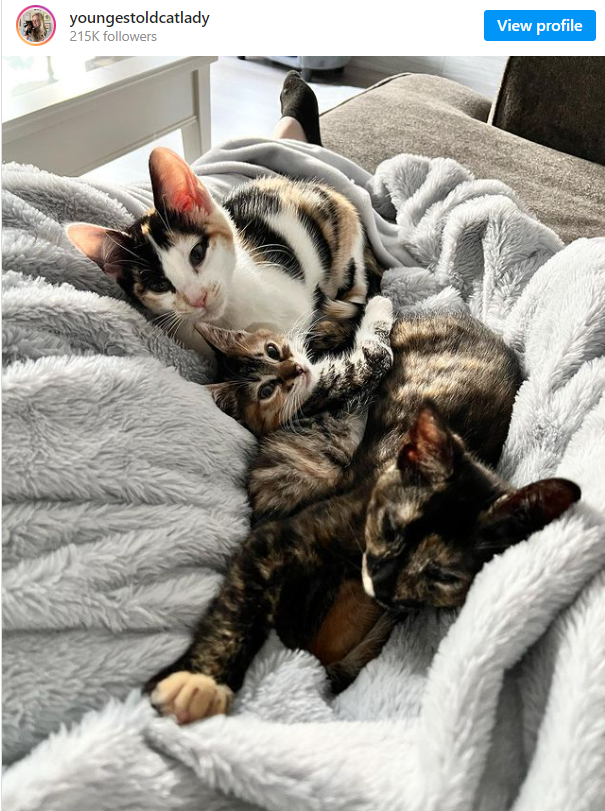 Potato was delighted to live with congeners. « Her new playmates have made her so happy, » Ashley said.

Now, the former wild kitten shares her foster family’s bed and purrs to show her joy at being cuddled.

Potato now enjoys the life of an indoor cat and will soon be offered for adoption so that she can find her forever home.