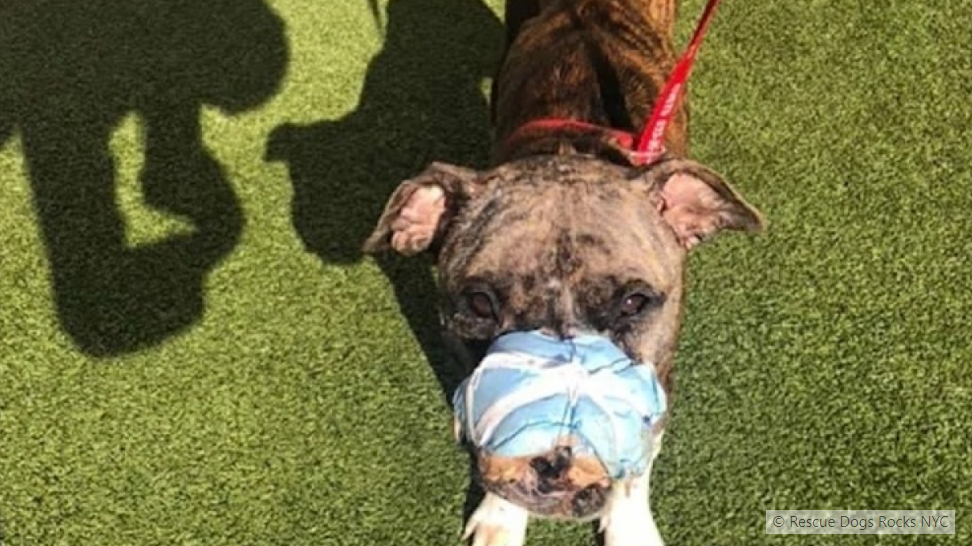 Amber’s story was very sad before she found refuge with good Samaritans who did what was necessary to put her back on her feet. She is now living her best life after showing unparalleled resilience.

Amber was found in 2020 in poor condition on the side of a road in a rural area of North Carolina in the United States. There is little doubt that she had been used for illegal dog fighting. Her pretty face was in tatters and the wounds had become infected.

She was also underweight and had dirofilariasis (or heartworm disease). The Rescue Dogs Rocks NYC shelter therefore entrusted her to Columbia’s trauma and emergency veterinary unit for a period of time so that she could benefit from emergency care.

As a priority, the veterinarians disinfected the wounds. They noticed at that time that one of his nostrils was totally destroyed and the tissue was beyond repair.

“She needed several surgeries to correct these issues. She had 5 days of anesthesia in a row to have her bandage changed regularly to ensure proper healing,” surgical nurse Nikki Phillipp told Metro.

At the same time, Amber was cured of inflammatory bowel disease and heartworm disease. She was also sterilized and dewormed. 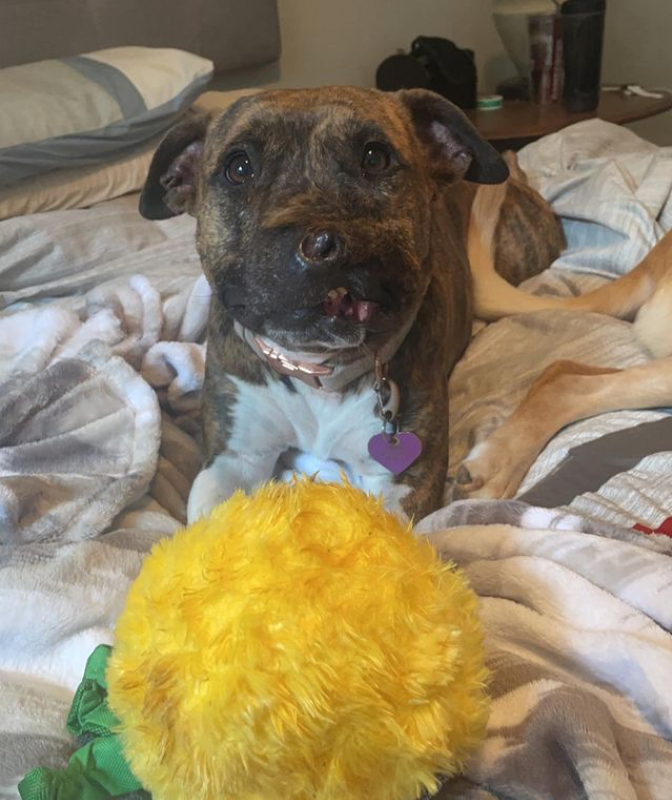 “After there was enough healthy tissue, the surgeon took a flap of skin from his neck and placed it on his muzzle. He tried to create 2 new nasal passages, so she could breathe through her nose. After 2 weeks she had her stitches removed and looked great,” Nikki said.

The road to recovery was still long and Amber suffered from severe separation anxiety. Once his state of health stabilized, the shelter volunteers took over.

Canine educators taught her to regain confidence in herself and in humans while the trainers gave her all their affection. 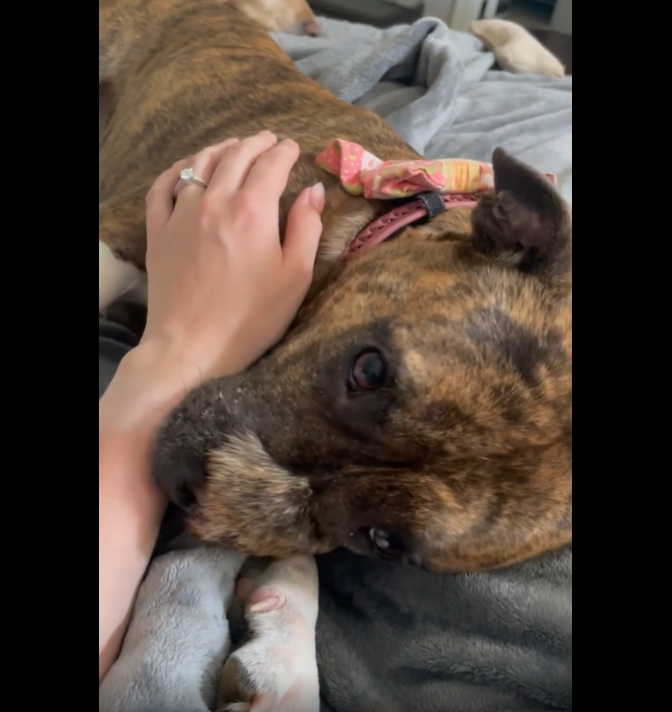 After some time, Amber’s story touched a couple who wanted to adopt her. In the end, she can only breathe with one nostril, but has adapted very well to her condition.

She enjoys today surrounded by love and 2 congeners with whom she is very complicit.

Amber weighs, 2 years after her rescue, nearly 20 kilograms and can now eat on her own. She is full of energy to the delight of her masters and testifies every day to her joy in living this new life.