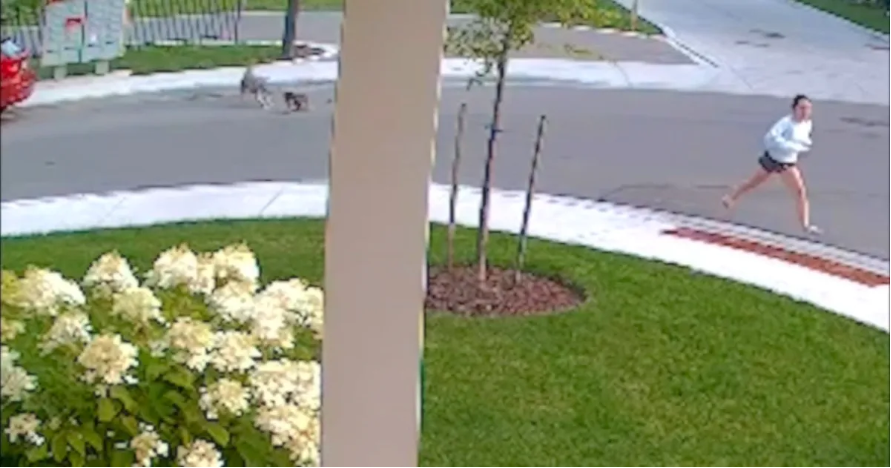 A coyote began pursuing Lily Kwan and Macy, her 6-year-old dog, as they were out on a stroll. As they attempted to flee, it attacked the Yorkie, but Macy turned around to fight back to save her owner.

Since Macy was no longer sprinting beside her, Lily had to release her grip on the leash. The small dog received the most of the damage, yet she succeeded in allowing her owner to flee to safety. The girl ran to a nearby home where it was all captured on camera. And that’s where we see the Yorkie scaring the coyote off in the end! After surgery, the little hero showed she would pull through. As they say, it’s not the size of the dog in the fight but the size of the fight in the dog!