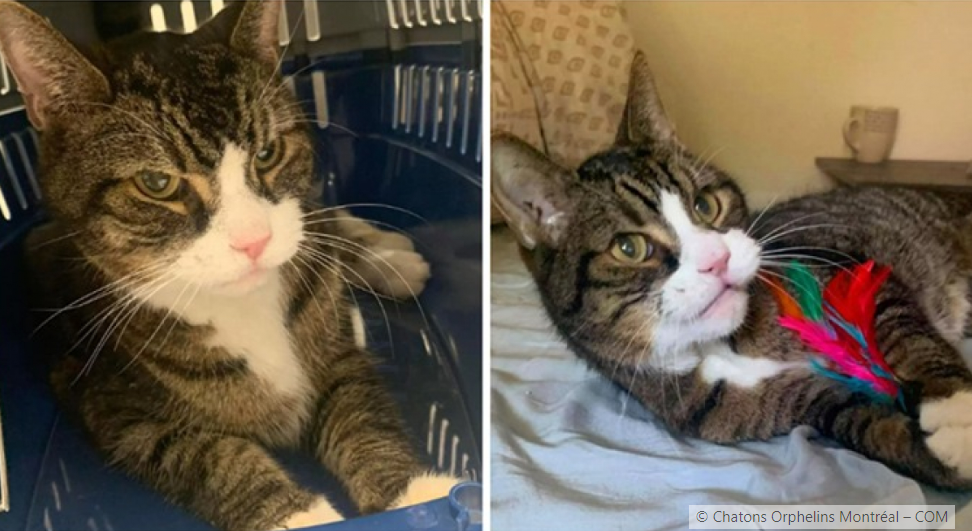 Small gestures of altruism can change the life of the one who receives them. That’s what happened to Granpruno, a 9-year-old stray alley cat with health issues. A couple came to his aid and today he lives like a king!

A couple of Montrealers, volunteers with the association Chatons Orphelins Montréal, noticed that a tomcat was prowling near their house. The man and the woman therefore began to offer him food and fresh water, which he immediately accepted.

For several months, Granpruno, as they named it, reveled in the presence of delicacies and the affection of its good Samaritans.

“This big cat wanted petting and was happy to get attention. He would come as soon as we called him,” they told the Dailycats.

However, one day he did not return.

The couple was therefore worried and looked for him everywhere, in vain. The benefactors then thought that he might have gone home. 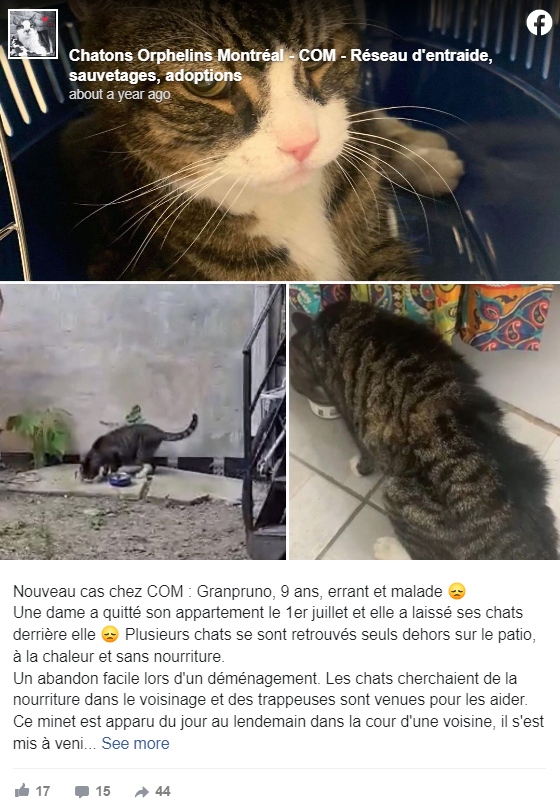 A few weeks later, while taking out his trash, the man came face to face with Granpruno. The tomcat had taken refuge in a container and was in poor condition.

« He was just skin and bones and he didn’t look well at all, » said the benefactor who rushed him to the veterinary clinic.

The unfortunate suffered from hyperthyroidism. He was therefore prescribed appropriate treatment. 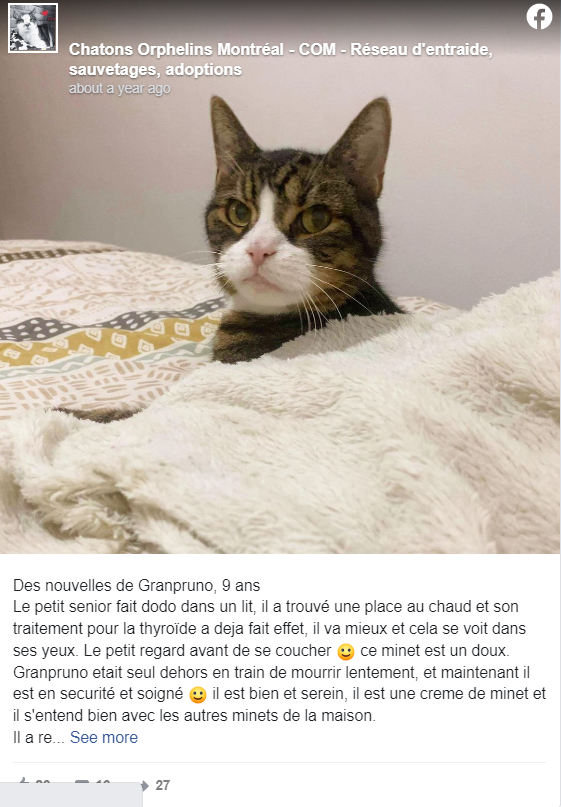 The volunteers wanted to open the doors of their home to him while he recovers and regains his strength.

“He’s the cream of the crop and he gets along well with the other felines in the house. He is very talkative and becomes a kitten again as soon as you wave a feather under his nose,” they said.

The shelter was afraid that Granpruno would not find adopters due to his advanced age and health issues.

But her foster family had become strongly attached to the furball and therefore officially adopted her. Since then, Granpruno has lived its best existence.