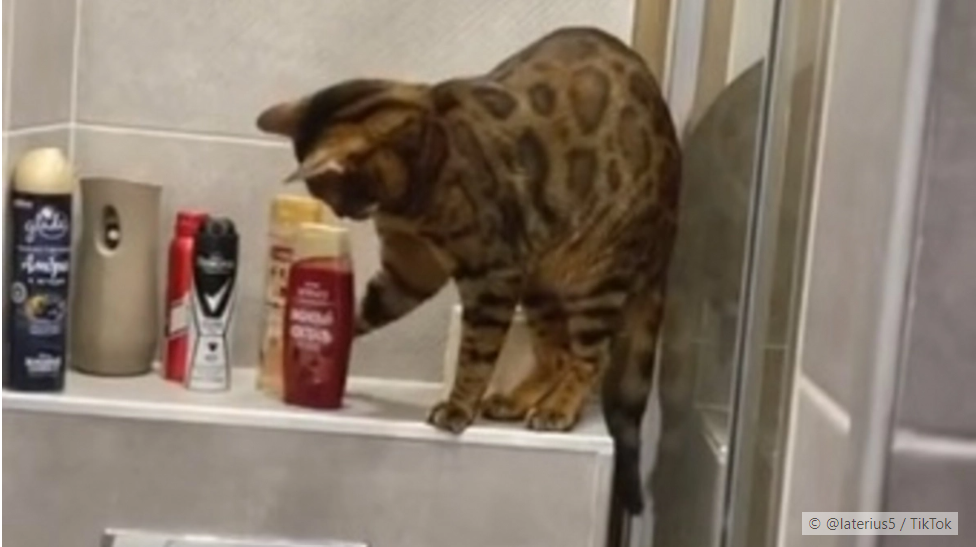 Cats have this annoying habit of knocking down anything on tables, desks or any surface that is accessible to them. Here’ however, it is a shelf in the bathroom that a Bengal decided to empty in a few strokes.

Cats have many quirks that are hard to explain and understand. One of them is to push the objects they find on a table. The feline in question in the viral video relayed by Newsweek has chosen to express this “art” in the toilets of its owner.

We can see him at work in a video posted on TikTok on September 4 and has since gone viral, with 3 million views on the clock. Shared by @laterius5, it shows the animal, of the Bengal race, cleaning the bathroom in its own way. Quietly installed in the niche above the toilet bowl, he works to clear this storage space of everything that clutters it in his eyes.

In fact, the feline leaves absolutely nothing there. Nothing escapes his paws. Bottles, an automatic perfume diffuser and even a roll of toilet paper pay the price for the quadruped’s desire for deep cleaning. 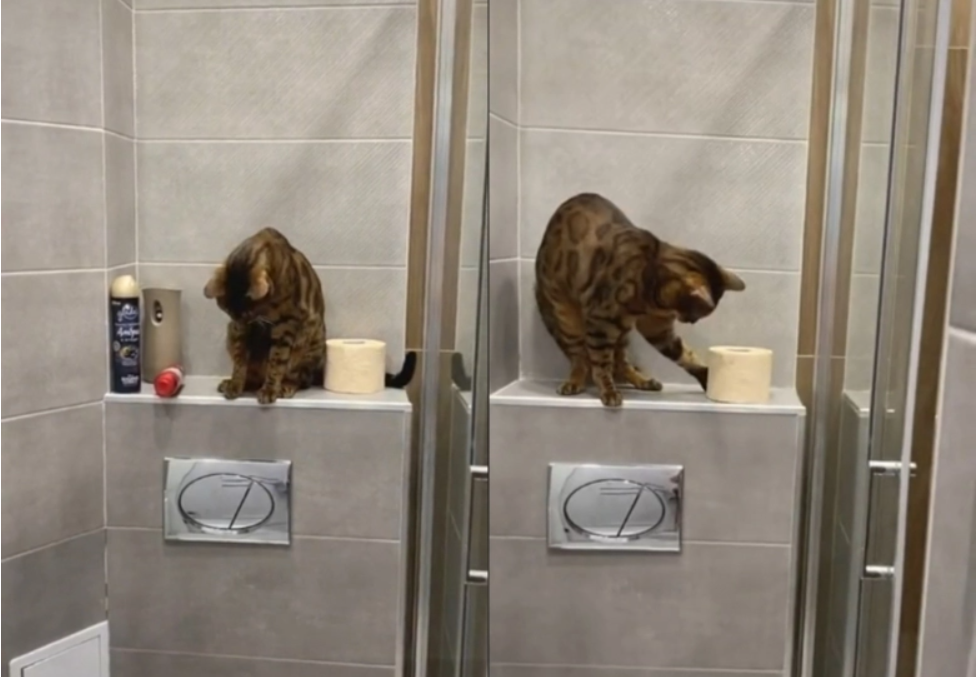 They all fall into the bowl, the lid of which has fortunately been closed by the owner, who obviously does not want to have to fish them out as he has had to do in the past.

« Fabulous. Before, it was too crowded. Now it’s perfect,” commented user Sharon Zanghi. « I told you time and time again not to put stuff on my ledge, » Brent joked, taking on the role of the cat. And for Lissa Herndon Suda, “cats are great decorators. Always faithful to the minimalist look”.