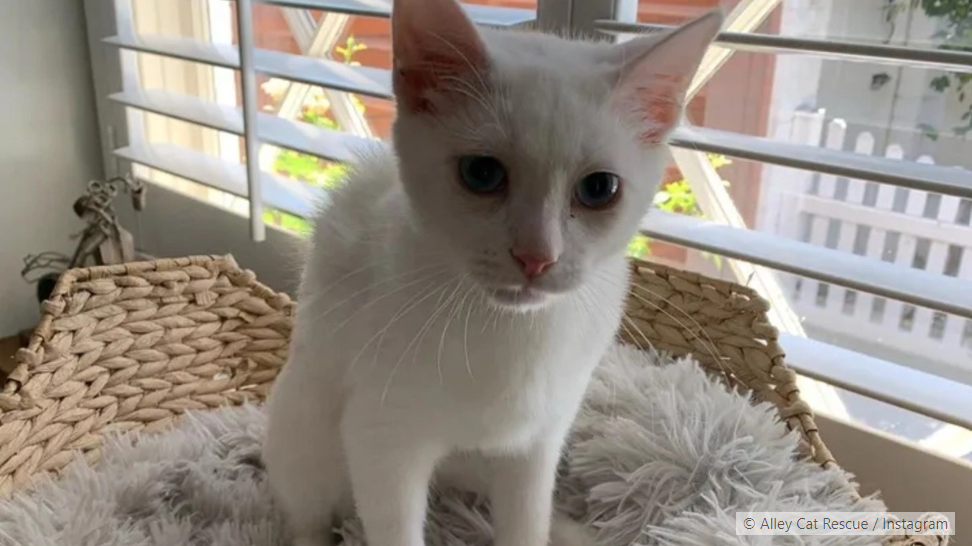 Saved from wandering and his health problems, a kitten taken in by an association and placed in a foster family decided to help his fellow creatures in turn. Despite his young age, he spontaneously takes on the role of big brother to reassure those who, like him a few weeks earlier, was on the edge of the abyss.

Sky is an adorable white kitten with blue eyes, found stray and injured on one of the streets of Los Angeles. Warned, the Alley Cat Rescue association quickly intervened and took care of it, according to Love Meow. 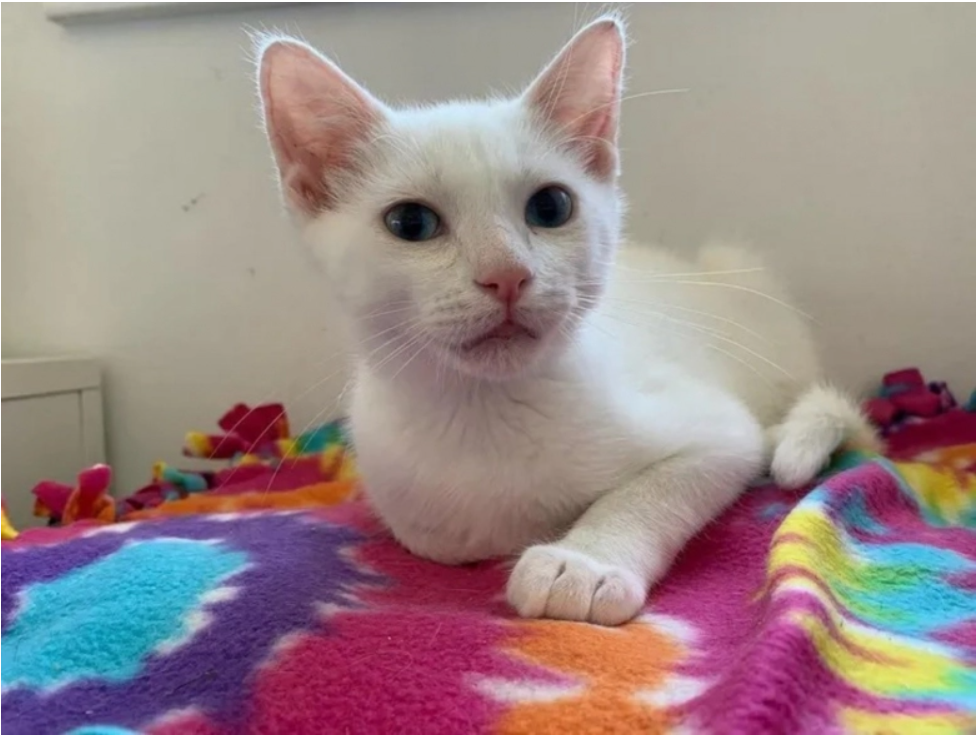 The young feline suffered from a terrible chin injury and an upper respiratory infection. He had to be operated on his chin and received treatment for his infectious disease.

The vets also realized that he was having trouble breathing. They performed X-rays which revealed a congenital chest deformity, called pectus excavatum. This could only be corrected surgically. 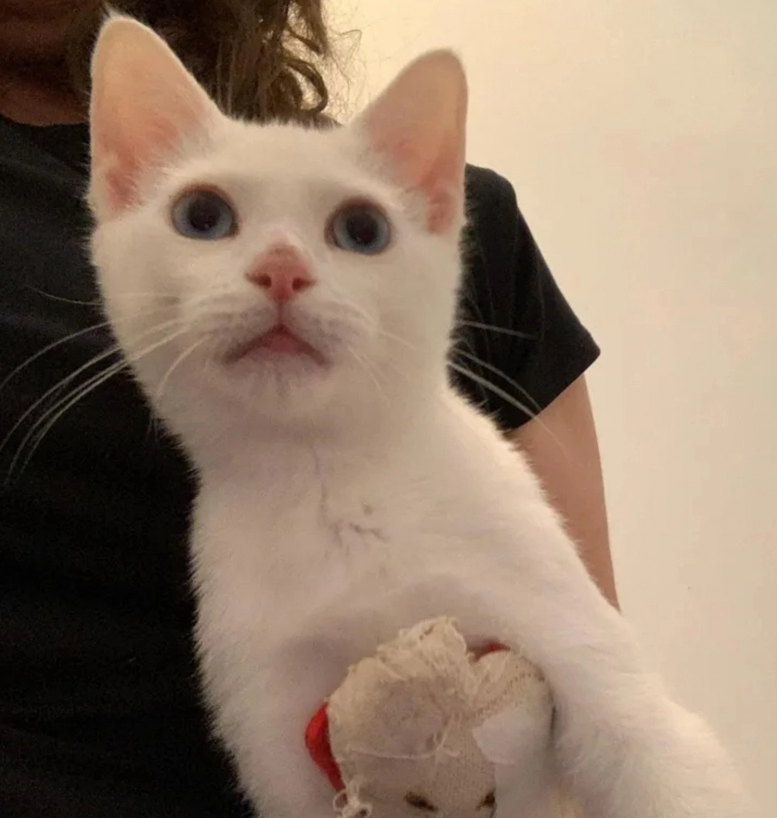 A new operation, therefore, took place, while his chin and his infection healed. The operation was successfully completed. The next day, he regained his enthusiasm and his appetite.

They put a plate on her chest and made her wear a jacket to protect her. Throughout his recovery, Sky was sweet and loving with his foster mother and everyone he met.

He got into the habit of jumping on his benefactor’s lap to look her straight in the eye before falling asleep. With his constant purrs, he quickly charmed everyone. 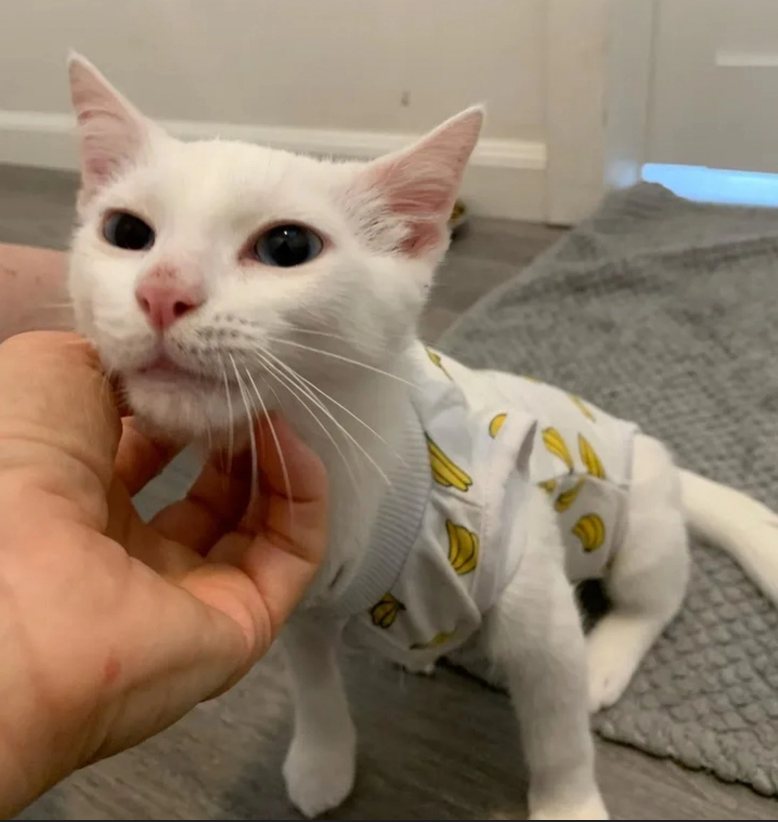 A month after the surgery, he finally had his chest plate removed. To celebrate, the kitten immediately climbed to the top of a cat tree, happy to have regained her freedom. He has become friends with the other cats in the foster family, including a tabby cat, Bubblegum, who recently gave birth. He instinctively started to groom and protect the newborns, as if they were his little ones. 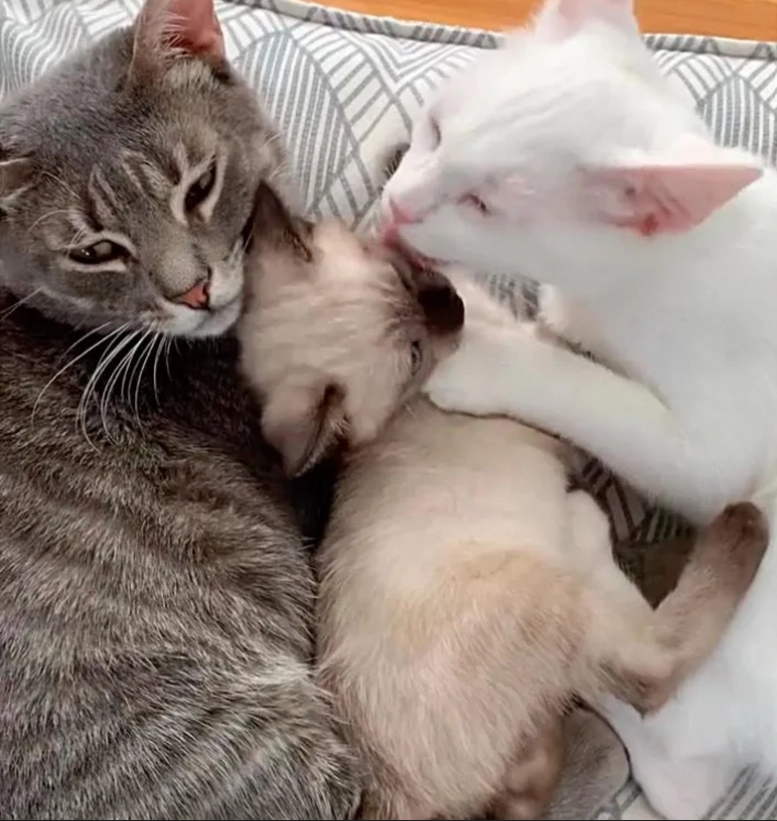 He was just as protective with Si, a young Siamese cross freshly taken in. This kitten was extremely thin when she arrived and was in great need of comfort. Fed by the volunteer and pampered by Sky, her condition quickly improved.

Although only 5 months old, Sky loves to play caring and caring big brother with the little ones. After surviving the streets, illness and 2 operations, he is determined to give back to his fellows in need.