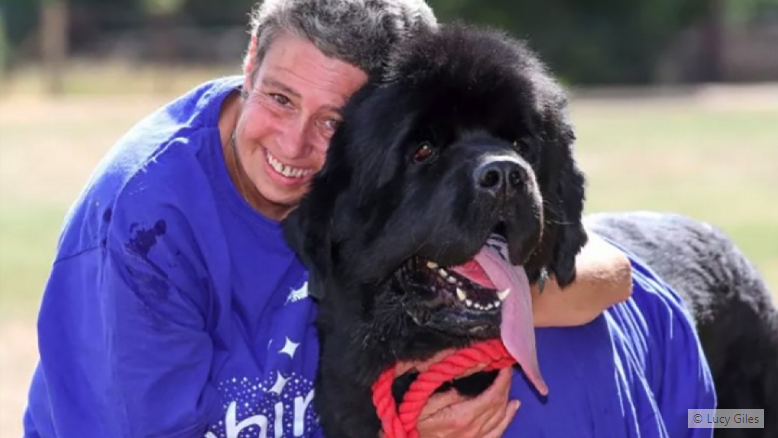 Lucy Giles assures that her big doggie literally saved her life. However, originally, it was she who performed a charitable act by adopting him. The canine’s flair and 6th sense detected her illness, and he did everything in his power to pass the information on to her.

Lucy Giles is 45 and lives with her family and beloved dogs in Didcot, a railway town in England. One of them is called Brody. He is a Newfoundland of nearly 70 kilograms with a big heart.

Lucy had adopted him in July 2021 when her husband Ashley, 62, had been in hospital for 6 months with complications from Covid 19.

The giant canid breed is known for its water rescue skills due to its intelligence and natural selflessness. Lucy didn’t train him for this, but Brody did perform a heroic deed. 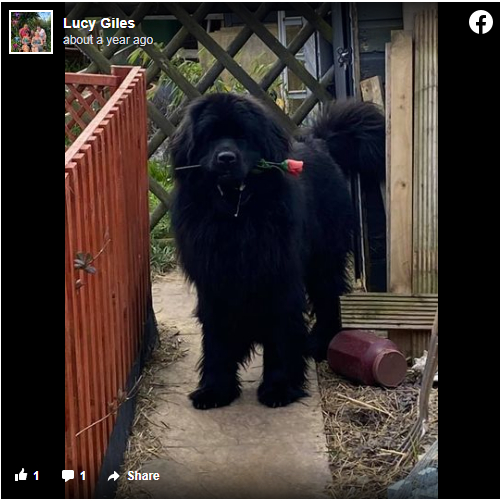 As early as September 2021, Brody began to stubbornly sniff his mistress’ chest and snuggle tenderly against her.

« It was mostly when I was sitting, either watching TV or resting, and always in the same spot on my right side, » Lucy told NewsWeek. At first, the 50-year-old thought that her faithful 4-legged friend was eager for attention and caresses, but his insistent actions finally alerted her. 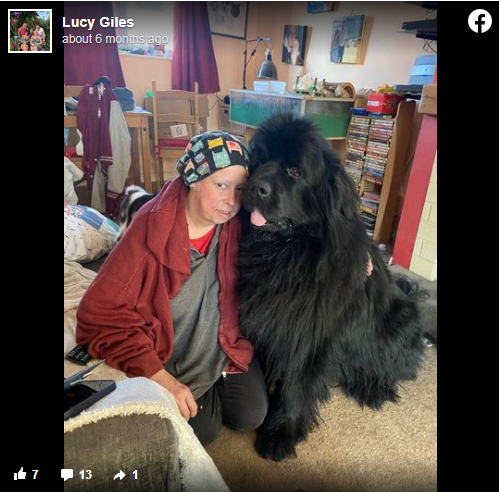 Lucy therefore tried to find the issue and felt a disturbing lump in her right breast. She therefore consulted a doctor who confirmed that she had a serious illness.

“The hospital called me one afternoon. The doctor immediately said that I had Her2-positive cancer. The news was hard to take,” Lucy said.

Since then, the woman has undergone heavy treatment. Brody supports her in this difficult ordeal by giving her all his love.