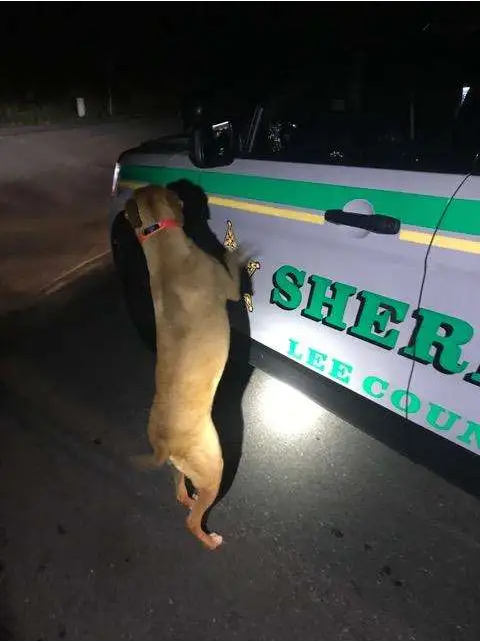 After responding to a report, Deputy Soto and Sergeant Rose of the Lee County Sheriff’s Office in Florida were about to return to the patrol car when they noticed something leaning against the driver-side door. A dog that appeared to be lost was there.

The dog was amiable and glad to see the police. The dog appeared to be asking for assistance because he was lost while wearing a collar.

The police assumed the dog could be starving, so Deputy Solo handed the remaining portions of his supper to Hank (the dog’s name was on his collar). The dog got directly inside the police cruiser as he opened the door!

The dog was really appreciative of the food and the compassion. Hank’s collar had an address, so the cops drove the dog to his house and reunited him with his family. 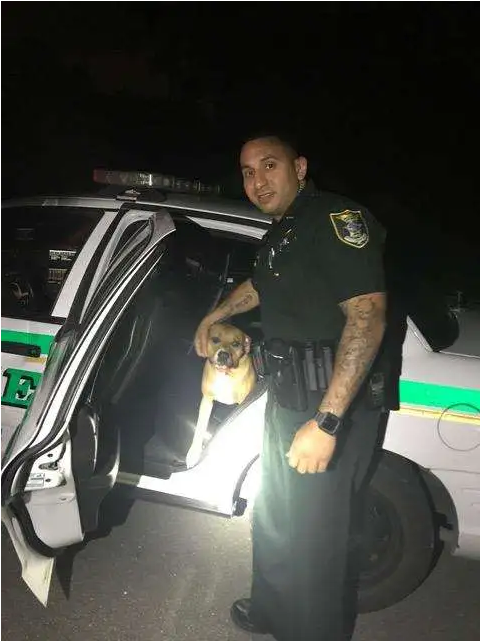 Hank’s owners didn’t even know he had escaped; it turns out that he hadn’t been gone for very long. But somehow, this nice dog knew to approach the police for assistance in locating his family. Amazing!