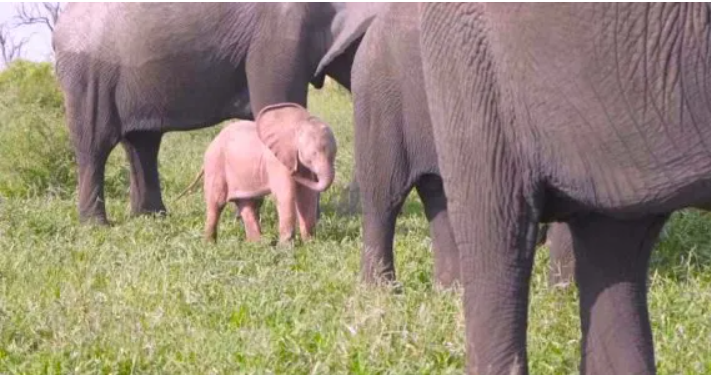 A rare pink newborn elephant appeared right in front of Tim Jansen van Vuuren’s eyes while he was taking a party through the MalaMala Game Reserve in the Kruger National Park in South Africa. Leucism, a disorder distinct from albinism that results in a partial lack of pigmentation, is thought to be the reason for the hue.

When the safari ranger came upon the calf, he had the impression that he was in a children’s film. The creature, who was the youngest of the herd and was probably only two or three weeks old at the time, happily played and frolicked in the sea of green grass while being surrounded by her relatives. It was genuinely amazing to witness.