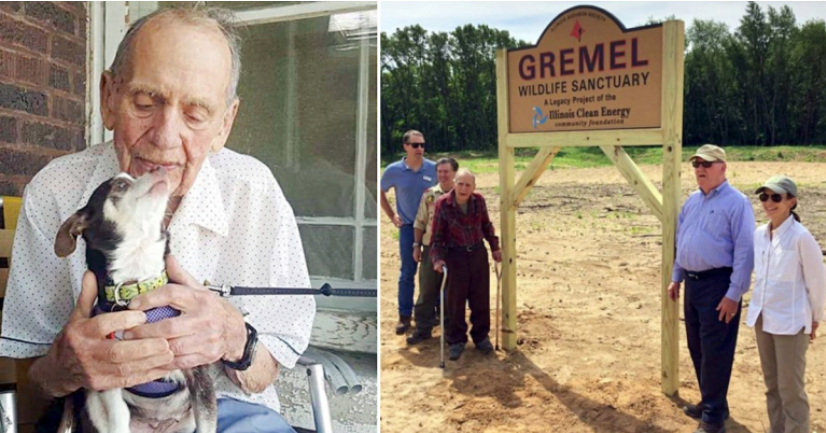 Russ Gremel led a straightforward life. He spent his entire life in the same brick home in Chicago, never got married, and never had children. After participating in World War II and attending law school, he retired at the age of 45. He also spent more than 60 years as a Boy Scout scoutmaster, and he left a lasting impression on everyone he met. Many in his neighborhood regarded him as family.

Russ seldom spent money, but on his brother’s recommendation, he once bought $1,000 worth of Walgreens stock some 70 years ago. This grew over the ensuing decades to $2 million. Later, Russ made the decision to give the Illinois Audubon Society the whole profit in order to create a wildlife refuge!

Thankfully, Russ was able to see the completion of the 400-acre Gremel Wildlife Sanctuary before dying away soon after.