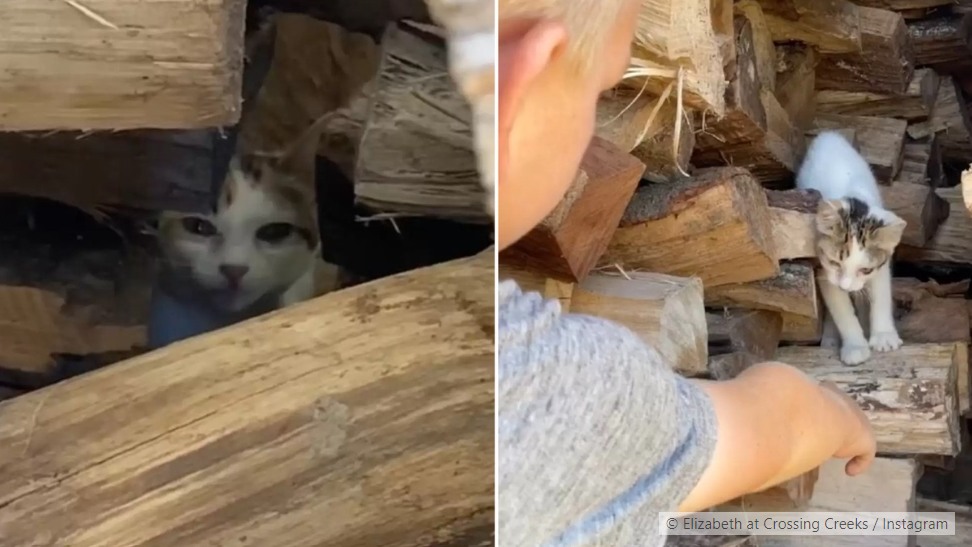 Mrs. Puffington certainly wandered for a long time before finding a place where she felt safe, even if she was still hesitant to go and meet the family who lived there. As soon as the children noticed her presence, they were the ones who went to her to make her understand that she was now at home.

A kitten broke into a farm before being spotted by its inhabitants, who decided to make it the newest member of their family. Elizabeth Stuart lives in Shelbyville, Tennessee. She owns a farm of more than 50 hectares where she practices regenerative and organic agriculture. His sons Caleb and Noah are happy to evolve in this way among animals and greenery, and their daily lives often reserve them surprises.

Recently, they experienced one of the most beautiful surprises. That day, Elizabeth Stuart was amazed to see her children taking such a close interest in the pile of firewood. What captivated them so much was not the fagots and logs, but what was hiding among them. A kitten, in this case. 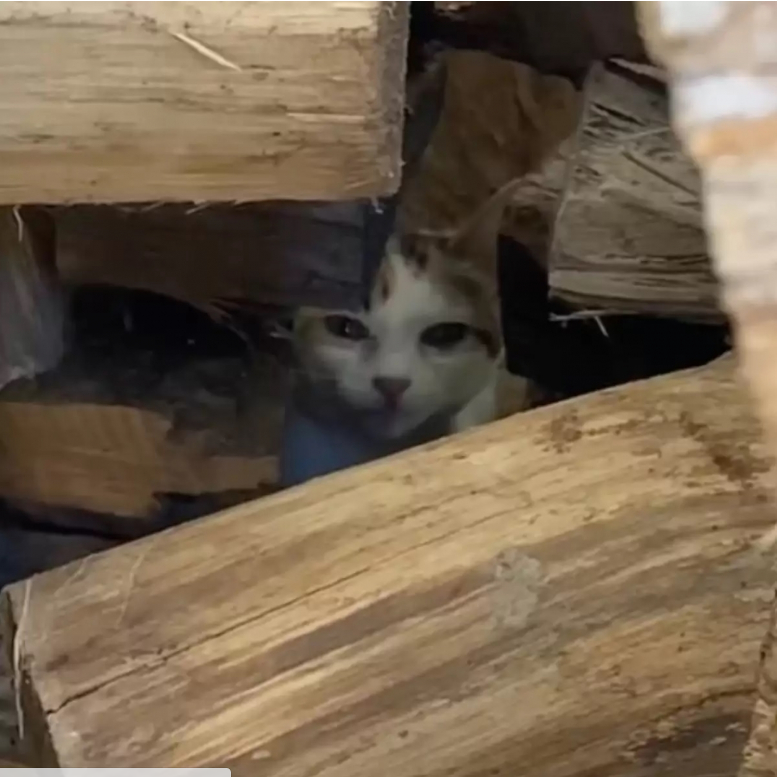 No one knows how this young cat got there. “She had to travel a long way to find our farm, but we’re so happy she did,” says the mother.

The youngest, Caleb, managed to lure her out of hiding by being very gentle and patient with her. It was he who chose a name for the little feline, which is now called Mrs. Puffington. Very quickly, the boy and the cat became the best friends in the world. 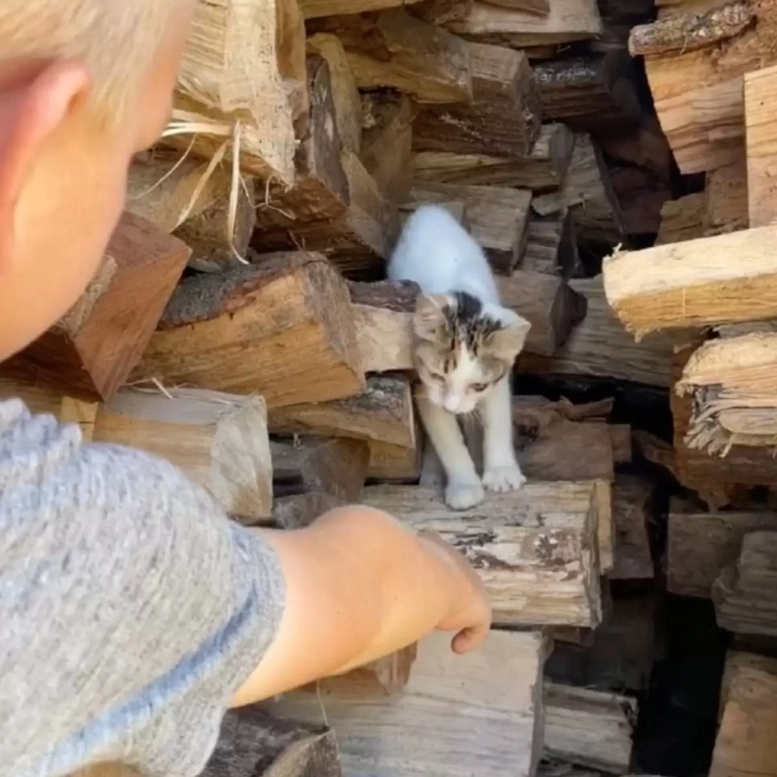 As the days passed, Mrs. Puffington began to reveal his engaging, playful and high-spirited personality. “She is very curious and loves to play and receive cuddles,” says Elizabeth Stuart about the newcomer to the family, since she was officially adopted shortly after her arrival. 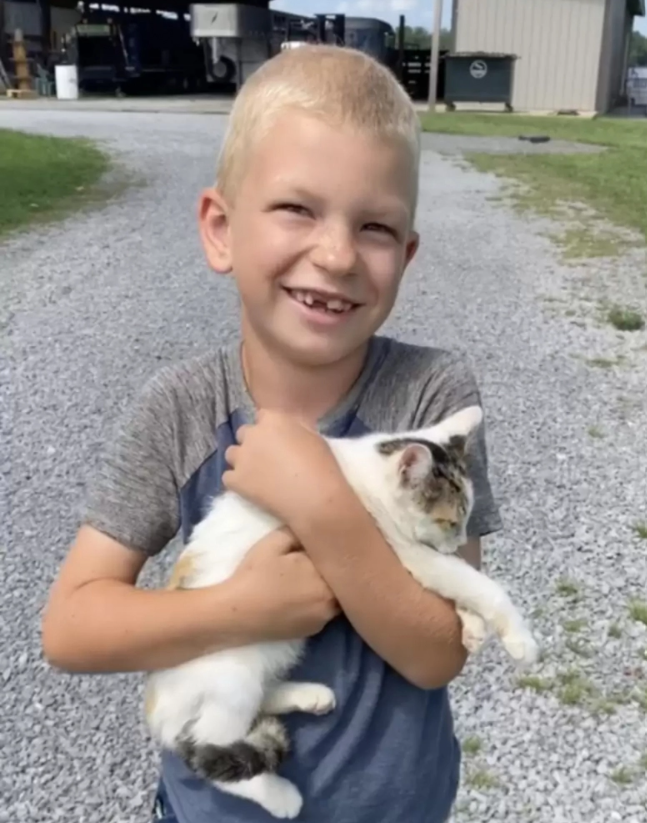 Mrs. Puffington no longer needs to wander and fight for survival. “She is thriving now,” continues her owner.

Every day, the cat waits for Caleb to come home from school to spend the rest of the day by his side playing with the toys he makes for her. Their complicity is a pleasure to see.