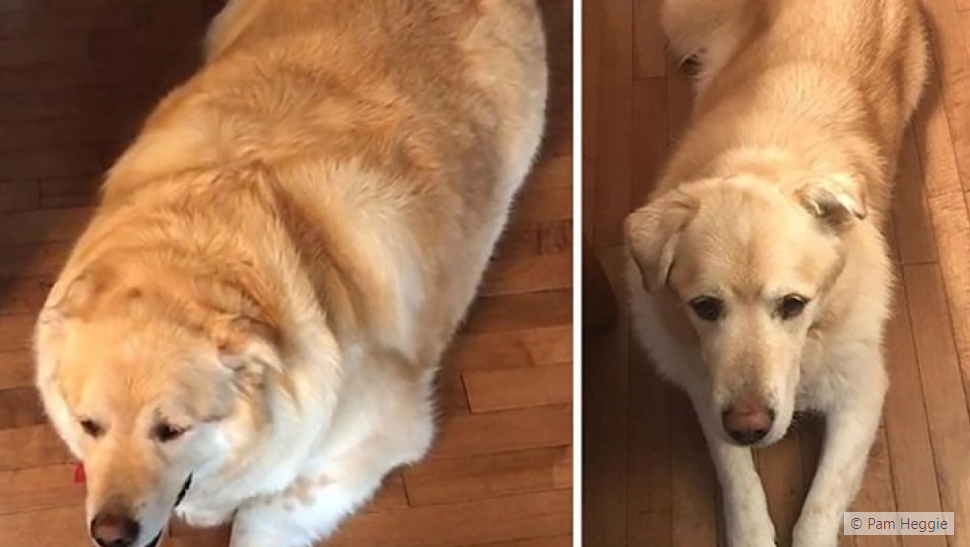 Obesity is a health problem for humans and animals. The sedentary lifestyle and the food prepared by the owners are generally the cause. Kai, a 10-year-old Golden Retriever, couldn’t even walk. Today, he enjoys life to the fullest thanks to a strict diet.

Kai is an adorable, extremely greedy dog. His former master did not limit his rations, so he became obese. In fact, when he arrived at the Misfits of Alberta Animal Rescue shelter, located in Alberta, Canada, he weighed no less than 78 kilograms, while breed standards vacillate between 28 and 34 kilograms for an adult Golden Retriever.

The poor animal could no longer walk and could only stand for a few minutes. In addition, he suffered from joint problems and his heart showed signs of weakness. The vet considered euthanizing him, but a glint in the canine’s eyes dissuaded him. He wasn’t lost, he just needed help. 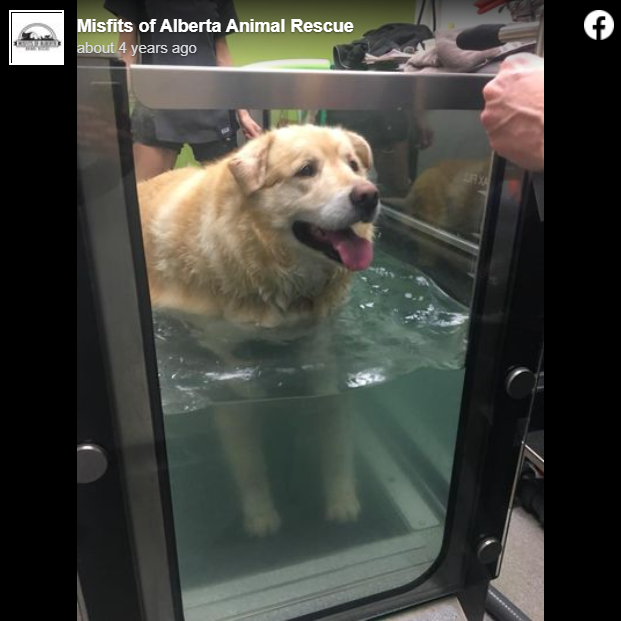 The shelter gave Kai to Pam Heggie, a savvy foster volunteer who eventually adopted him permanently. The 55-year-old woman has accompanied her new friend to a healthy weight so that he can enjoy life to the fullest. His croquettes have been adapted, and he had to give up on charcuterie.

At the same time, Pam made him exercise. The best activity for him was swimming, as it spared his aching joints. 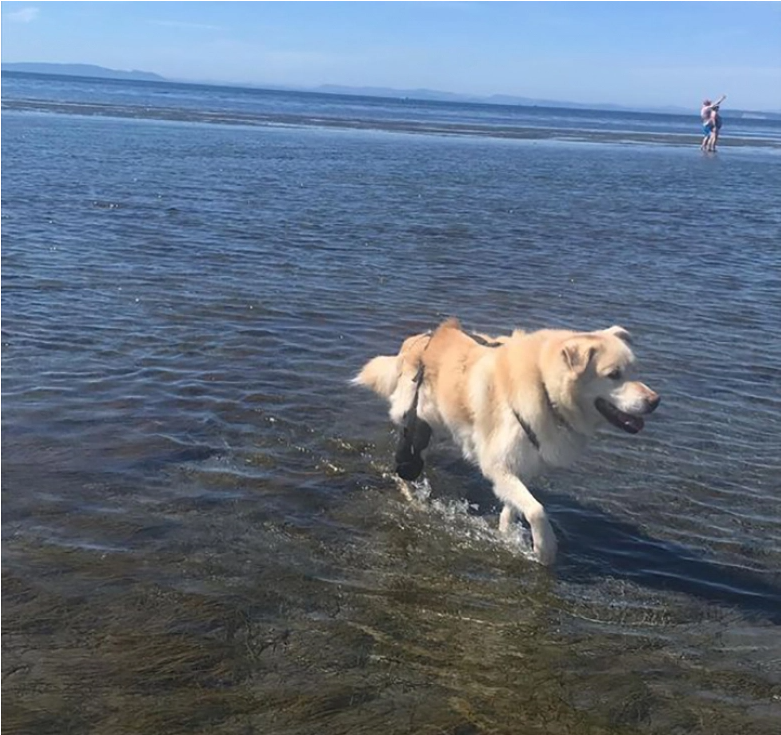 “It took Kai just under a year to lose 45 kilograms,” Pam told the Daily Star.

The doggie very quickly showed his joy at having a brand new physical condition. He could again enjoy walks with his mistress and his congeners, play and even go on vacation.

“Summer is his favourite season because he picks all the raspberries from the bushes and the low apples from the tree. He is still very greedy, but now we control what he eats,” explained Pam.

Today, Kai has stabilized his weight. Despite his 14 years, he has an Olympic form.

He even found a new vocation by becoming a therapy dog in a hospital. He brings his comfort to the sick as well as to the teams of caregivers.