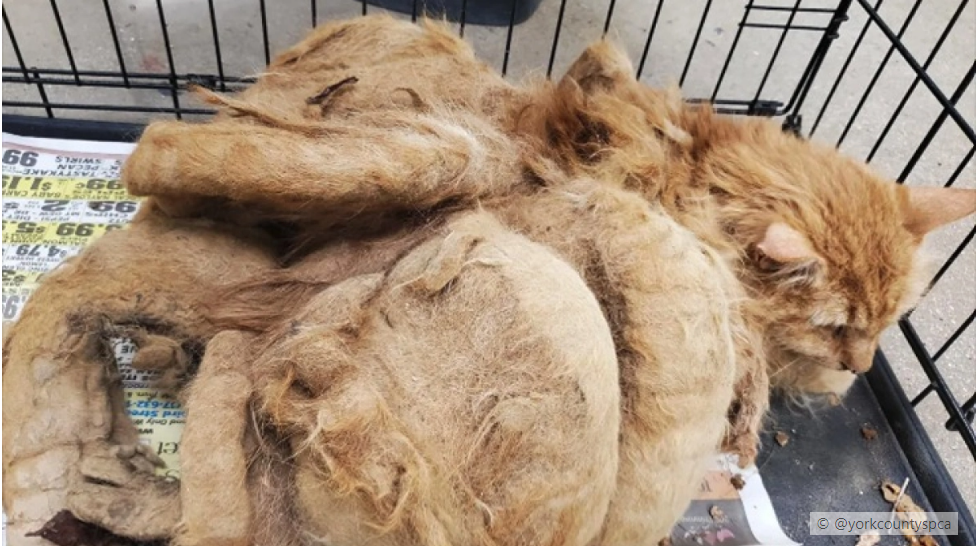 This cat turns into a beautiful tomcat after having 1.5 kilograms of matted fur removed

The poor animal was found in a deplorable state. Fortunately, the tomcat received the help he so desperately needed and was able to thrive in a shelter before being adopted by a man bereaved by the recent disappearance of his furry friend. A new start for this 10-year-old feline!

Mattie is a red cat who lived on the streets of Hanover, in the State of Pennsylvania in the United States. The lack of care and grooming caused damage to his coat. He carried a burden of tangled hair weighing more than 1.5 kilograms which prevented him from moving easily.

Luckily, a resident contacted the York County SPCA for help. « The mats were so big and heavy that it was hard to see where her real body was, » Dr. Weekes, the shelter’s medical director, told Love Meow. 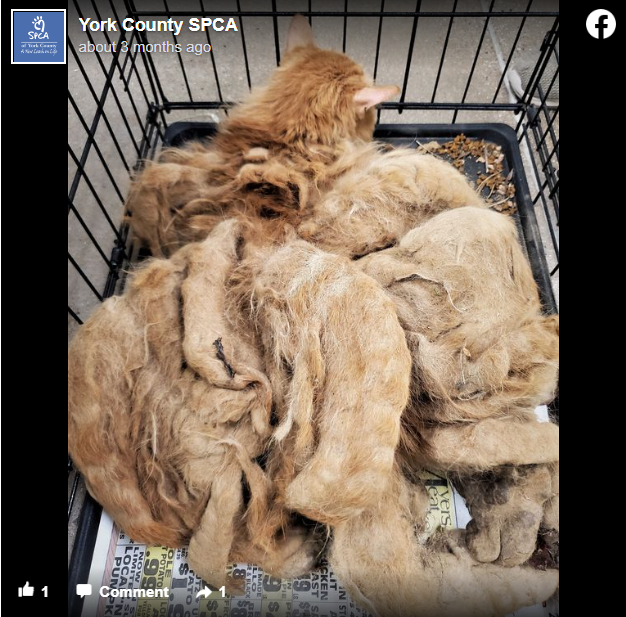 Mattie was frightened, but did not behave aggressively towards the rescuers. The team of veterinarians was therefore able to easily shave his fur. In a few hours, the tomcat had regained a feline look.

In addition, the carers discovered that Mattie suffered from diabetes. He therefore receives daily adequate treatment to regulate his blood sugar level. 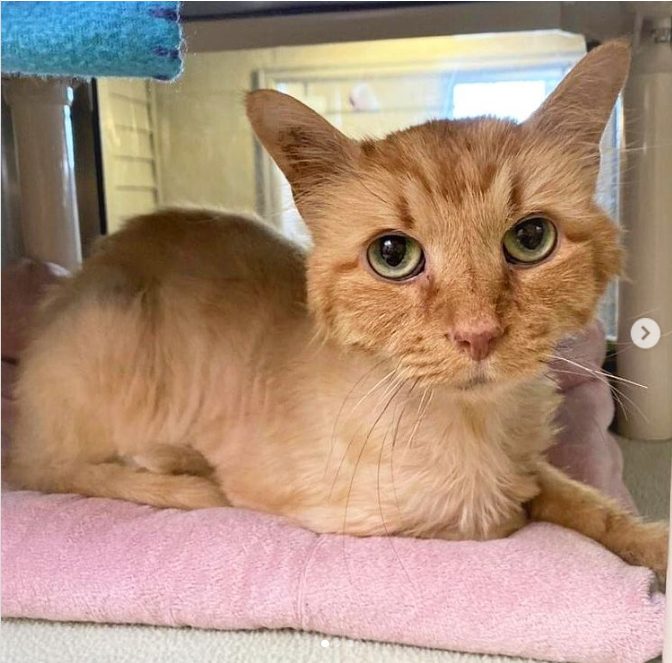 His new physical condition has allowed him to better adapt to his environment. The volunteers of the association gave him all their support in this change of life. “They offered affection when he showed interest and gave him space when he needed it,” Dr. Weekes said.

Mattie’s hair quickly grew back, revealing her lion fur. After 2 months of convalescence, the tomcat was ready to be adopted. 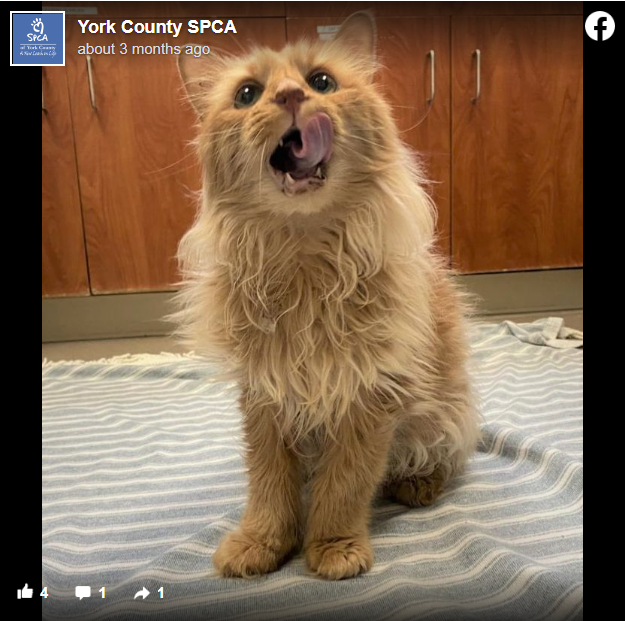 It was Chandler Scull, a veterinary technician and vice president of an animal shelter in Pittsburgh, who offered to provide him with a loving home. « Something drew me to him, and I knew deep in my guts that he was my cat, » said the man, saddened by the recent loss of his cat, also suffering from diabetes.

Mattie has therefore moved into her new quarters with a loving and caring owner who is perfectly in control of managing her health problems. He blossoms fully and brings a lot of happiness to Chandler, who thanks to him, was able to grieve.