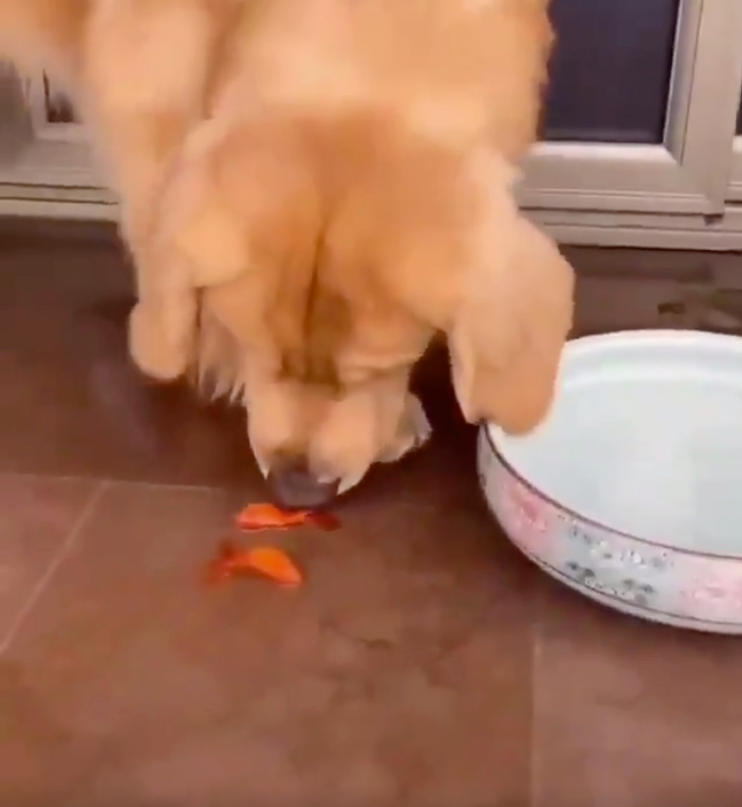 Even though it’s common knowledge that dogs are man’s best friend, who would have believed some of them could be so kind to other creatures, especially goldfish? In a viral Twitter video, this Golden Retriever puppy was shown to be the friendliest boy.

The excellent pup spotted two goldfish who had escaped their bowl lying on the ground, and he gently lifted each one in his mouth, with the utmost care to not injure them, in an attempt to put them both back into the water. 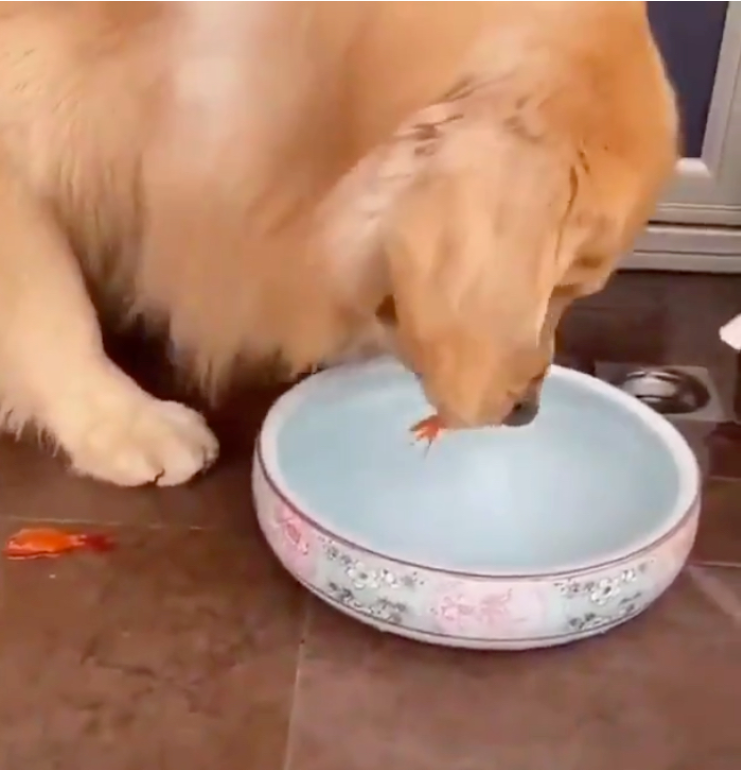 Both fish are placed in their bowls by The Golden, who even gives them a gentle prod to make sure they’re okay. Are you serious? Being this cautious and caring requires a particular breed of dog!