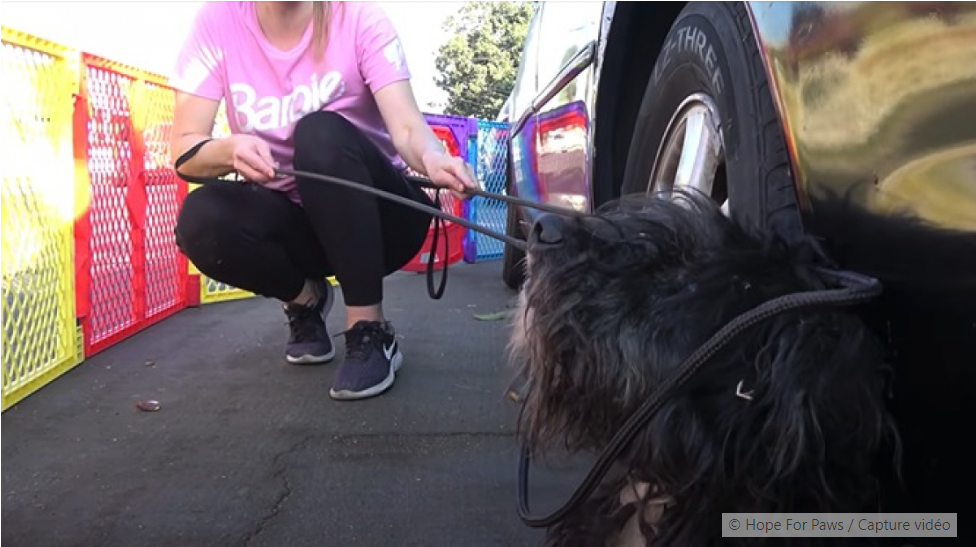 Dogs are not made to live alone on the street. This little curly-haired doggo was known to the residents of the neighborhood and finally received the help that changed his life completely. The moving photos taken by the rescue group reveal their path to happiness.

The Hope for Paws association, located in Los Angeles in the United States, comes to the aid of stray and/or abandoned animals in the region.

Recently, Mary Chatman, a woman involved in animal welfare, contacted her about a homeless 3-year-old dog. The poor animal was known to locals for living alone on the streets forever. The canine, named Ziggy, used to take refuge under cars in order to protect itself from the exhausting heat of the state of California.

The rescue team therefore equipped themselves with their capture equipment and went in search of him. Rescuers actually found him curled up under a vehicle. He was terrified and undecided to come out of hiding. The Good Samaritans therefore positioned a security barrier so that he did not escape and pulled him as gently as possible to take him to safety. 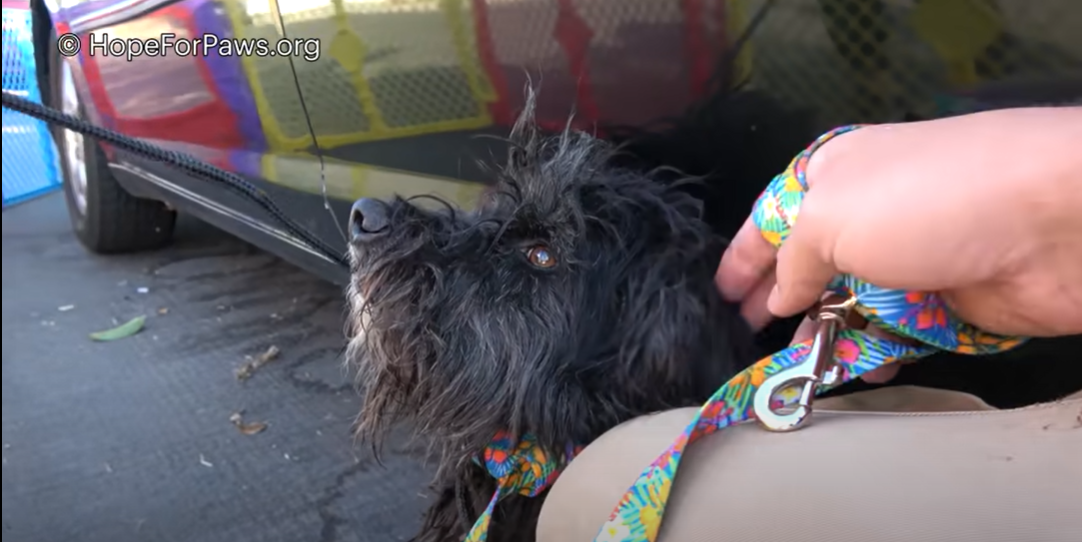 Ziggy didn’t trust humans and didn’t know how to react to them. But when the vets started taking care of him, he relaxed.

His matted coat was shaved then he took a therapeutic bath aimed at ridding him of fleas. Likewise, he was identified, dewormed, sterilized and vaccinated. Finally, the volunteers provided him with copious and balanced meals.

He then had a whole new Olympic form.

The more time passed, the more Ziggy flourished with his rescuers. He was finally adopted by a couple touched by his story.