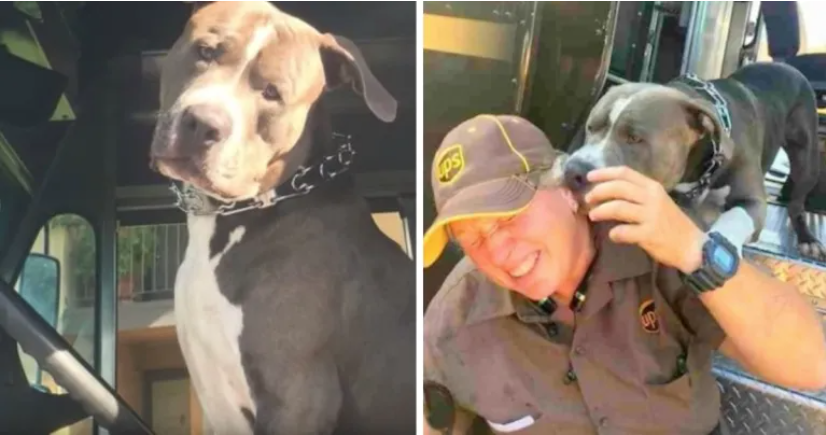 While doing her UPS route, Katie Newhouser made friends with Tina Rummel, the mother of a pit dog named Leo. Over the years, they became close and connected, until tragedy struck one day. Leo was left alone after Tina’s death. There weren’t many choices because Tina’s son was deployed overseas on active Marine duty. But Leo was certain of his objectives.

Leo virtually pleaded with Katie to take him in! He would go into her truck and stay there. Katie made the decision to care for him while her son was away on service. Leo gets along with all the other dogs in Katie’s home since he is such a gregarious and laid-back individual.

As their connection deepened and became unbreakable, Katie realized she had to retain Leo. Following the death of his owner, she adopted him and provided him with the home he truly desired.