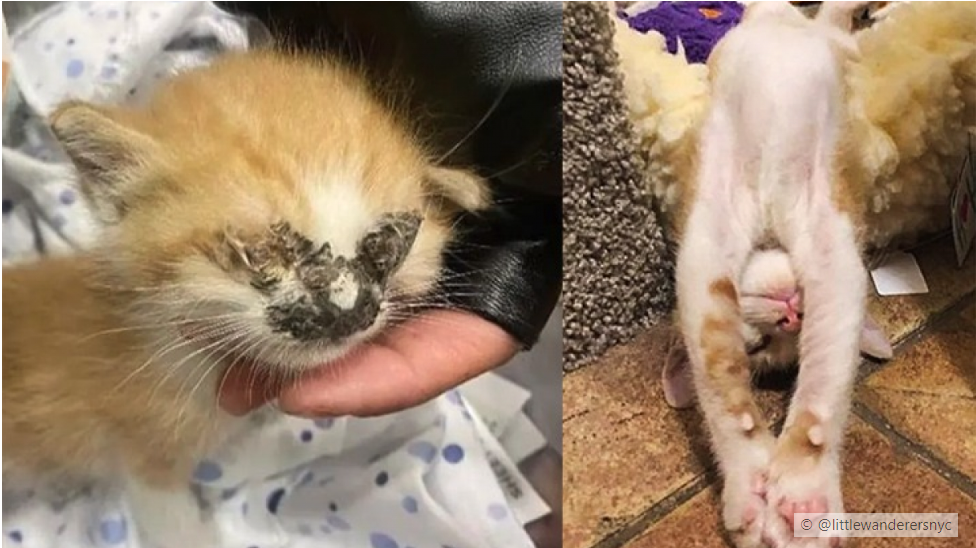 This baby ginger cat wouldn’t have survived long without help. Alone and unable to see due to a heavy infection, he would not have been able to find his food. Fortunately, he found refuge with a volunteer who fell under his spell. 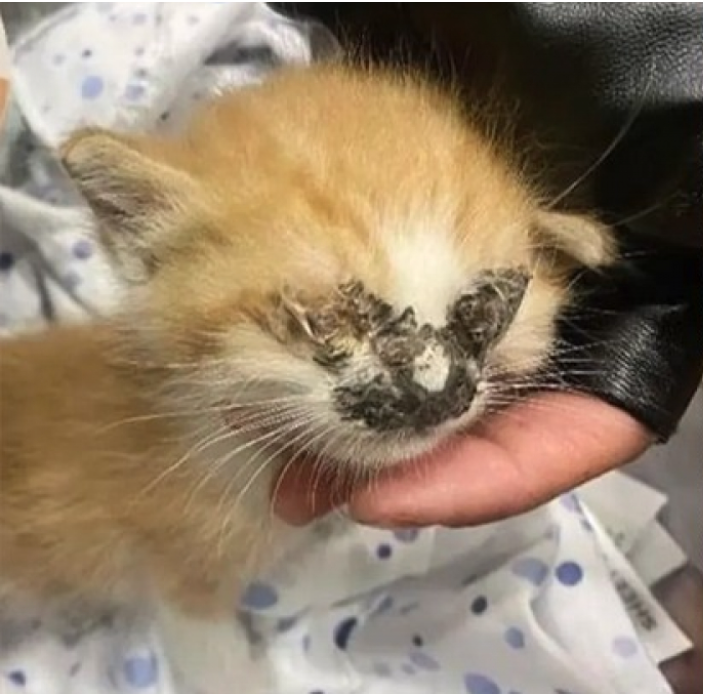 Serena is a young woman who lives in the Bronx, New York in the United States. She has been involved for many years in the Little Wanderers NYC association, which saves abandoned felines in her neighbourhood.

In July 2022, Serena was contacted about a tiny ginger kitten in a deplorable state of health.

The poor animal had been found in the basement of a nearby building. Her pretty face as well as her eyes were covered in scabs due to a severe upper respiratory tract infection.

He was also infested with parasites, extremely thin and very dirty. 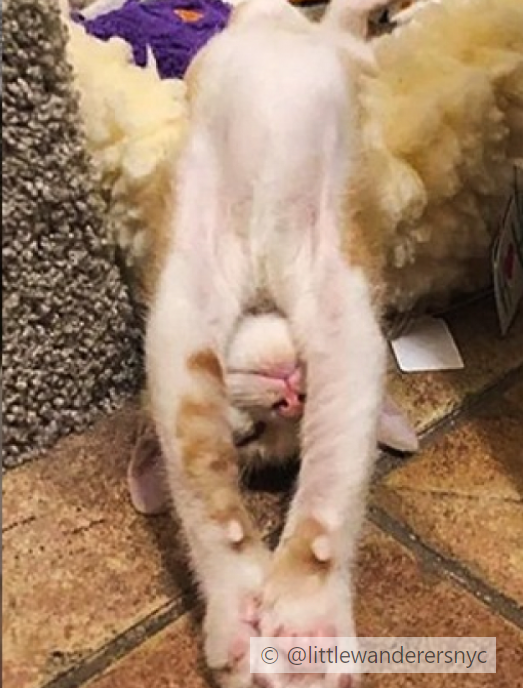 The cat named Lucky Seven was immediately taken to the veterinary clinic.

“He received intravenous fluids and emergency care. When he was strong enough to leave the hospital, he was placed with a foster family. What a remarkable and brave kitten,” Serena told Love Meow.

Within hours, Lucky Seven was already unrecognizable. He could see again. A change of condition that was life-saving for him. He demanded his bottle and the affection of his benefactress Adrienne. 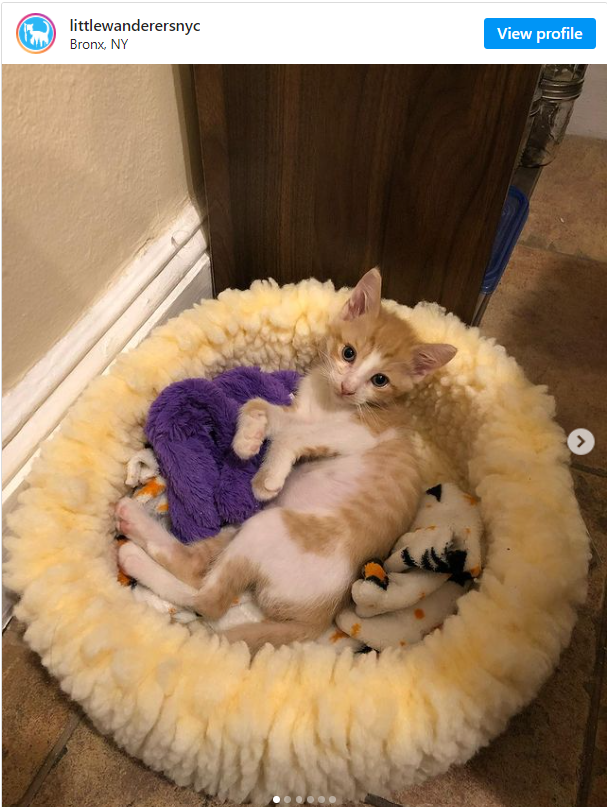 To remedy his extreme thinness, Adrienne fed him regularly 24 hours a day. “Lucky Seven was getting stronger and stronger. We were so proud of him,” said the young woman. Later, the 4.5-week-old feline met his congener Casper. The white alley cat took him under his wing and helped him socialize. Lucky Seven was a completely different cat, both in terms of his health and his behaviour.

Adrienne became deeply attached to the furball. And it was obvious that this little being had found his place. He was therefore officially adopted by Adrienne and her family who were not ready to see him leave. Lucky Seven is now flourishing and full of life.