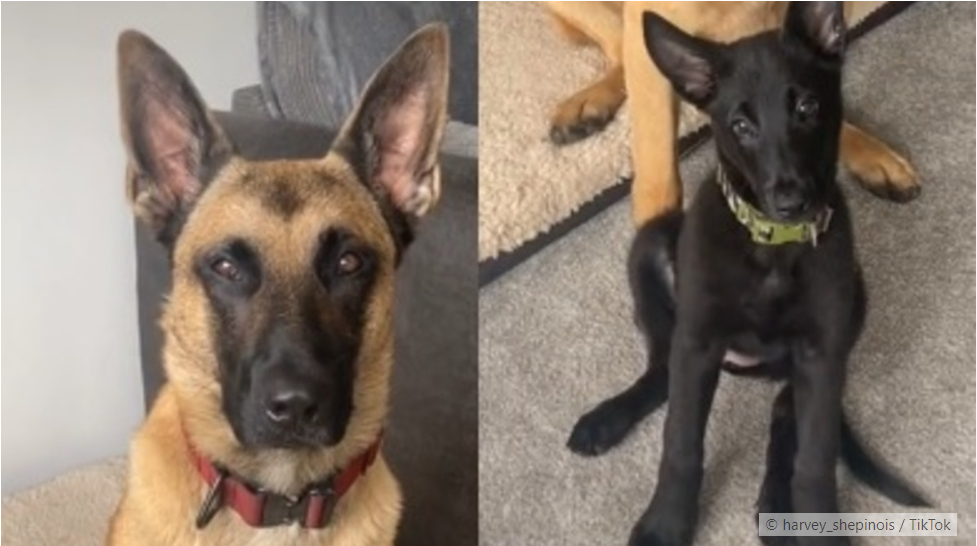 Harvey needed company and especially a congener to play with. Other dog owners preferred to avoid him because he scared them. Yet this dog is anything but terrifying. He is even full of tenderness, as evidenced by the attitude he displays with his new friend.

A 3-year-old Belgian Malinois/German Shepherd mix, Harvey had trouble making friends among other dogs. Pet owners find it « scary » and prefer not to let their pets play with him, Newsweek reported.

It was clear that Harvey felt alone, despite all the goodwill and benevolence of his master. The latter eventually understood that the best thing to do was to find him a companion.

So he decided to adopt a puppy. This is how Delta, a young female, came to enlarge the family.

Harvey was over the moon when he met his little sister. The 2 canines did not wait long before starting to play and chasing each other in all directions, as if they had known each other forever.

The owner posted a sequence of videos on TikTok that has generated 2.1 million views and many comments. Many of the netizens who commented on it expressed their support for Harvey and his owner, saying they did not understand how the scary dog could be found.

« He’s not scary. He is beautiful, just like his best friend, wrote Patricia Smith4576. I don’t know what’s wrong with people. »

“I did the same for my dog. Best decision of my life,” responded user natalia.tayson.