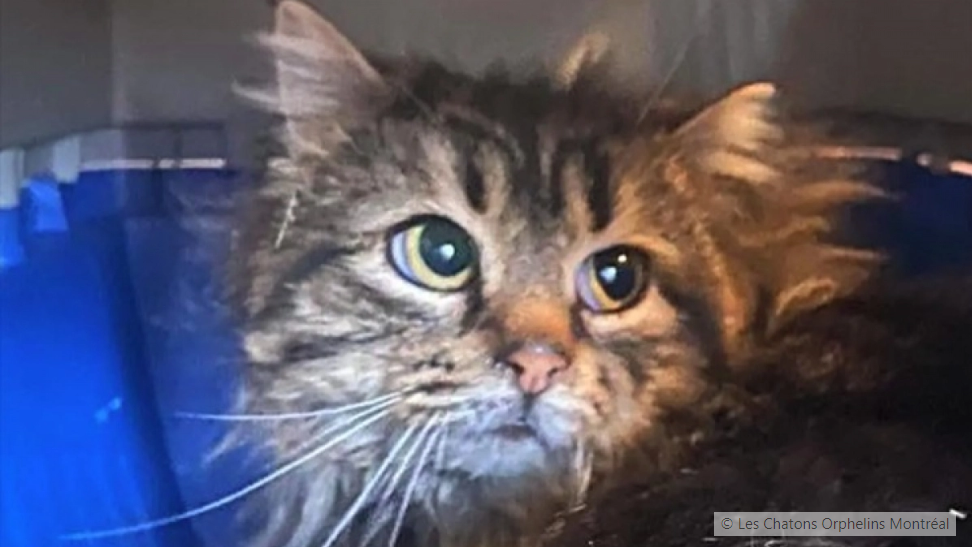 Anika had a hard life. She lived as a stray cat and fought for her survival. When she was finally rescued, she was skin and bones. The caregivers then did everything possible to ensure that she could successfully complete her pregnancy.

Anika, a 7-year-old long-haired tabby cat, was surviving on a farm in Canada. She chased her meagre meals, so she was severely underweight. Also, due to a lack of care, she was infested with internal and external parasites. Her 7 years of fighting for life worsened her state of health.

Without waiting, Céline Crom, a volunteer, took the unfortunate cat to the veterinary clinic. The animal doctor then discovered that she was pregnant. 2 tiny unborn kittens appeared on x-rays.

She has been cleared of fleas and worms, however, the caregiver did not wish to comment on the fact that Anika is carrying out her gestation. She had to regain her strength at all costs to provide enough nutrients to her offspring. 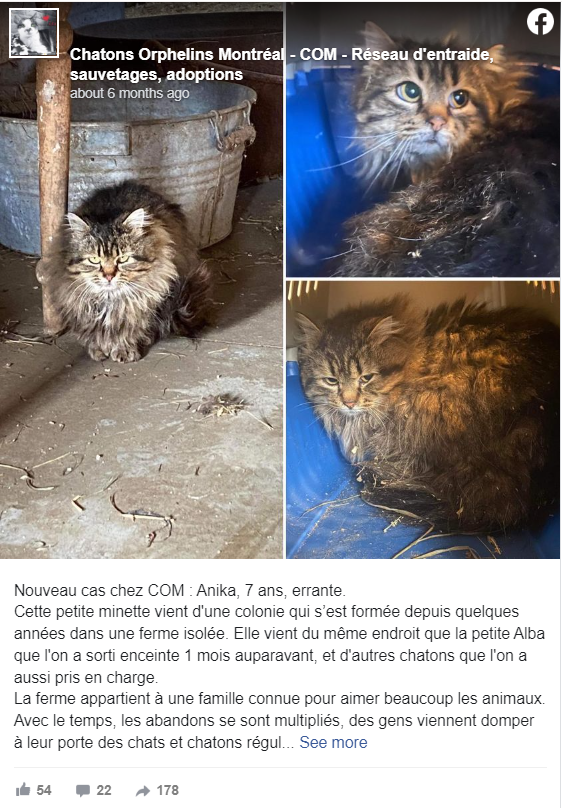 “She probably had many litters before,” explained Céline, who took her into her home.

The woman has provided her with a cosy basket with unlimited food and water. Even though Anika had only known life outdoors, she quickly got used to her new environment and Céline’s attention.

For several weeks, she spent her time eating and sleeping. She regained her energy and her babies were finally growing well.

“Anika gave birth to 2 babies without warning. The kittens clung to her and started eating her milk like champions. After just 24 hours, they both gained weight,” Celine explained. 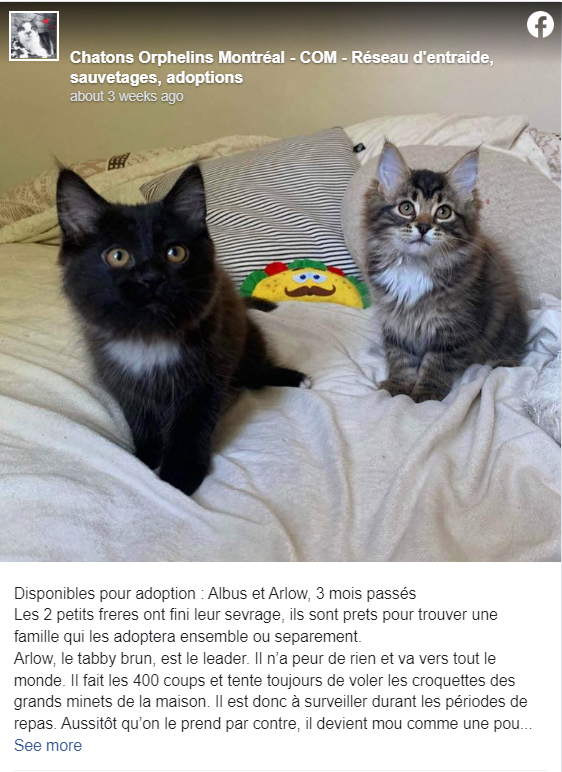 Fortunately, the 2 kittens named Albus and Arlow were doing well. Their mom was very caring and everything was going under the best auspices.

The whole feline family has therefore flourished in its new home. Babies have become carbon copies of their mother, both in terms of fur and affection. They were recently offered for adoption.

As for Anika, she was sterilized and still remains at the side of her benefactress.