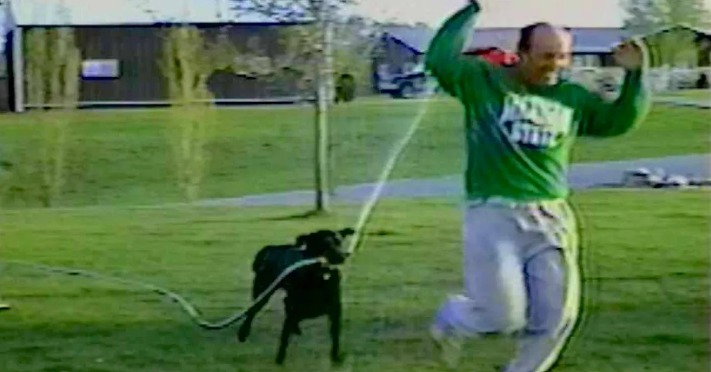 Up until the point when you’re on the other end of the hose, everything is amusing! The dog manages to grab the hose away from his owner while playing in the water on a hot summer day. The black Lab eventually gets his retribution!

The dog pursues his owner down after turning the hose on him! And it’s not just a fluke; The Lab keeps chasing his father, knocking him to the ground and dousing him in water. Hilarious!