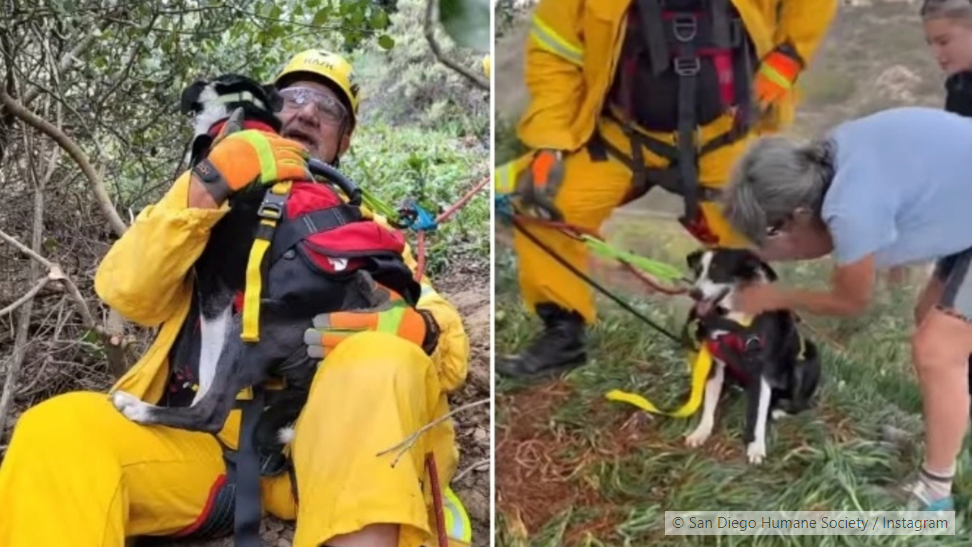 A deaf dog had taken a dizzying fall after sliding down a ravine. After an initial unsuccessful intervention, a local animal protection association called in its specialized rescue team.

On Wednesday, August 31, Hobo, an 8-year-old deaf Australian Shepherd, fell 30 meters into a ravine near his owners’ home in the Sorrento Valley neighborhood of San Diego, California.

Warned, the local association San Diego Humane Society sent agents to the scene. However, the latter could not do much for the dog, because its location was very difficult to access. One of the participants did try to descend by crossing a rock, which was however too unstable for him to continue to progress.

It was then decided to call on the association’s specialized rescuers. As soon as they arrived, the members of this ERT (Emergency Response Team) got down to work. 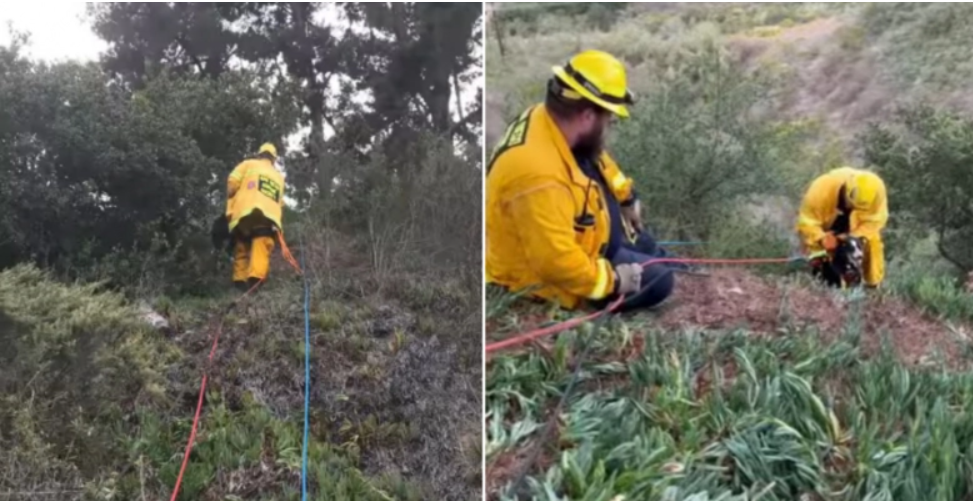 They started by deploying safety lines and then rappelling down to join the Australian Shepherd. They realized that Hobo was trapped in the brush, and his rescuers had to saw off some branches to free him.

They finally managed to hoist it up safely, after 4 hours of effort. The dog was returned safe and sound to his family. 5 people took part in this rescue.