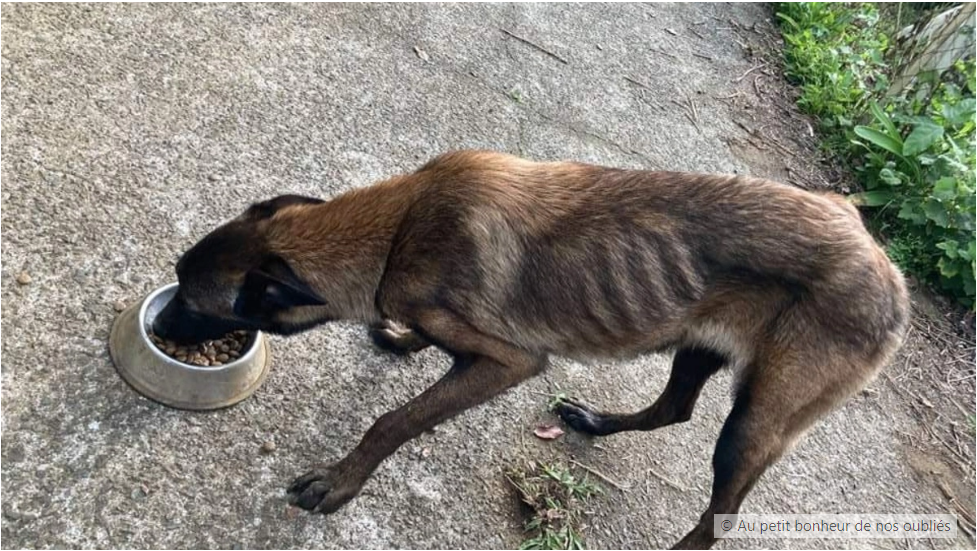 In December 2021, Bayley reached the French capital after a long journey. This new start in life allowed him to bury the bad memories accumulated on the island of Reunion. Blind and mistreated, the dog was able to count on the precious support of volunteers working for the association “Au petit Bonheur”.

Bayley is a survivor. Cadaverous, idle and alone, the Belgian Shepherd Malinois was pounding the pavement in a sad state before he was cared for by the association “Au petit Bonheur”.

“We realized that he could not see, explained the volunteers to the editorial team of Woopets, the examinations revealed total blindness, which was due to trauma. The vet assumed that Bayley had been kept in the dark forever, which didn’t allow his vision to develop. His rescuers wondered how he had managed to survive with this handicap… It’s simple: the young canine is a warrior. 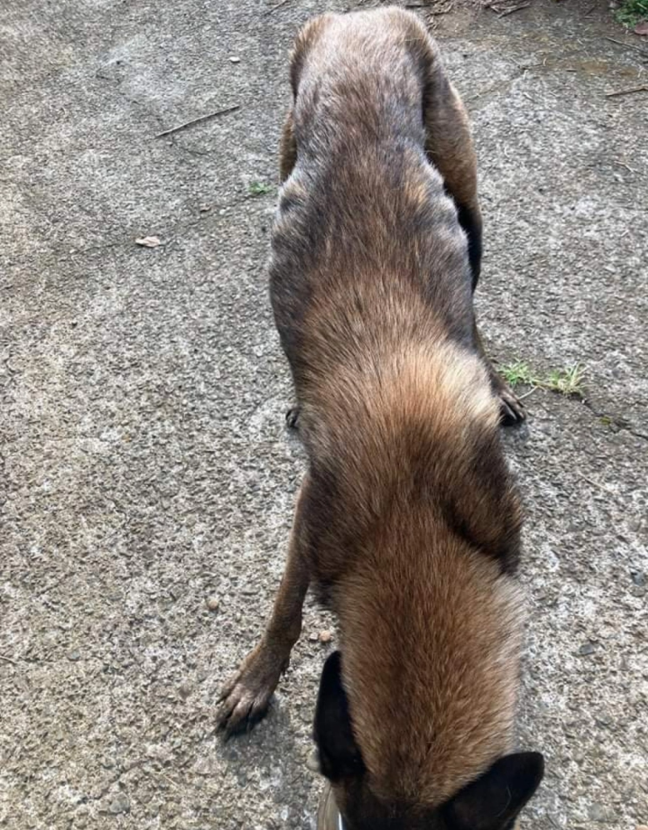 Once back in shape, the survivor was transferred to Paris. Bayley said goodbye to the rainforest, Piton de la Fournaise and the Indian Ocean before boarding the plane. After a long journey of 12 hours, the 4-legged traveller was received with open arms by a host family.

While the counter was already showing thousands of kilometres, the Malinois took to the road again: the direction the south of France, where another home hosted him temporarily. This new “on the road” adventure was made possible thanks to the association Les Anges du Rail. 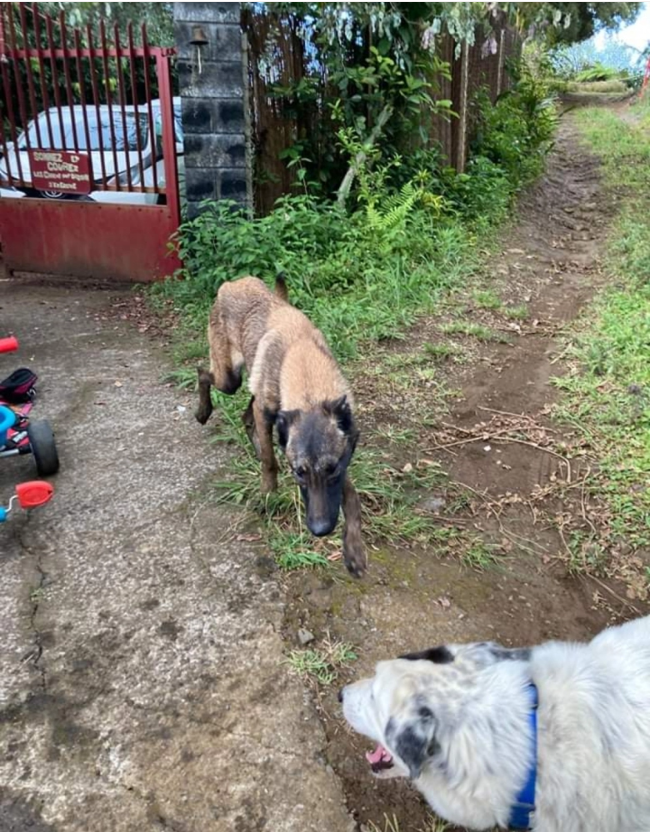 Based in the Var, Bayley benefited from education sessions adapted to his blindness. As our interlocutors reported, his educator believed “there’s a lot in him, in his intelligence and his ability to adapt”.

Joyful and “very receptive to specific learning”, the dog has undergone a remarkable metamorphosis. Our little hero quickly learned to take the stairs and get his bearings. Gifted with extreme courage, he turned his disability into a strength. Bayley is a true inspiration to us humans. 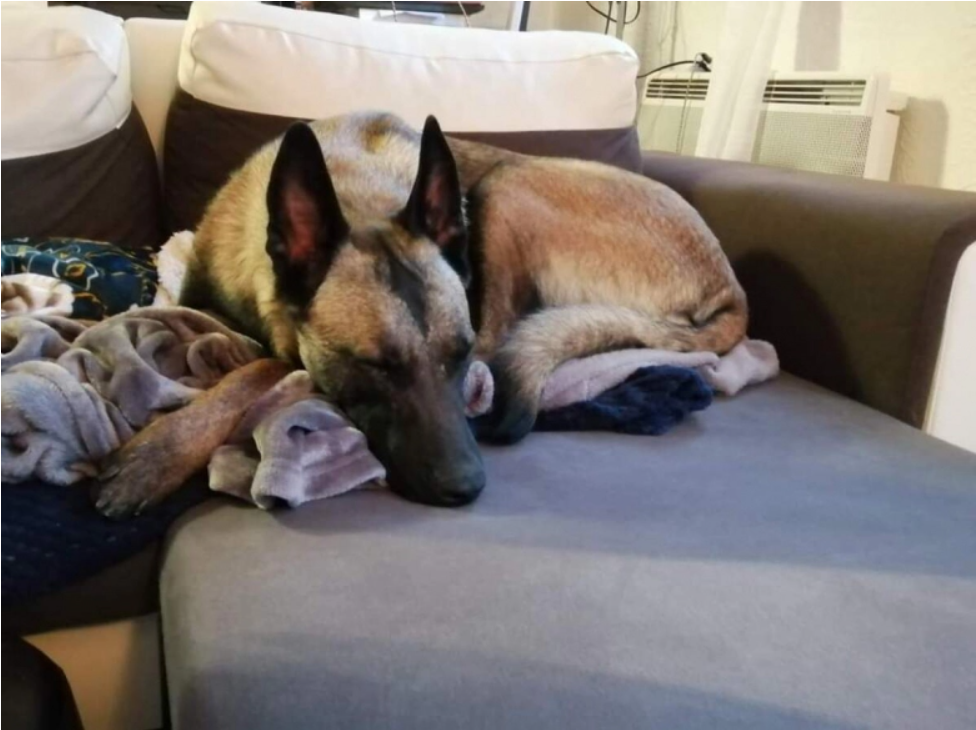 But don’t think that the great odyssey of this extraordinary dog ended there… The protagonist of this story experienced an important stage, which considerably changed his life.

“Bayley was adopted by a family that already has a Mechelen, the volunteers told us, the presence of a congener was essential to his development.” 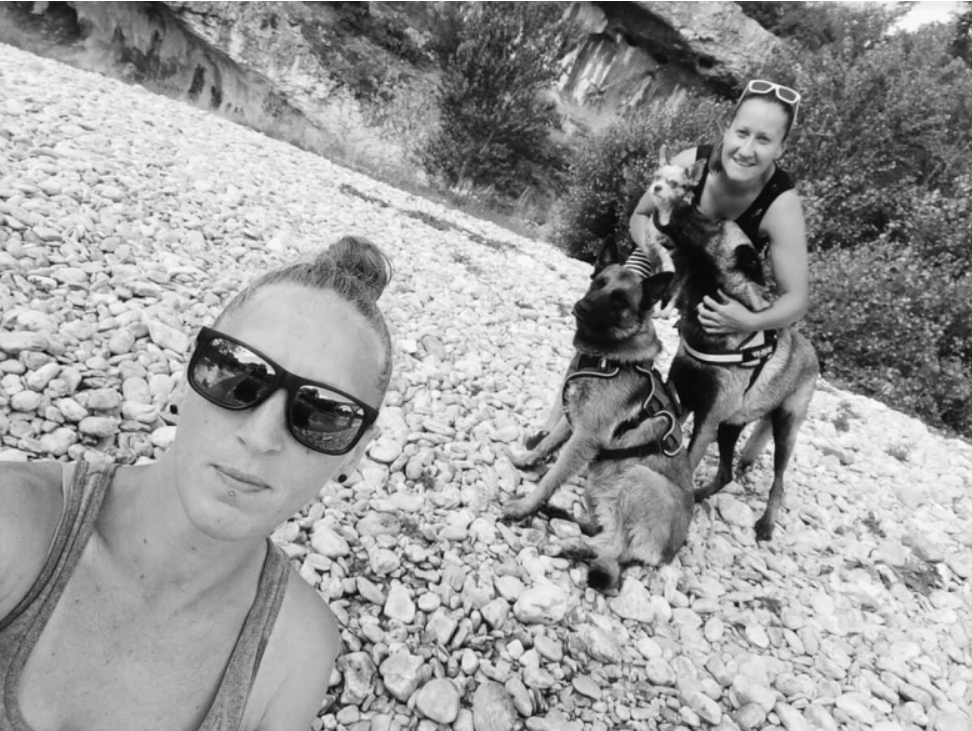 Abuse, fear, hunger, thirst, suffering… These bad conditions ended up bathing in a blanket of fog. His new life has carried away these evils of the past forever, to let serenity hold the reins.

Today, Bayley feels happier than ever. In addition to enjoying a myriad of hikes, he swims like a fish in water! “His disability is almost invisible, so much he loves life, declared Alicia, volunteer within the association “Au petit Bonheur”, he walks without a leash and obeys the reminder, guided by his sidekick and the voice of his humans.” 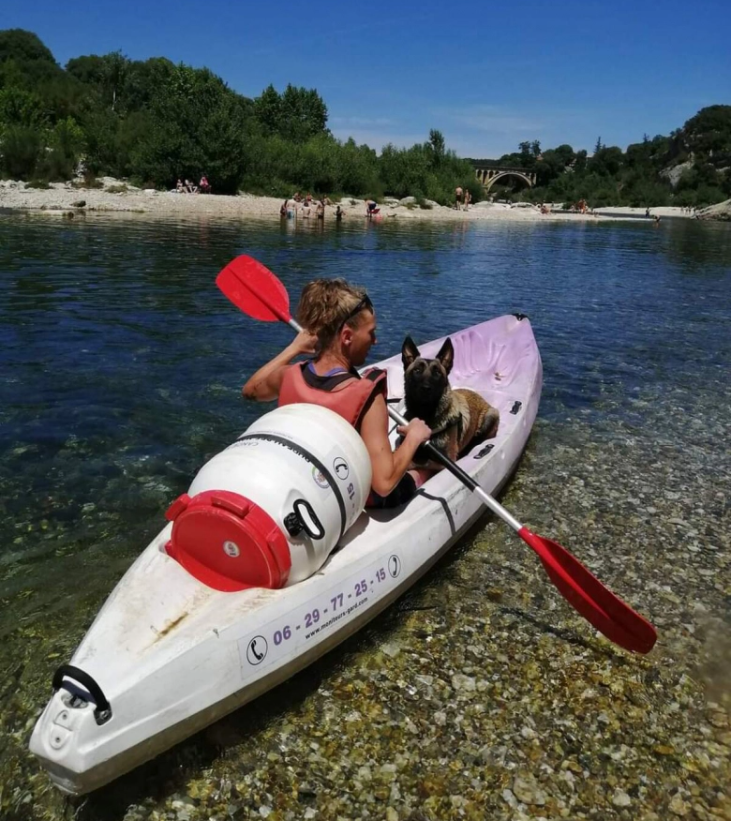 Animals teach us many lessons. Bayley, who will blow out his second candle in October, has taught the volunteers not to give up. “We were afraid for his future, concluded the members of the team, and that his handicap was an obstacle to his adoption. He proved us just the opposite.

Despite being locked in the dark due to his blindness, Bayley’s eyes sparkle and sparkle with happiness.