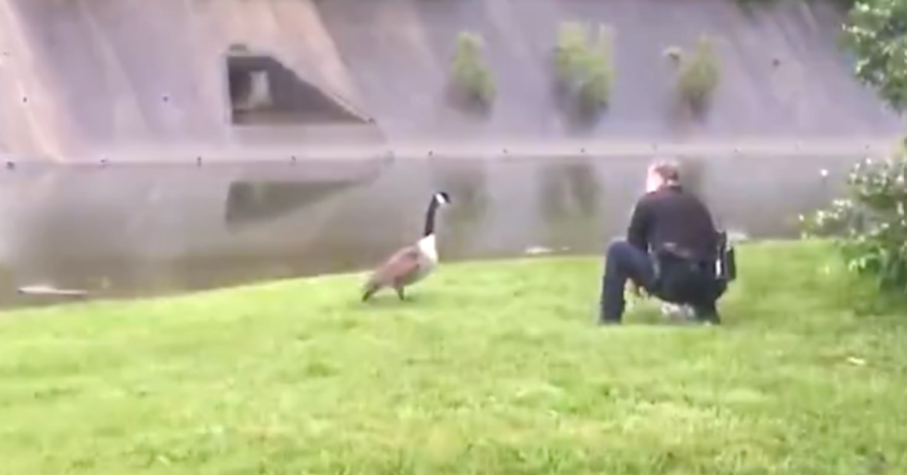 The incredible deeds of one goose left Cincinnati cops speechless. The officer attempted to feed her as she approached the police vehicle and began pecking at the door. But it was obvious that wasn’t what she wanted. The officer saw the goose go away but turn to stare at him before deciding to pursue.

A second officer responded to the call and showed up on the site. He saw a baby goose entangled in balloon string as he approached the goose. They would never soon forget it since it was one of the most amazing times they had ever had. They rescued the baby goose and contacted the animal protection organization to make sure they were safe.