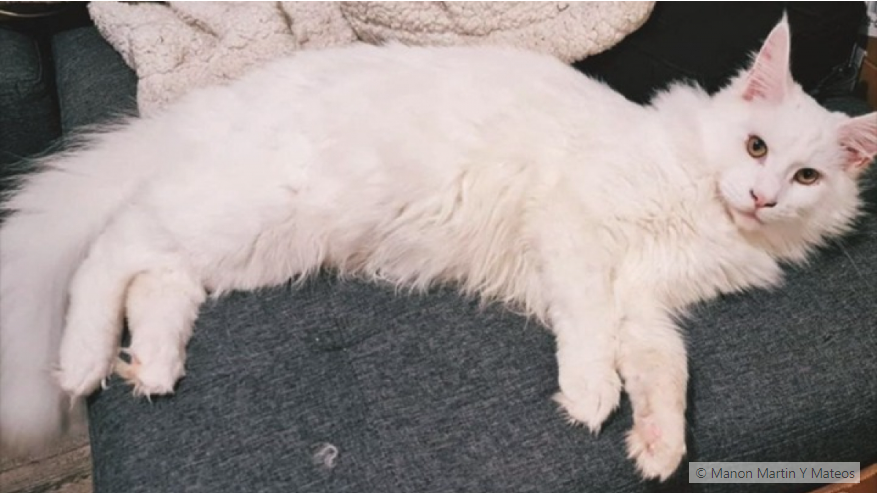 Maine Coon cats are majestic and naturally adventurous. Saïko, a magnificent one-year-old specimen, is somewhat clumsy. He fell from his apartment window. Fortunately, passers-by came to his aid. His mistress, moved by so much altruism, wishes to thank these good Samaritans.

Manon Martin Y Mateos, a young woman of 20, lives in downtown Le Mans, in Sarthe. She occupies accommodation on the 4th floor of a building with her faithful cat Saïko. The tomcat makes its owner happy and amuses her.

On Wednesday, July 13, 2022, around 10 p.m., Manon was relaxing in her living room when a lady came to warn her that a white cat had fallen from the building. Panicked, she looked for Saiko everywhere in the apartment, in vain.

« I ran downstairs. There were a dozen people outside,” recounted Manon to Actu. Indeed, passers-by who witnessed the scene had stopped to help him. 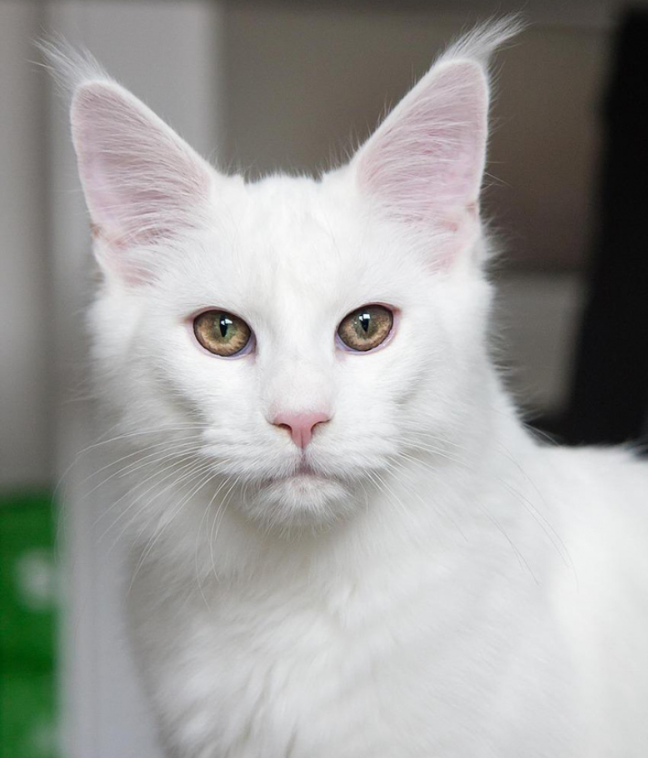 When Manon arrived there, she discovered her refugee tomcat behind the wheels of a car parked along avenue François Mitterrand. Luckily, the Good Samaritans were slowing traffic so he wouldn’t get run over.

“He had blood on his mouth as well as on one leg and he was breathing badly,” lamented his distraught mistress.

For fear of causing him additional injuries by moving him, Manon called the firefighters who advised him to contact the veterinary clinic on duty. « I got her after 10 minutes, she was in Arnage that day, » explained the young woman who does not have a driver’s license. She, therefore, contacted her family in the hope that they would take her as quickly as possible to the town located 11 kilometres from her home. But luckily, firefighters who were passing by also stopped and helped out. 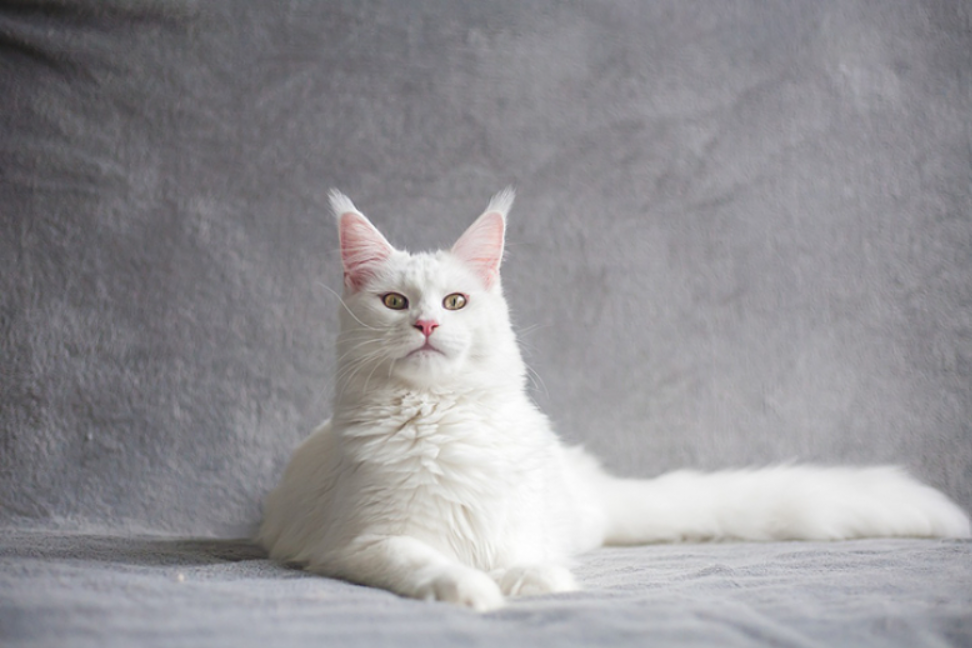 The clinical examination was rather reassuring. « His mouth was scratched, that’s why he was bleeding, » said Manon relieved. In addition, the x-rays revealed 3 fractures on each front leg, but surgery will repair them without Saïko having any sequelae.

Manon wished to find and warmly thank the people who came to the aid of her beloved cat. “They provided security and were adorable with me as well as with Saïko,” said the young woman.