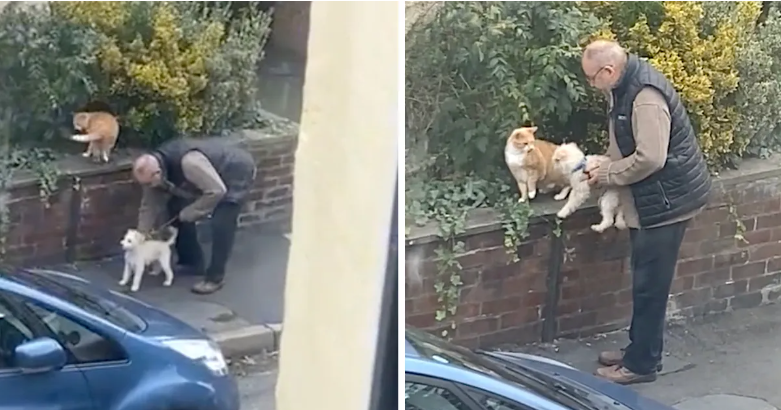 The purest moment has been captured on camera for everybody to witness, which is fortunate. Cheyenne caught a relationship blossoming as she peered out her window down to the street! When a dog-walker saw a cat perched on a brick wall, he wanted to introduce the two.

He brings his dog up to greet the cat, making sure to keep them both calm throughout their initial sniffing encounters. He then pats the cat and sets his dog back down before leaving. Sometimes in life, it’s the simple things that matter—What a kind act!