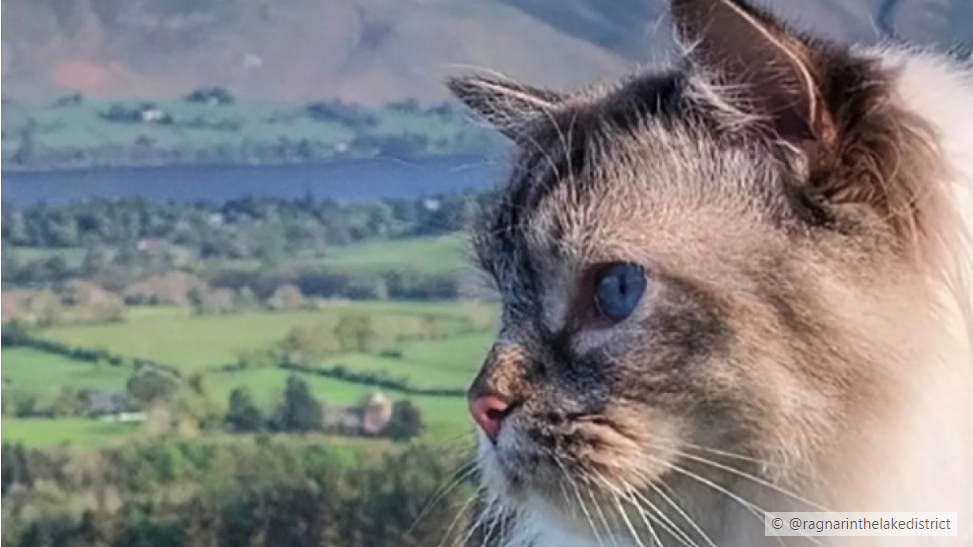 Ragnar is a magnificent cat resulting from a cross between a Highland Lynx and a Ragdoll. Now 3 years old, he takes full advantage of his mistress. But he has come a long way. His previous life had left him scars both physically and morally.

Sarah Harrison, 40, lives in Penrith, Cumbria, England. She is a caregiver at Eden Animal Rescue, an animal shelter. A year and a half ago, Ragnar arrived underweight due to heavy digestive problems. Besides, the tomcat was very sad.

« At the time, we had no room at the rescue, so my friend Alex asked if I could keep him home for the night and I never brought him back, » Sarah told the Cumberland and Westmorland Gerald.

The woman and her husband, Peter Wyatt, took care of the cat which finally flourished in its new home. “He was depressed at first, but he found joy in living in our home. However, he is not like other cats. He has very unusual behaviour,” Sarah said. 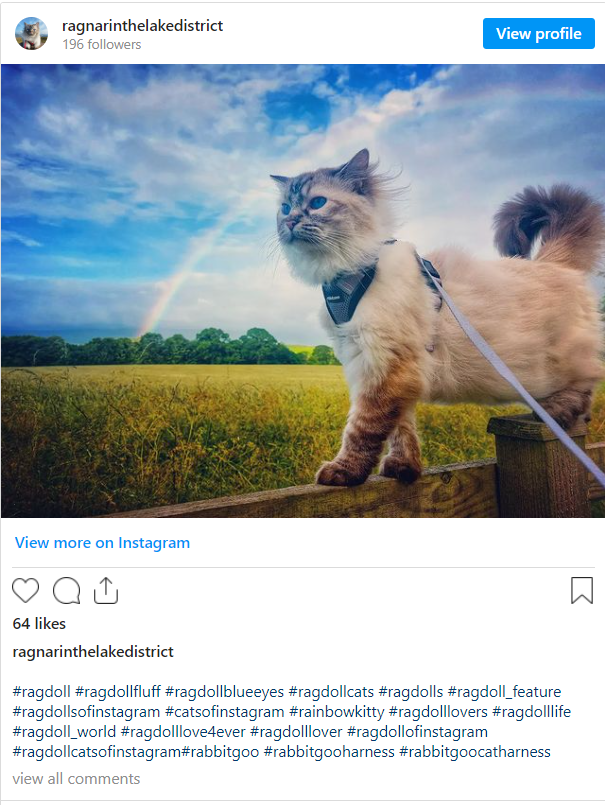 This indoor cat had never felt the rain or the wind. He had never even walked on grass, but his new masters quickly understood that he wanted more than anything to taste the great outdoors.

“I noticed he liked getting into his crate, so I took him on short trips. He loved going out! so I bought him a leash and a harness,” the owner explained. 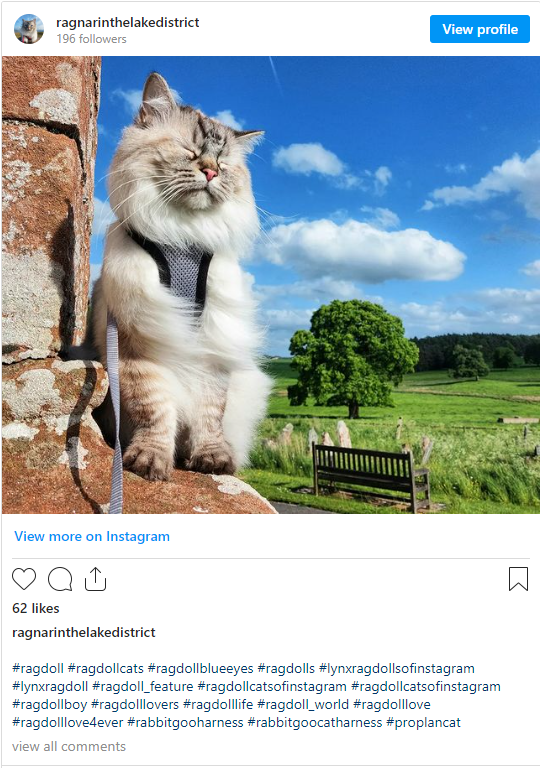 Since then, Ragnar is all the getaways. The tomcat has thus discovered many landscapes, such as the park of Little Mell Fell, the shores of Lake Ullswater, the beach of Silloth, or the pond of Crofton.

Ragnar also vacationed in a cabin at Castle Carrock. 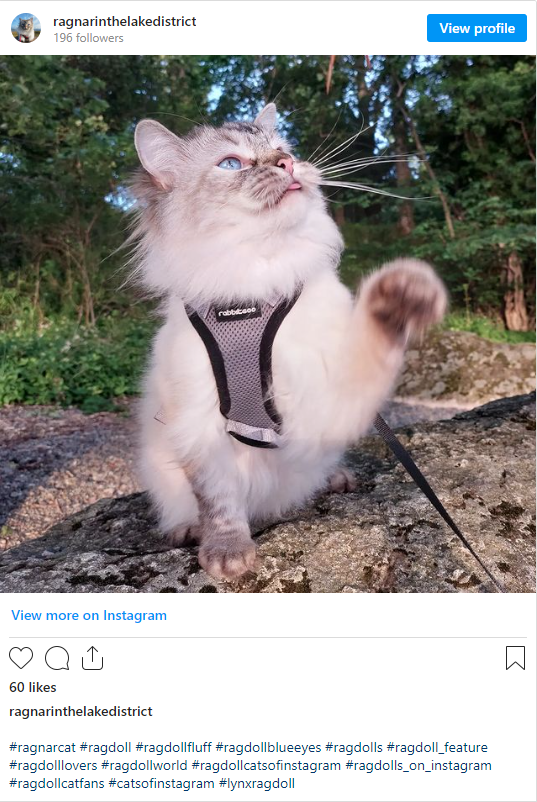 “He’s a great little character and good company. He loves people. If he sees someone walking toward me, he will go straight to them. He is truly one of a kind,” said Sarah in love with her cat.

The couple plan to travel to Hallin Fell soon for a hike with Ragnar.