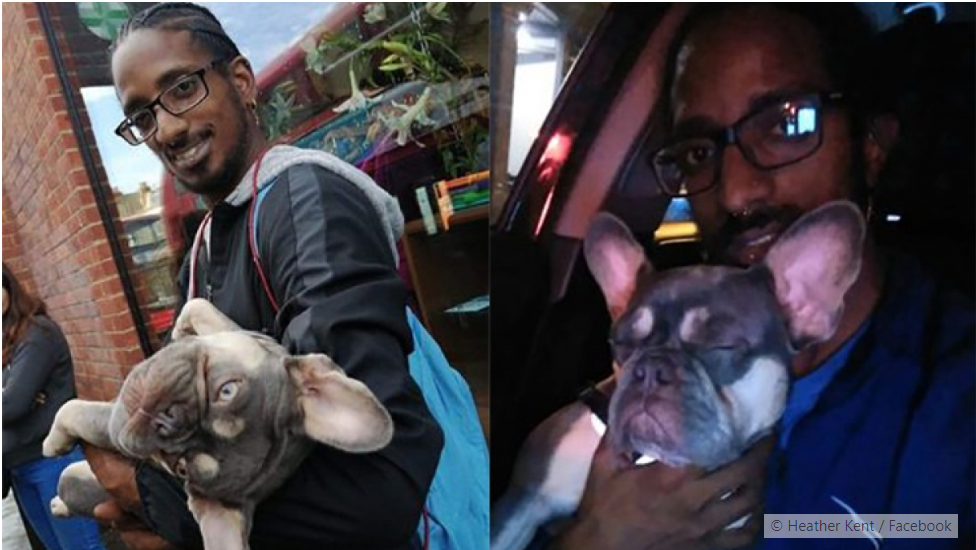 André Kedroe was only a shadow of himself after having his faithful dog named Skyla Blue stolen. His efforts to find her were not in vain. On Friday July 22, a woman contacted him to tell him that she had her safe and sound

André Kedroe is a 33-year-old deaf man. Skyla Blue, his French bulldog, assists him on a daily basis.

On Saturday July 2, 2022, André went to an event to celebrate Pride in Soho, central London, England. That’s when he had his dog replaced. André has indeed explained that he thought he had been drugged, because he no longer has any memory from 11 p.m. He also had his backpack stolen with all his personal belongings (passport, money, glasses, hearing aids, etc. He woke up at his home in Lewisham a few hours later without Skyla Blue, much to his dismay. “I try to be nice to everyone and I don’t understand why this happened,” he told the Mirror.

Since then, André had moved heaven and earth to find his faithful companion. The web was indeed flooded with wanted notices. 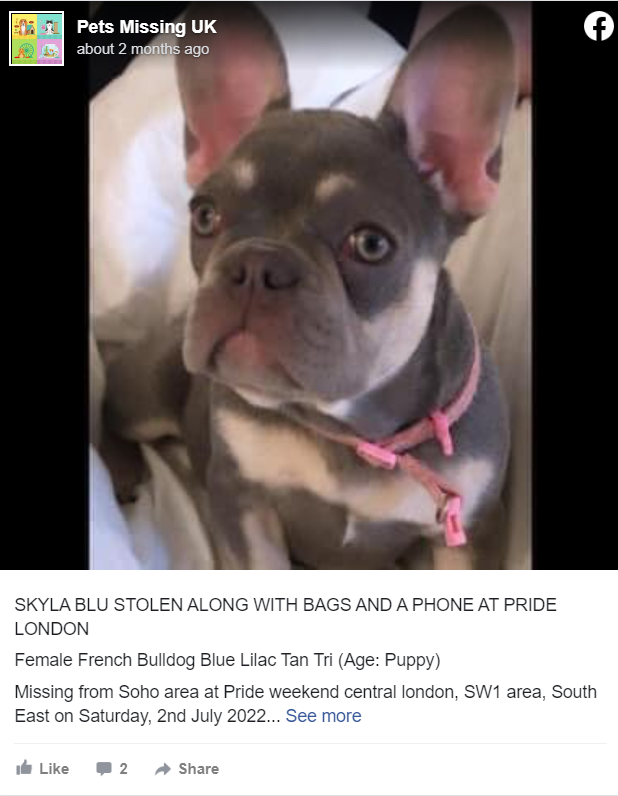 A woman, still unidentified, recently claimed that André had asked him to babysit Skyla Blue while he went to the bathroom. However, in 3 weeks, she did not show up. It was when she discovered the announcements posted on Facebook concerning the disappearance of the canine that she decided to return the dog to her owner.

Fortunately, Skyla Blue is doing well. She is tired and disoriented, but is delighted to have found her master after almost a month of separation.

“I’m exhausted, but I’m coming back with my father where I belong. Thanks to everyone,” André wrote on social media.