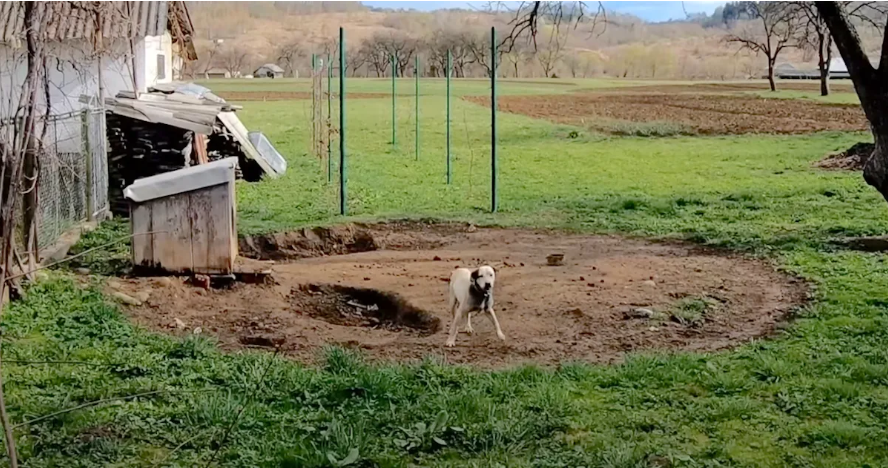 This pit bull has spent his entire life stuck to a doghouse on a long chain. After Russia attacked their country, his owners abandoned him during the evacuation, leaving him with nothing. A chain so short it almost touched the kennel, no food, and no water. But its tiny tail continued to wag.

When the rescuers from Love Furry Friends arrived, Toby was overjoyed to see them! The chain had made a severe incision into his neck because he was not wearing a collar. They took him back for a checkup and his first ever bath, and his life will never be the same! The dog then went on to clasp his rescuer’s hand and plead to be saved, and that’s precisely what occurred.