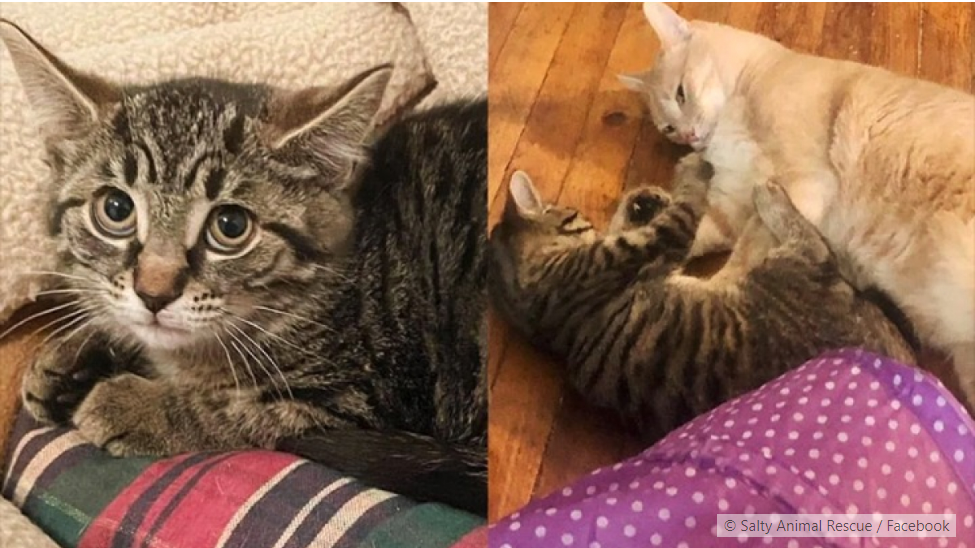 Pepper arrived at the shelter with a friend named Salt. The poor cats had only known the life of stray and wild cats, so they were terrified. If Salt adapted rather quickly, Pepper remained fearful and uncomfortable. Then she met her guide who changed everything.

The Salty Animal Rescue association, located in Ontario, Canada, has been entrusted with 2 young felines, Salt and Pepper. They were not from the same litter, yet they were both afraid of humans.

It was obvious that they were not socialized, and obviously, their few past experiences had not reassured them.

“They were both found wandering the streets of Hamilton. We’re here to give them the chance they deserve,” shelter co-founder Karly Saltarski told Love Meow. 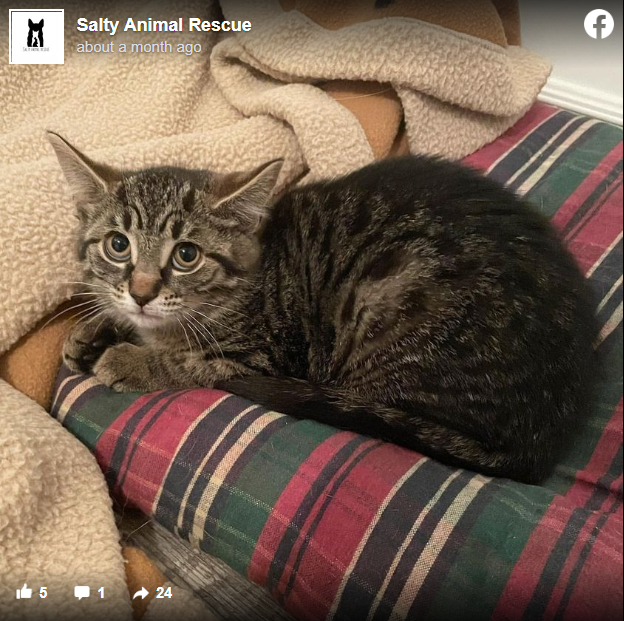 By dint of patience, kindness and appetizing food, Salt came out of her shell, but Pepper remained prostrate at the bottom of her cage.

Karly gave him his full attention for many weeks. Once the certificate of good health issued by the veterinarian, the rescuer decided to try everything. 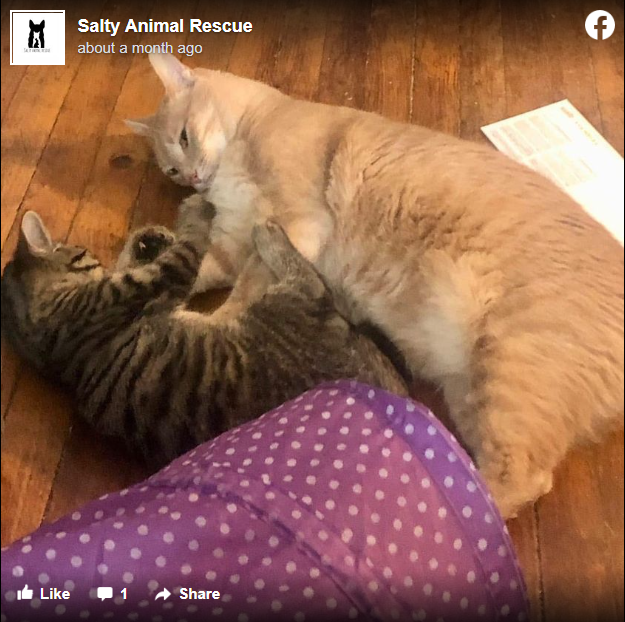 Pippen immediately understood what his mission was and got down to it without delay. He took Pepper under his wing to teach her the ropes of the domestic cat trade. 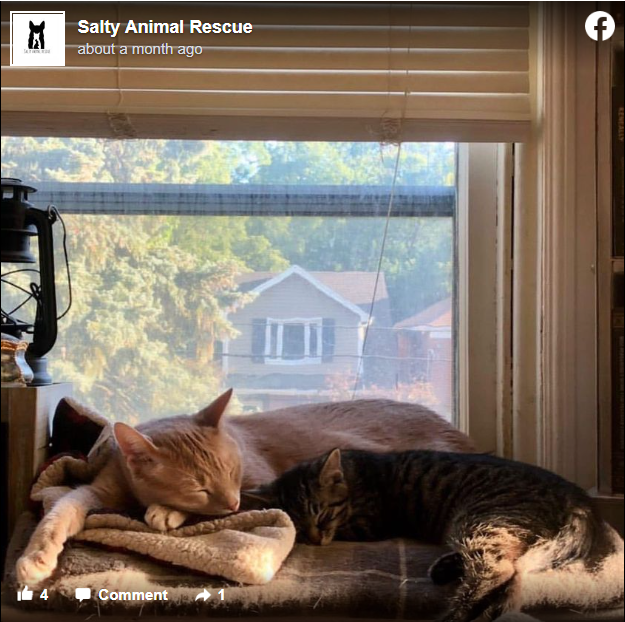 A mutual bond quickly developed. The wild kitten felt safe with her mentor, so she decided to follow his example.

“She has come an incredible journey. Since she’s been with Pippen, she’s been acting totally different,” the elated Karly revealed.

Now 15 months old, Pepper is unrecognizable. She always seeks Pippen’s presence at siesta time, but also willingly allows herself to be pampered by her benefactress. She determined that it was time for the young lady to find her final home. She is therefore up for adoption.