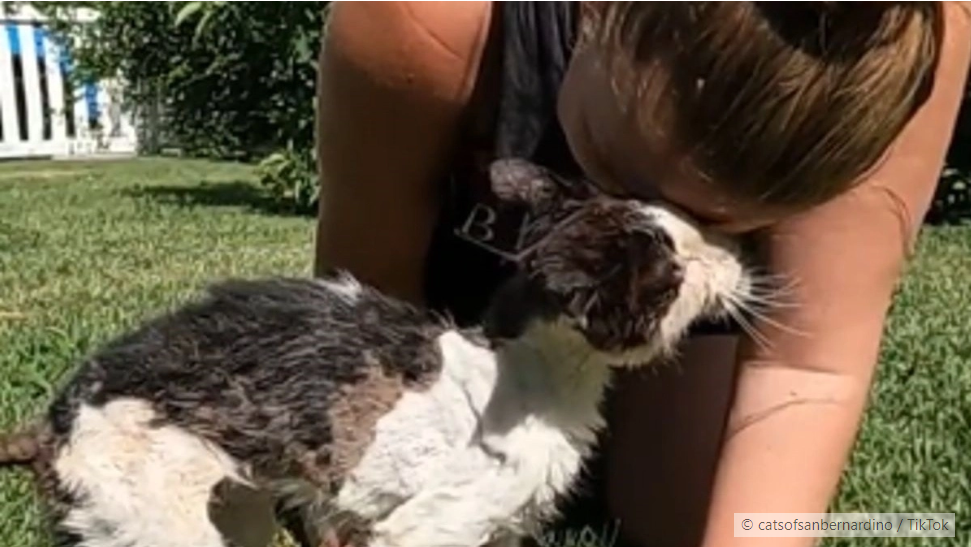 Arriving at the shelter in a very bad condition, Santana was treated and feels better and better. Although stricken with cancer, he is determined to enjoy life to the full and to give affection without counting on those who take care of him.

A seriously ill cat has given a real lesson to all who meet him, since arriving at care by a Californian animal protection association. A story reported by One Green Planet.

In great pain, Santana had been spotted by a family as he wandered through his neighbourhood in San Bernardino, California. They had started to feed him, but it was clear he needed care. They then contacted the local shelter, called Cats of San Bernardino, about him. 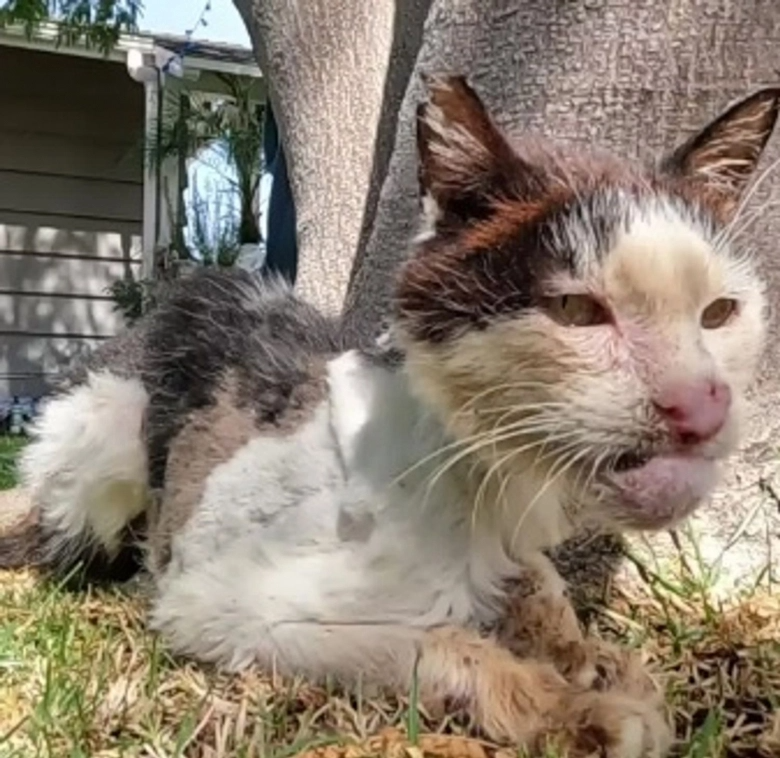 “It hurts our hearts to know how many people had to walk past him without trying to help him,” the organization said. Fortunately, this family did the right move by approaching Cats of San Bernardino.

When she arrived at the shelter, Santana was extremely thin despite the efforts of the family. He suffered from dental and respiratory problems, as well as infections. The vets also discovered that he had terminal cancer.

Small progress every day. They gave him pain-relieving treatments. They also placed him in an incubator to help stabilize his body temperature. The cat seemed to feel safe there. 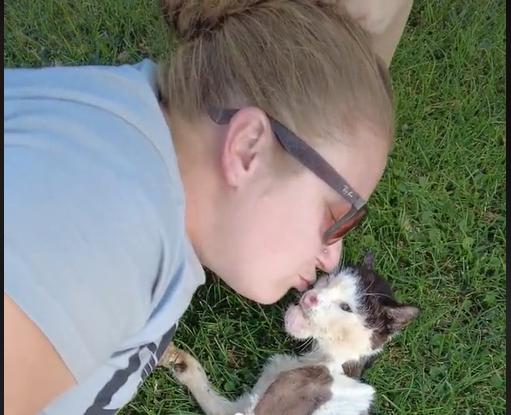 “Santana is making small progress every day,” continues the association. He is starting to drink again on his own and in large quantities, which is a novelty. The feline loves cuddles and has taken to snuggling up to volunteers to fall asleep. Despite the illness because of which he does not have long to live, Santana lives each moment intensely and radiates all those around him with his good mood.