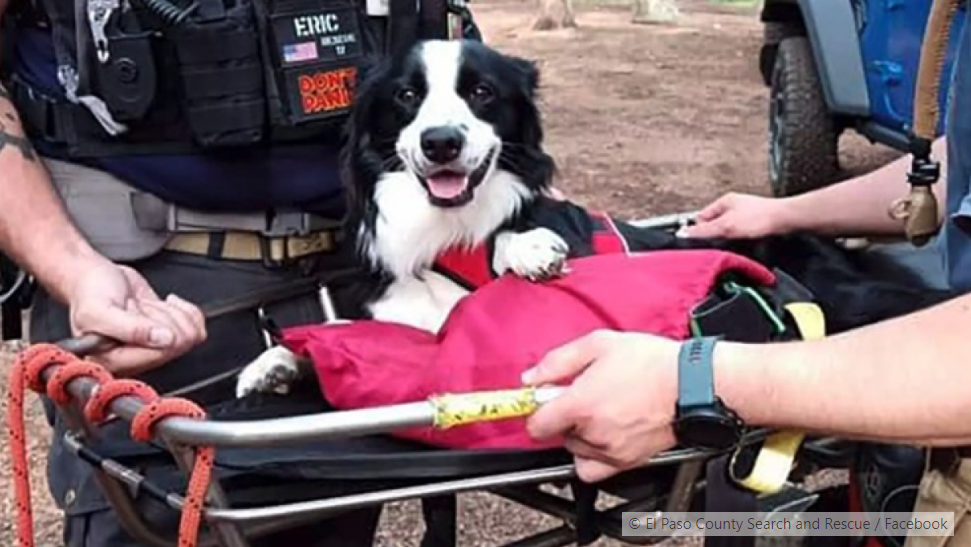 The dog called Roland was used to travelling long distances, but the extreme heat exhausted him. Its owner, therefore, appealed to the rescue group in the area.

Sunday, July 24, 2022, a man and his dog went for a hike in the mountains of Manitou Springs, in the state of Colorado in the United States.

The duo was enjoying a pleasant walk in the fantastic landscape. But once at the top, Roland, the brave doggie, began to show signs of weakness. The poor animal showed its difficulties by refusing to get up. In addition, he was panting excessively.

His loving owner initially carried his dog for several miles, but eventually contacted volunteer rescuers from the nonprofit El Paso County Search and Rescue (EPCSAR), who intervened without delay.

“Our team was called early this morning to assist a 4-legged hiker down from Barr Camp,” a spokesperson said”. 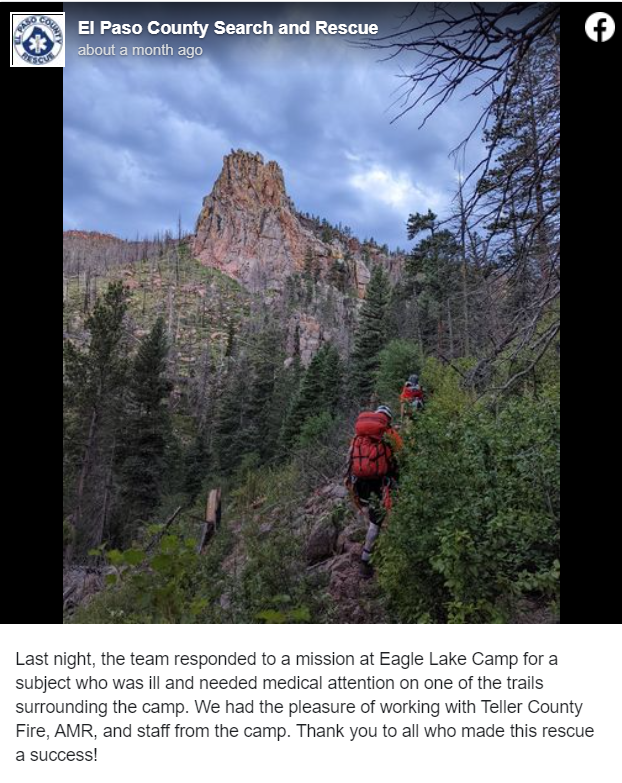 The rescuers are accustomed to this rocky environment. They covered the 10.5 kilometers of trails that separated them from Roland in record time. They arrived on site on Sunday late morning.

They provided first aid to the canine and then laid it on a stretcher. The troop then went back down to the parking lot where the owner was parked. “Roland and his father were extremely grateful that we were able to lend a hand and get them to their vehicle safely,” a spokesperson said in a Facebook post. 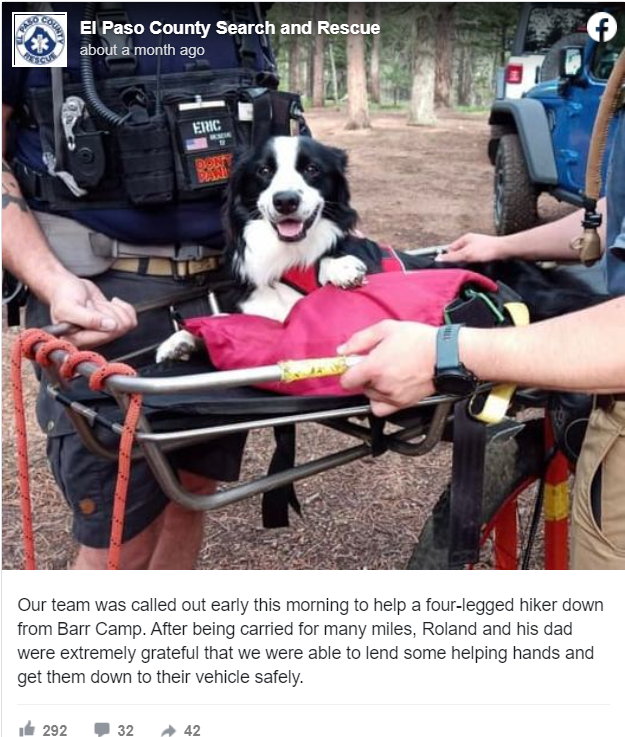 Roland was examined by a veterinarian. Today, he is doing wonderfully and is ready to leave for new adventures. His master warmly thanked the rescuers for their act of bravery.