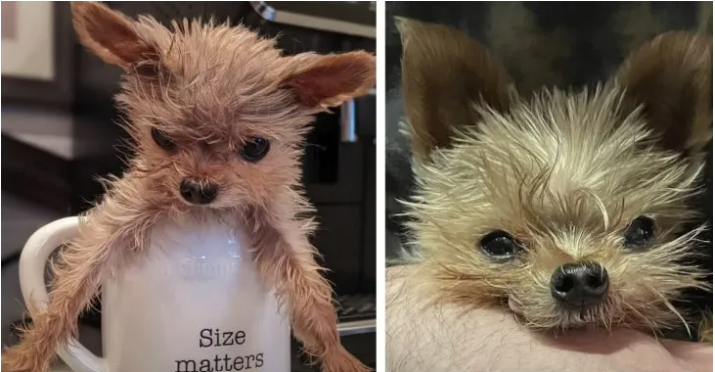 Pipsqueak was neglected and undernourished when she was raised in what could be called a puppy mill. A rescue organization rescued the canines when the premises were searched. Pipsqueak was given only a few months to live until a woman chose to adopt him. She decided to give her the finest last few months possible.

When she arrived at her house, she discovered the little dog’s attempt to bark was accompanied by a duck-like quack. She had many cute idiosyncrasies, but this one stood out the most. Then something surprising occurred: Months turned into years, and now, eight years later, Pipsqueak is still having a good time in her own way! Mom wouldn’t exchange her for anything in the world since she is so exceptional.