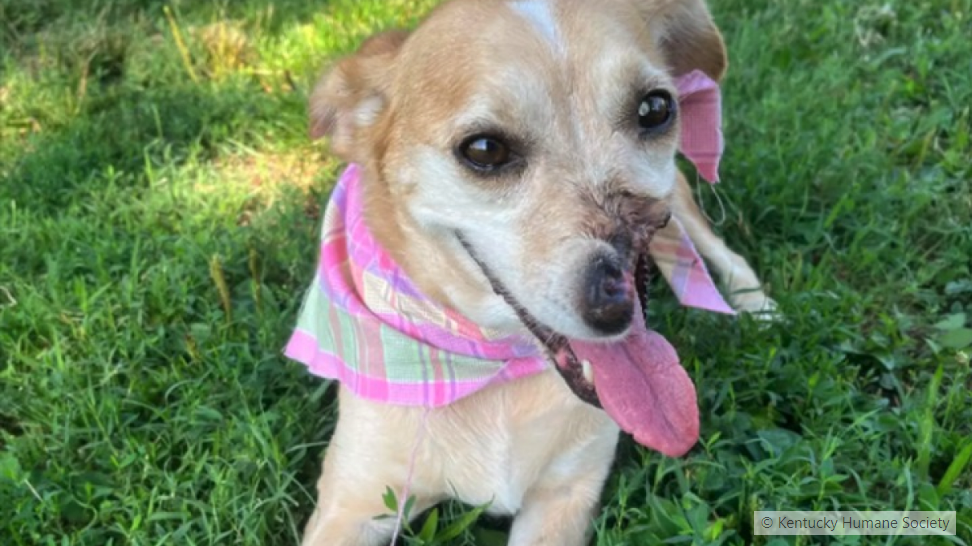 Nona, a 5-year-old dog, had a difficult start. However, the association that supported her did its utmost to allow her to have the chance to enjoy life to the full. Today, she is happier than ever despite her disability.

Nona, a cross between a Jack Russel Terrier and a Labrador Retriever, came to the Kentucky Humane Society shelter in 2018.

The unfortunate was in a sorry state. She had been shot in the face. « Nona was shot with a gun and the bird shot spread throughout her little body, stripping half of her snout, » a spokesperson said.

Fortunately, the young dog received the necessary care for her remission and was able to recover despite serious sequelae.

In addition, Nona suffers from a cataract in her left eye which affects her vision. However, nothing taints her joy of living. « Despite everything she’s been through, she’s the happiest on the planet! She greets people she doesn’t know with great tail wagging,” the spokesperson said. 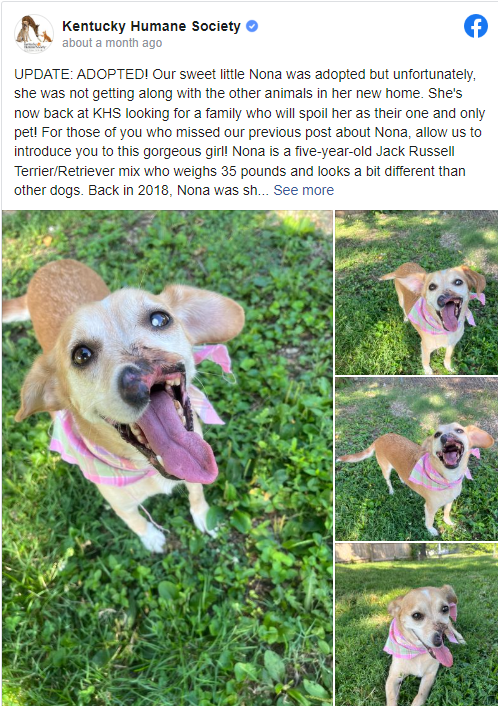 The volunteers pampered the young survivor and became deeply attached to her. They set out to find her forever home so she could get all the love she deserves.

The rescue group therefore launched an SOS on social networks. A woman came forward and adopted Nona. However, she returned to the shelter a few days later because she did not get along with the cats in the house.

The members of the organization felt sorry for Nona, but did not give up. They specified on the description sheet that she had to integrate a household without animals and that « having only a half-snout makes her snore quite loudly ».

Fortunately, Brandy, a nurse from Louisville, was charmed by Nona and came to meet her. “The couple hit it off immediately! She adored her and the feeling was mutual so she decided to officially make her a member of her family,” the relieved shelter said.